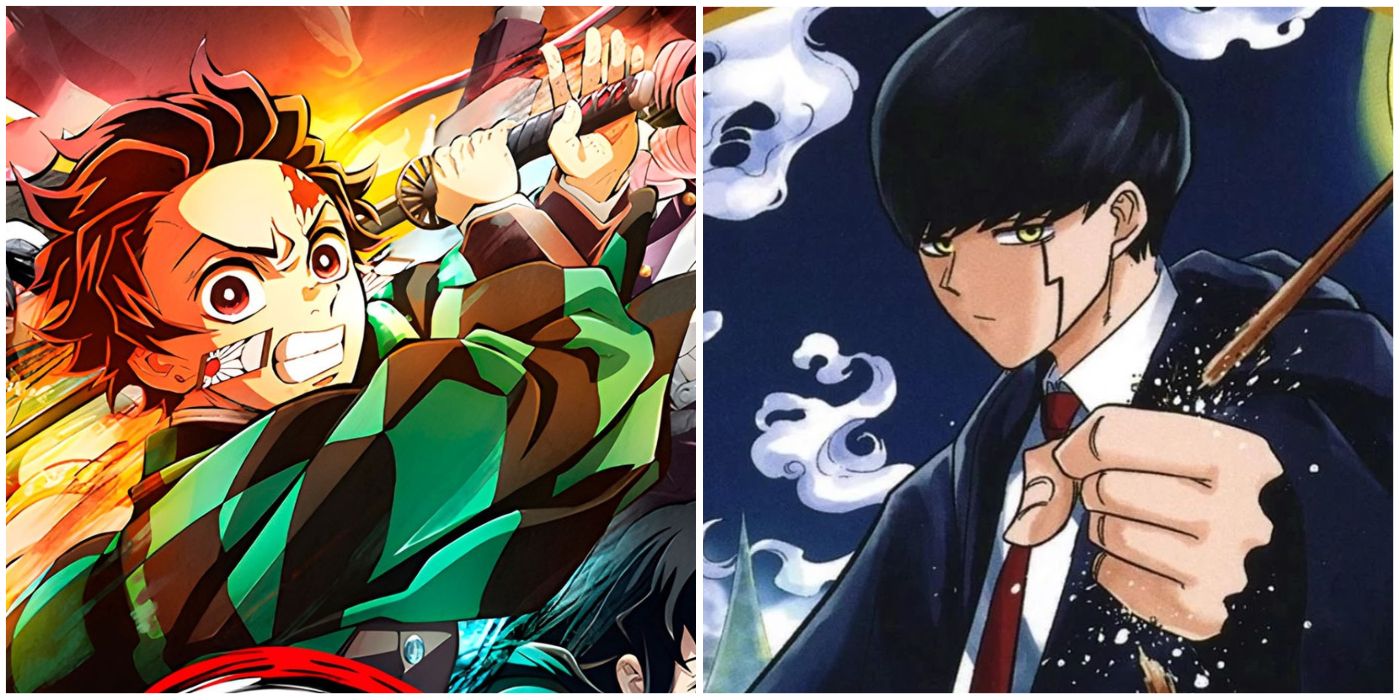 Many anime fans agree that 2022 was a strong year for anime, and the Fall 2022 season, in particular, was simply packed with one superstar anime series after another. 2022 may seem like a tough act to follow, but fortunately for anime fans everywhere, 2023’s lineup easily rivals 2022 at its best.

RELATED: 15 Most Disappointing Anime in 2022

Even just a few weeks into 2023, anime fans can list dozens of exciting new and returning anime titles that will dominate the airwaves this year. A handful of fan favorites will return with new seasons, and a few other must-watch anime will make their debut to help keep the anime industry fresh with new characters and new stories.

2023’s winter anime lineup features several fan-favorite returning series to help 2023 start off with a bang. One long-awaited anime is the seinen title Vinland Saga, continuing the tale of Thorfinn Karlsefni the antihero and his adventures across medieval Europe.

Back in Season 1, the bitter Thorfinn swore to slay his father’s killer, only to lose his chance at revenge and end up sold into slavery in Denmark. Now a pacifist, Thofinn must face his bloody past, reinvent himself, and form a plan to buy back his freedom before he can create Vinland across the sea.

Welcome to Demon School, Iruma-Kun! returned in the Fall 2022 anime season with its third season, and this colorful isekai adventure continues in the Winter 2023 season as well. Many generic isekai titles have come out recently, such as My Isekai Life, but Iruma-Kun! is a different beast.

Iruma-Kun! is a cartoony, heartfelt isekai story about the deredere Iruma Suzuki trying to survive and thrive in the demonic Netherworld with his classmates. He has made many friends and allies by now, and he will need them all, plus a new bow, to survive the Harvest Festival challenge.

8 Mashle: Magic And Muscles Will Be A Fine Parody Anime In Spring 2023

Manga fans already love Mashle: Magic and Muscles as a bizarre but engaging cross between Harry Potter and One-Punch Man, and Mashle will get its anime in Spring 2023’s lineup. The story is almost like My Hero Academia as well, set in a magical world where being born without supernatural talents is a serious problem.

Protagonist Mash Burnedead has no magic, but he’s got superhuman physical strength and speed to make up for it. He’ll need the magic of bulging biceps and infinite stamina to survive at the Eaton school, where he must merely pose as a wizard and survive countless challenges.

7 Oshi No Ko Explores The Dark Side Of Idol Entertainment

Oshi no Ko is another popular, gripping manga that’s about to get its anime at long last in 2023. Author Aka Akasaka of Kaguya-Sama fame wrote the story, meaning anyone who loves a playful but also emotionally complex and deep story is bound to enjoy watching Oshi no Ko.

This anime will explore the surprisingly brutal pop idol industry, exposing the industry’s polished lies and vicious drama for all to see. Protagonist Ai Hoshino is an idol with a secret, and there are those who mean her harm because of it. Even all the fame and money in the world might not save Ai from catastrophe.

The Dr. Stone manga may be over, but for anime-only fans, the Stone Age adventure is still ongoing, with another season right around the corner. The Stone Wars saga is over, with Senku’s Kingdom of Science bigger and better than ever, with Tsukasa’s thugs now following him as manual laborers.

The upcoming New World arc will expand Senku’s world like never before, with the teen scientist and his crew preparing to sail across the vast ocean to find new resources and opportunities. This means awakening a brand-new character with a strong personality and even stronger navigation skills to help.

Demon Slayer has long since established itself as a shonen must-watch with two seasons and the Mugen Train movie, and there is plenty of adventure left to go. Shonen anime fans will definitely tune in to Demon Slayer‘s Swordsmith Village arc, which will showcase a few Hashira and demon Moons alike.

Tanjiro Kamado and his friends will visit a reclusive village where Nichirin swords are forged, and there, Tanjiro will meet many new friends and enemies alike. And as brutal as Daki and Gyutaro had been as the Upper Moon 6, Tanjiro will feel fear when even higher-ranked Moons make their debut.

In Fall 2022, the long-running Bleach anime returned after 10 years off the airwaves with an exciting new story arc, updated animation, and new music, and fans couldn’t get enough of it. In 13 episodes, the Thousand-Year Blood War story arc pushed Bleach and its characters in bold new directions, and there’s more to come.

In the Summer 2023 anime season, fans will join protagonist Ichigo Kurosaki once again as he fights to free the world from king Yhwach’s menace. Ichigo will face many new Quincy foes, fight alongside old allies, and even contend with a shocking betrayal along the way.

Jujutsu Kaisen is Bleach‘s spiritual successor, and it’s like a meaner, leaner version of Tite Kubo’s original shonen classic. Fans loved the first season a few years ago, with the kind protagonist Yuji Itadori leading the way into the violent, dark world of curse monsters and sorcery.

Now, after the fantastic Jujutsu Kaisen 0 movie, it’s finally time for the main anime’s second season. It will air in the Summer 2023 anime season, including flashbacks of a younger Satoru Gojo and his strained relationship with his friend, Suguru Geto.

The popular parody isekai anime Konosbua has two seasons and a movie called Legend of Crimson. For a time, it seemed Konosuba‘s anime would end there, but then the good news arrived: Konosuba is getting a third season in 2023, and any and all isekai anime fans are encouraged to watch it.

Konosuba fans are in for a double treat in 2023, actually. Aside from the main series, the Megumin spinoff manga is also getting an anime, known as An Explosion On This Wonderful World!. However, it’s not yet clear if the two Konosuba seasons will air at the same time or not.

1 Attack On Titan Is In Its Endgame

The long-running Attack on Titan anime is a classic example of patience paying off with incredible results. This anime’s final season was split up into several parts, and at last, the final part will air in 2023 to finally bring this brutal Titan war to a close for all time.

Eren Yeager has risen as a mighty antihero who will use the Founding Titan’s power to destroy the non-Eldian world and fulfill his people’s destiny. Or at least, that’s how Eren sees it, while many of his former friends and allies are now fighting him to save what remains of the world.