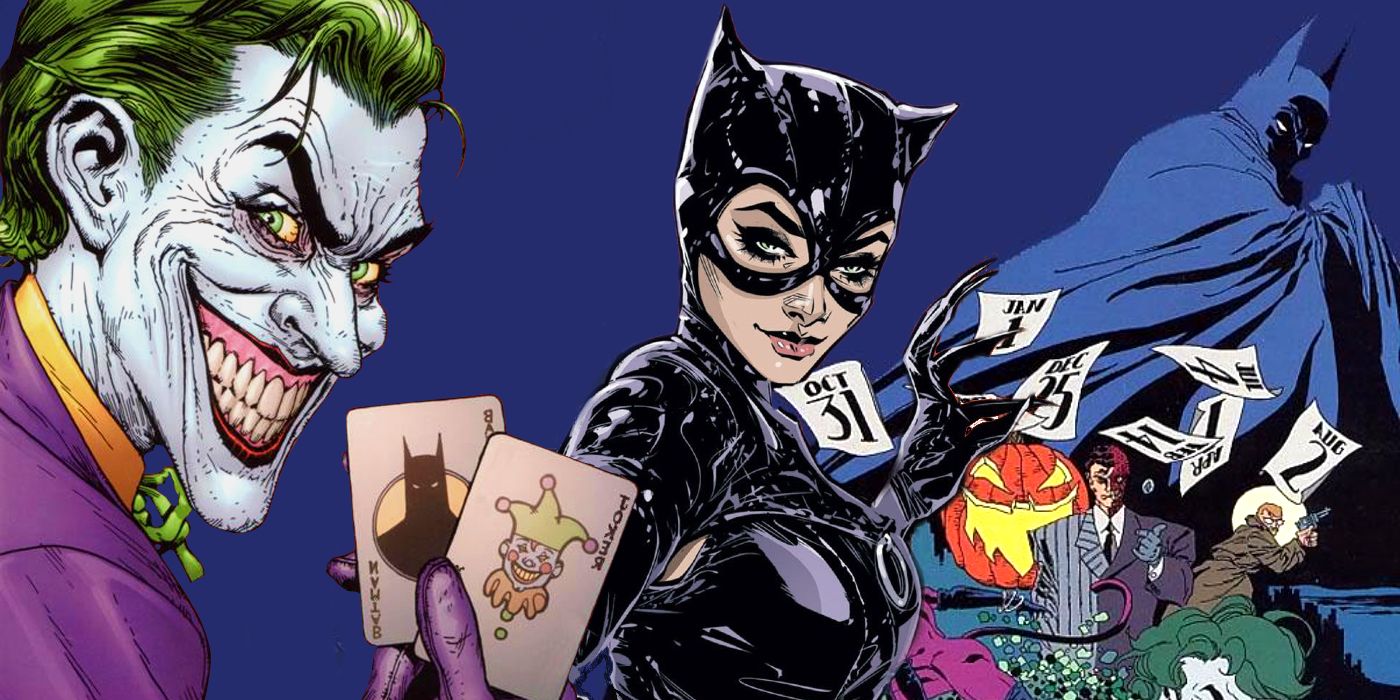 While comics are an exciting and even enticing medium, long stretches of continuity and years of reboots have made getting into DC Comics somewhat inaccessible for the average reader. It can be difficult to find an appropriate starting point, leading many readers to feel overwhelmed when looking to begin stories with new characters.

RELATED: 10 Best Batman Comics You Can Read With No Context

Of DC Comics’ vast library of content, their Batman comics are notorious for being referential and deeply entangled in past events. However, there are still plenty of comics to choose from where the emphasis is less on continuity and more on the story at hand.

Young adult graphic novel Batman: Nightwalker may be aimed at teenagers, but it’s enjoyable for readers of all ages. It started as a prose novel and was then adapted into comic book form. It presents a different interpretation of Bruce Wayne’s early days as Batman, depicting him working in Arkham Asylum and befriending a young woman there.

Batman: Nightwalker also gives insight into Bruce Wayne’s character before be puts on the cape and cowl — his hopes, fears, and how he copes with the loss of his parents. It’s essential reading for anyone looking to understand what drove Bruce to heroism to begin with.

9 Killing Time Is A Glimpse Into Batman’s Past

Written by Tom King with art by David Marquez

Killing Time is a six-issue limited series that tracks the beginning of Batman’s tumultuous relationship with Catwoman. It pits Batman against three much-loved villains: the Riddler, Penguin, and Catwoman herself. It also starts with a heist that goes horribly wrong — or horribly right, according to the villains.

Equal parts mystery and character-driven drama, Killing Time shows why stories set in Batman’s past can be enjoyable and accessible points for new and old readers alike. Additionally, Tom King weaves an explosive story with plenty of twists and turns.

8 Face The Face Tells The Story Of A Tortured Soul

Batman: Face the Face is commonly considered an excellent starting point for getting into the Modern Age of Batman’s comics. While it does include an array of characters not all readers may be familiar with, it tells an excellent, gritty tale that isn’t strongly impacted by the stories preceding it.

The story of Two-Face and Batman’s complicated friendship is a long one, but at the start of Face the Face, they’re on the path to friendship once more. However, a series of eerie murders drives Batman to investigate his friend as a suspect. The resolution and aftermath are equal parts wholesome and tragic.

7 The Monster Men Terrify In This Hugo Strange Tale

Batman and the Monster Men is a story from early in Batman’s crime-fighting career. It will be of particular interest to readers who love deeper looks into villains’ psyche, since this story spends a lot of time in Hugo Strange’s head.

The eponymous Monster Men are little more than one-off villains, so it’s unnecessary to have an in-depth understanding of their role in the wider Batman continuity. Most of the other characters are, likewise, minor or one-offs. Batman and the Monster Men adds to the Dark Knight’s rich history without being bogged down by all that precedes it.

Written by Tom King with art by Mikel Janin

Batman and Catwoman have one of the greatest romances in DC history. The War of Jokes and Riddles provides the context on why she agreed to marry him. It also tells the tale of two of Batman’s greatest foes, the Riddler and the Joker, and their bloody battle to rule Gotham city.

The War of Jokes and Riddles also heralded the return of a popular minor villain from the past, Kite Man. This tragic eight-issue storyline gives insight on Batman’s character and what makes him such an effective hero. Furthermore, it proves to readers that he’s a good man.

The Man Who Laughs offers an introduction for the most significant of Batman’s enemies: the Joker. The Clown Prince of Crime has had a longstanding antagonistic relationship with Batman, and this story takes readers back to the very beginning of his first crimes.

The Man Who Laughs can be read on its own, since it doesn’t rely on previous continuity to tell its tale. However, it does have a follow-up, called Batman and the Mad Monk. These two comics are an excellent place to begin exploring Batman’s comics.

4 The Long Halloween Is A Serial Killer Showdown

A vital read for fans of the popular movie adaptation, The Long Halloween is a dark tale set early in Batman’s career and details his first encounter with a serial killer who has been stalking old Gotham families. Batman must fight enemies old and new to get to the bottom of this gritty mystery.

The Long Halloween also features prominent early appearances of Poison Ivy and Catwoman. It’s a fantastic piece that stands on its own. However, it also has a follow-up in Batman: Dark Victory, which introduces the first Robin into the mix.

3 A Death In The Family Depicts Batman’s Darkest Moment

“A Death in the Family” is a storyline that is primarily self-contained, but had lasting effects on the whole of the Batman universe. Readers may not be familiar with the multiple Robins, but it’s easy enough to understand in this story by Jim Starlin.

A poll was held to determine if the then-current Robin, a young former criminal named Jason Todd, should live or die. The story that ensued brought Batman to some of his darkest moments as he fought to save young Jason’s life. “A Death in the Family” became one of the most famous Batman comics of its time, and it’s easy to understand why.

Written and illustrated by Enrico Marini

The Dark Prince Charming is a standalone Batman graphic novel created by Italian comic book artist Enrico Marini. It’s a stark examination of Batman’s character, pondering the question of what Batman would do with an innocent child’s life — if that child’s father was a monster.

At its core, The Dark Prince Charming has an interesting mystery element that will leave fans trying to puzzle out the clues before Batman does. As it is standalone, readers aren’t required to have any knowledge of Batman going in, nor do they have to worry about any follow-up materials. This graphic novel is a good starting point for new readers.

Batman Eternal was a series of 52 issues released weekly over the course of a year. It had multiple contributing writers and artists, and was a collaborative effort to tell a Batman story for the ages. Batman Eternal was notable in that it reintroduced many fan-favorite and much beloved characters to the DC universe once more, including Stephanie Brown and the Cluemaster.

While it Batman Eternal is a gritty crime drama, it isn’t without moments of hope — including the introduction of new characters Cullen and Harper Row, who Batman quickly takes under his wing. Batman Eternal was an opportunity for DC to highlight what makes Batman so loved by fans.

NEXT: Best Graphic Novels To Read