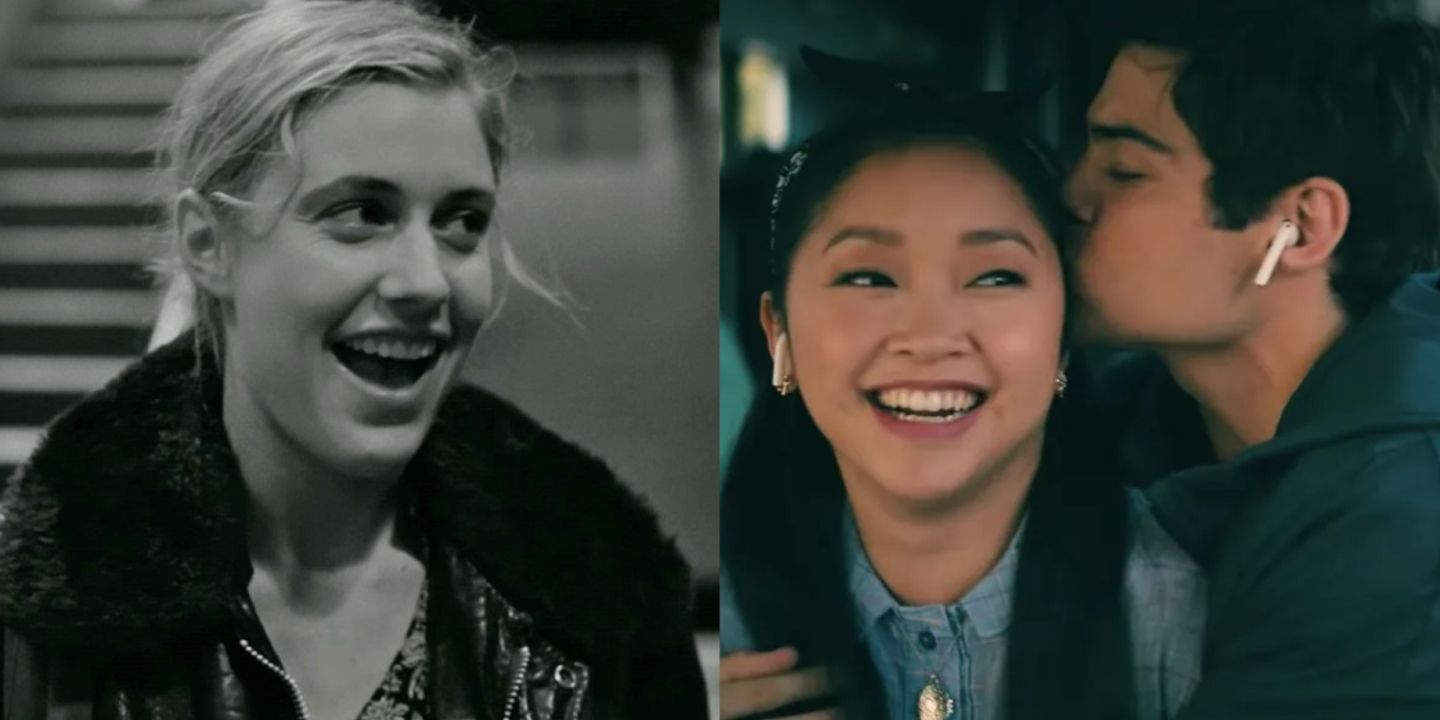 Coming-of-age movies have a special place in almost every movie-goer’s heart. Netflix has a treasure trove of films that capture the essence of growing up and its universal struggles. Rebellion, heartbreak, illness, new love, and the discovery of self are some of the common themes in this genre.

RELATED: 7 Best Coming-Of-Age Movies From The 2000s, Ranked According To IMDb

Over the years, the coming-of-age genre has transformed for the better, inviting more inclusive, diverse, and varied tales of young people coming into their own. These Netflix movies cover a wide spectrum of stories that will resonate with a broad audience – both younger viewers and adult fans who would have gone through these milestones already.

10 The Half Of It Is A Tender LGBTQ+ Love Story

Touted as a coming-of-age movie that should be watched at least once, The Half of It is a tender retelling of Edmund Rostand’s Cyrano de Bergerac. The Tribeca Film Festival awardee shows the unlikely friendship between a jock named Paul Munsky and a shy girl named Ellie Chu. The two bond as Ellie writes letters to his crush on his behalf, as he’s unable to do it himself.

What sets The Half of It apart from other coming-of-age flicks is that it eschews the typical formula. Ellie actually starts to fall for Paul’s crush in a sweet LGBTQ+ twist. The Half of It also depicts a genuine friendship between Paul and Ellie as their arrangement solidifies. The typical rom-com template is cast aside to touch upon Ellie’s life as a lesbian immigrant.

9 The Fundamentals Of Caring Is A Sweet Story Of Healing

The Fundamentals of Caring is a sweet story of healing and breaking out of old limitations. Paul Rudd’s Ben is a writer fresh out of a job who decides to do a caregiving course. He ends up being paired with Craig Roberts’ Trevor, a young man with a rare disability.

An emotional picture with some signature touches of indie films, The Fundamentals of Caring focuses solely on characters and their development, and the heartening bond that develops between the caregiver and care receiver. Trevor and Ben bring each other out of their deep pits of grief, supported by Selena Gomez’s Dot.

Fusing the coming-of-age flick with sports drama, Skater Girl focuses on the youth in a small village in Rajasthan. There, teen Prerna lives a life shackled to social expectations of gender norms. Life takes a turn when newcomers traipse into the village and teach her how to skate.

Prerna is then presented with an impossible choice: to defy societal rules and participate in the National Skateboarding Championship or stick to the status quo. Packed with powerful performances and a Rotten Tomatoes score of 88%, Skater Girl is an inspiring movie. The movie perfectly depicts the liberation that skating brings while introducing it to an unlikely setting of pastoral India.

7 Scott Pilgrim Vs. The World Is A Cult Classic

Largely known as a funny romantic comedy, Scott Pilgrim Vs. The World also classifies as a cult coming-of-age film. While audiences enjoyed the bombastic art direction of a comic book coming to life, they also watched a young man’s personal growth and self-acceptance as he fought Ramona’s evil exes.

Starring Michael Cera and Mary Elizabeth Winstead, Scott Pilgrim showed Scott’s constant underestimation of himself turn into self-love, while he also owned up to the mistakes he made. There are several lessons to be learned about young love and how to weather its storm in youth and naivete.

Foraying into the world of young people with chronic illnesses and disabilities, Cole Sprouse and Haley Lu Richardson’s Five Feet Apart is a heart-wrenching film. The two characters often need to make tough life decisions at an age where they might not know better.

RELATED: 10 Movies Every Cinephile Should Watch At Least Once

As they live with cystic fibrosis, Stella and Will’s love is a forbidden one since being in physical contact could potentially kill them. Themes of first love, loss, and heartbreak are dominant in Five Feet Apart, and the no-contact premise is unique.

5 Alex Strangelove Is An LGBTQ+ Staple

Sexuality and coming out can be challenging topics, and Alex Strangelove tackles the nuances and hurdles of Alex coming to terms with his sexual identity with elegance. Forced into a heteronormative way of living by society, Alex finds his true self when he meets openly gay Elliott.

Progressive but sensitive, Alex Strangelove is an LGBTQ+ staple. The movie is filled with intelligent humor, and it’s a mature and captivating take on Alex’s coming-of-age. Daniel Doheny shines in his portrayal of the conflicted young man.

The iconic SNL alum Amy Poehler gives fans a spirited movie about young women reclaiming their rights in Moxie. Moxie explores sexism and sexual harassment in the high school setting. Protagonist Vivian chances upon her mother’s feminist zines, which inspires her to make her own anonymous publication that calls out the boys’ locker room talk, bullying, and sexual harassment that’s common in her school.

Moxie is a well-intentioned movie that tackles race issues and sexism through the eyes of young women. It’s truly inspiring to watch these young women fight for their place in society, paving the way for future generations to breathe freely.

Based on Jenny Han’s hit YA books, To All the Boys I’ve Loved Before was one of the few coming-of-age movies that achieved mainstream success as well as critical acclaim. It shined a light on Korean culture while telling the sweet story of Lara-Jean’s first love, how she addressed her feelings for her sister’s boyfriend, and her feelings toward all the boys she had fallen for previously.

Charming, comforting, and warm, this coming-of-age tale doesn’t unsettle or shake audiences up. Instead, they feel enveloped in To All the Boys I’ve Loved Before‘s feel-good atmosphere and adorable characters.

Most coming-of-age movies share a space with teen movies, but Frances Ha follows a young Frances (Greta Gerwig), who is in her late twenties. Although she’s 27, she struggles to act as an adult in the way she is expected to.

Shot in the French New Wave style, this monochromatic film is curiously disjointed, goes astray, and tells a meandering story of dancer Frances’ life. Through it all, Frances Ha is a daring portrayal of a young woman’s tussle with female friendship, jealousy, ambition, love, and a search for her true self.

Sometimes, the smallest of things can make a young person feel like an outcast. Tall Girl reflects how a girl’s height can hamper her personal development in her teenage years, and how she grows to overcome her insecurities. Light and unserious, Tall Girl keeps Jodi in focus as she learns to stand up tall, despite her height being a point of contention.

With predictable school dances, a best friend-to-boyfriend arc, and competing love interests, Tall Girl is a go-to watch for viewers who want a dramedy with hints of growing-up wisdom thrown in. The movie discusses insecurities, growing up, and teenage hardships.