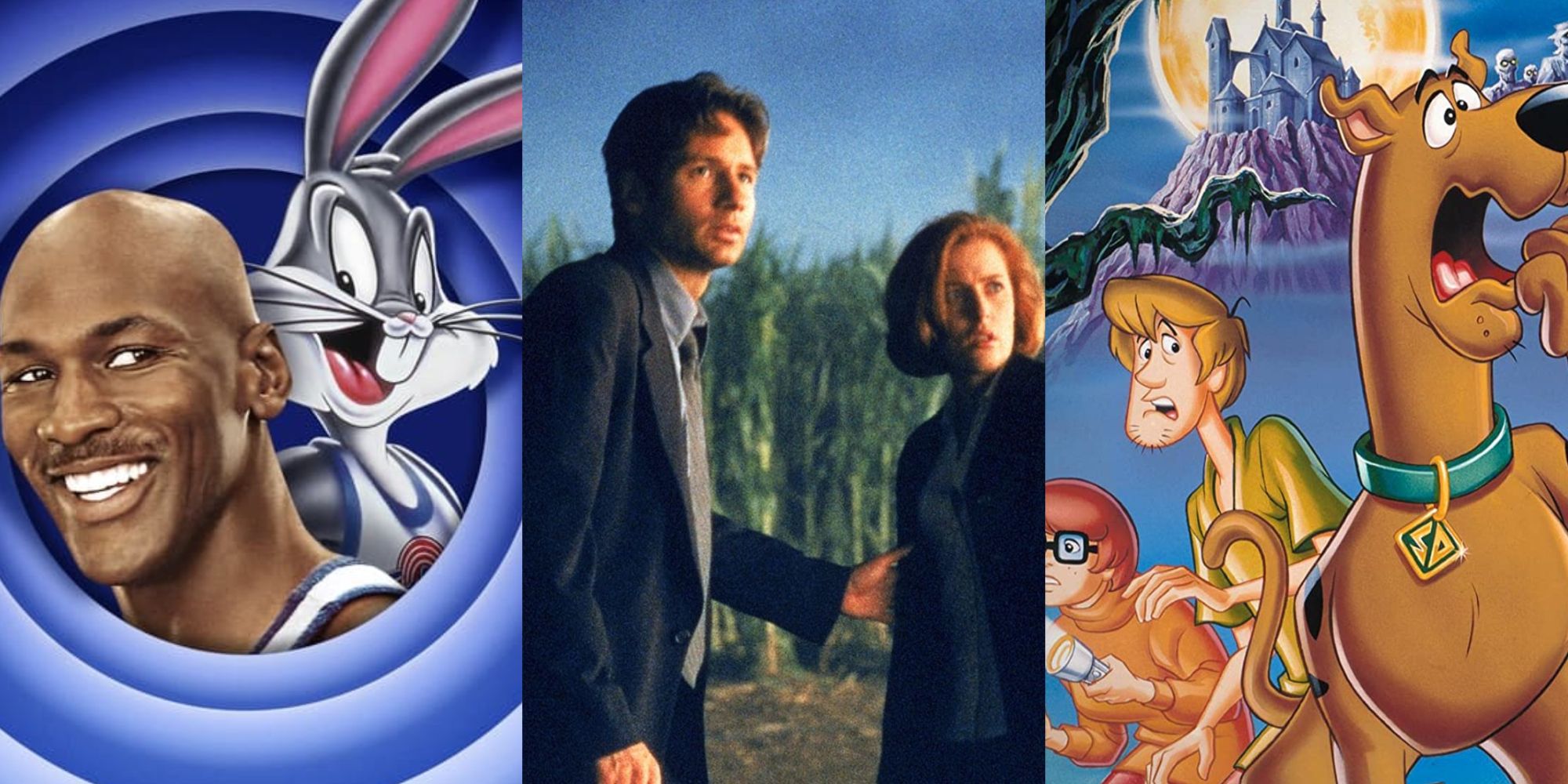 Thanks to their low runtime and episodic format, TV is one of the most popular sources of entertainment. As a result, fans can get more heavily invested in a good show than their favorite movies, and will follow series for years. Many shows prove so popular that they manage to receive a feature-length film adaptation – which typically serves as a sequel or reunion in the event of a show’s cancelation.

These movies allow for more drawn-out stories for people’s favorite characters, and can bring some depth that formulaic episodes couldn’t. Others take original source material and adapt it in a new direction to try and reinvigorate the franchise itself, which can influence future shows. Regardless of the direction, fans typically love when their favorite shows return to screens for a long-form story.

10 Psych Got Three Sequels After Its Finale

The widely-beloved comedy procedural series, Psych focused on the fraudulent psychic detective Shawn Spencer and his best friend Gus. When he used his gift of hyper-observation to help the Santa Barbara police department solve crimes, he leveraged his results into a psychic consultancy job.

After the show’s finale, fans demanded more. Shawn and Gus returned for three consecutive TV movies which picked up where the show left off and had them solving crimes in new places. They maintained the supporting cast as well as the humor and kept the franchise alive.

9 Space Jam Combined Looney Tunes And The World Of Basketball

Space Jam has gone down as a nostalgia-heavy feel-good fun movie, which gave fans the best of both worlds. Directed by Ivan Reitman, the movie is full of genuine laughs and callbacks, and gives fans some great nostalgia for their childhood toons.

8 Burn Notice: The Fall Of Sam Axe Made Good Use Of Bruce Campbell

Burn Notice was one of the many action/crime series of the early 2000s that followed in the footsteps of classic action shows like Magnum PI and MacGyver. It centered around a former government spy who got “burned,” a reference to being shut out of the agency and made persona non grata.

When the agent set up a new life in Miami, he met fellow spy Sam Axe (Bruce Campbell). Thanks to the actor’s signature comedy charisma, he became the fan-favorite character on the show. He was given a solo movie in The Fall of Sam Axe, which showed him on a mission that explained his past.

7 The Simpsons Movie Gave Springfield Their Biggest Challenge Yet

The Simpsons has been one of the world’s favorite and most referenced animated sitcoms since the 1990s. In 2008, its creators released a feature-length animated movie. Rather than the daily antics of the family, the movie raised the stakes on Springfield considerably.

When Homer ruined the town’s environment through pollution, the government decided the town had to be contained. After a large dome was placed around Springfield, the Simpson family was forced to flee. However, they later returned with a plan to save the town and their friends.

Deadwood remains one of the greatest and most critically acclaimed western shows in TV history. The HBO original returned to the eponymous town to explore its dynamic cast of characters once again. This time, the story focused on the commemoration of Dakota becoming a state.

Deadwood has an excellent cast, and saw most of the original ensemble return, namely Ian McShane and Timothy Olyphant in their leading roles. It held true to the tone and execution of the series, while giving fans a reunion of their beloved characters.

The A-Team was one of the greatest series of its day, and remains one of the best action shows. Following the fugitive soldiers of fortune Hannibal Smith, Face, B.A. Baracus and Murdock, the series took place around the country. Each episode had the team helping victims of crime.

The A-Team movie, although not universally loved, held true to the original series and was especially praised for consistently brilliant casting. It brought the team into the modern era and revised them as vets of Iraq, rather than Vietnam. The movie focused on them proving their innocence after being framed.

4 Batman: Mask Of The Phantasm Followed Up BTAS

After Batman: The Animated Series proved a hit with fans, its continuity continued into the DCAU. Batman landed a spin-off series as well as some movies. The best-received of these was Mask of the Phantasm. One of the strengths of the sequel movie is that it presented Batman with a genuine, compelling mystery.

Mask of the Phantasm is widely regarded by fans as one of the greatest Batman movies of all time, as well as being the only DCAU movie to hit theaters. The noir theme and romantic subplot made it particularly compelling, and explored Bruce Wayne in greater depth than before.

3 Scooby-Doo On Zombie Island Is King Of The Franchise

Scooby-Doo has been around since 1969, and has managed to maintain a strong, dedicated fan base throughout its history. Although it did get a well-received 2002 live-action movie, the franchise has always been strongest in animation, where it began.

In 1998, fans were treated to Scooby-Doo On Zombie Island, which added some depth to the mystery solvers. When the gang reunited to solve mysteries coast to coast, they were invited to an island in the Louisiana bayou. The gang was then forced to battle ghosts, zombies, and monstrous cat people.

2 Naked Gun Was Much Funnier Than Police Squad

Despite being a funny show, Police Squad is relatively obscure compared to the Naked Gun trilogy. Its condensed format forced the stories and gags to be much shorter and less interesting. The movies allowed for more drawn-out gags and longer missions for Frank Dreben.

Naked Gun remains the peak of Leslie Nielsen’s comedic career. The Airplane! actor, known for his deadpan performance and slapstick humor, elevated the Police Squad series to a beloved comedy trilogy. It serves as a great parody of classic cop and spy movies.

1 The X-Files Bridged The Gap Between Seasons

The X-Files created and defined the “X-Cop” sub-genre of science fiction TV. Combining the police procedural with classic science fiction and creature feature made it a great water-cooler show in the 1990s. In 1998, the series got a movie, which bridged the gap between seasons 4 and 5.

The movie was one of the deepest looks at the over-arching conspiracy between the aliens and the Syndicate. It had Mulder and Scully investigating an incident in a small town, which led them to the Arctic. The movie vindicated Mulder and proved definitively that the alien plot was real.

NEXT: 10 Most Star-Studded Movie Casts