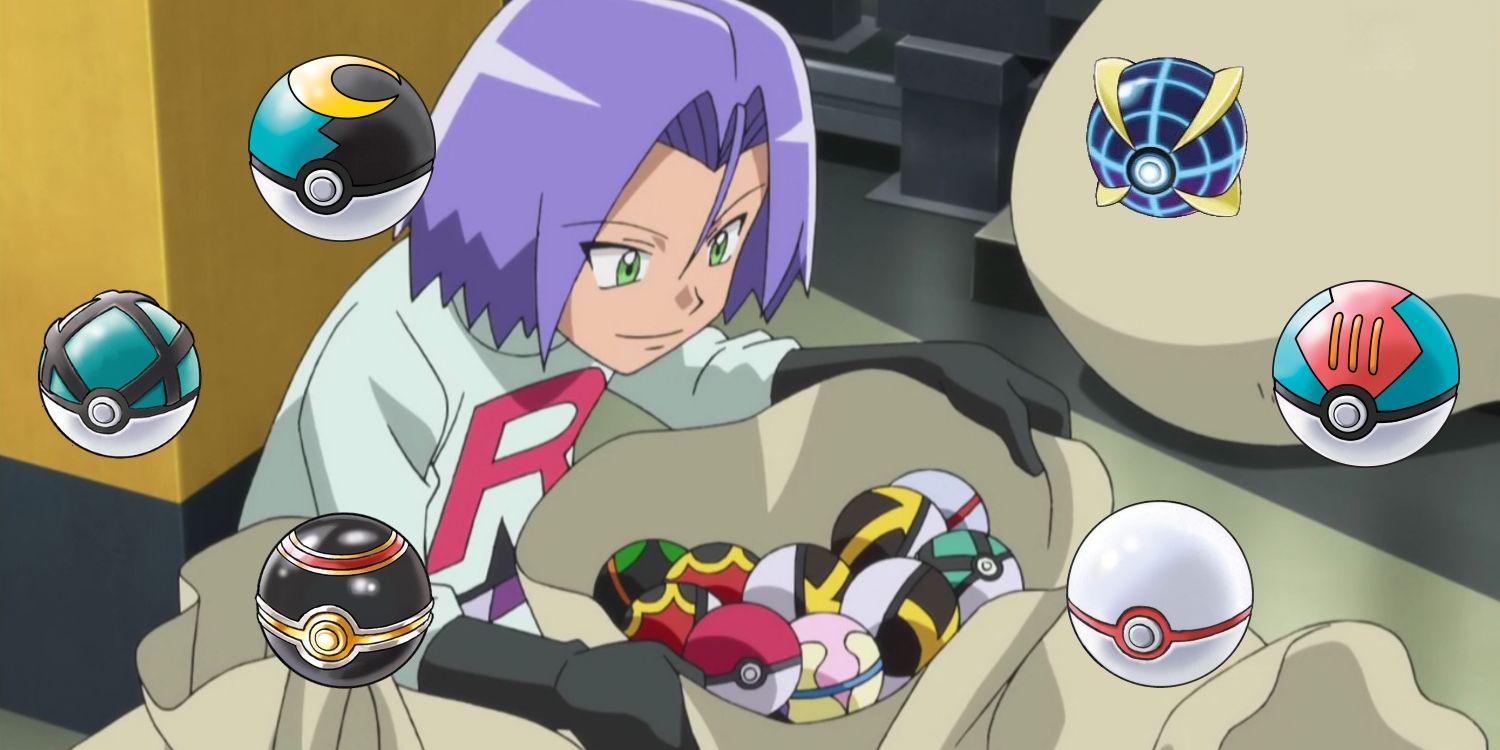 Poké Balls have been a core part of the Pokémon series since its inception, from humble Great Balls to the powerful and rare Master Ball. Not only are they the main way players obtain new Pokémon, but they often provide vital roles in the story and even gave the series its name, as represented by the “Pocket” in Pocket Monsters.

RELATED: 10 Hardest Items To Get In Pokémon Scarlet & Violet (& Where To Find Them)

With over two dozen now present in the main series, players have plenty of Poké Balls to choose from. While game mechanics play a role, so too can aesthetics. As each Ball looks different, picking the right ones can really make a team stand out, whether with a matching set, coordinated colors, or more. They provide players with a delightful level of customization for their team.

Players might only get one Master Ball in most games, but they’ll wish they had more. Not only are they incredibly powerful and guarantee a catch, but their unusual and striking appearance also creates a unique sight for the lucky Pokémon caught, provided the player can bring themselves to actually use it.

While only one is provided in the story, lucky players can once in a blue moon acquire another through lucky raffles in various games, though this method shouldn’t be counted on. The Origin Ball in Pokémon Legends: Arceus serves a similar role, providing a perfect capture rate against either Dialga or Palkia, depending on the player’s actions.

9 Dream Balls Are Based On A Dream-Eating Pokémon

Dream Balls have had a surprisingly complicated history over the years they’ve been around. Originally, they served as a way to catch Pokémon sent over to Generation V games from Pokémon Dream World, a website filled with various minigames that allowed players to obtain Pokémon with hidden abilities or unusual moves.

Dream Worldmay have closed down many years ago, but Dream Balls have since taken on a new role, gaining a massive boost to catch rates against sleeping Pokémon. These Poké Balls have a simple but pleasing design, with a suitably dreamlike mix of pink and purple likely meant to resemble a Munna or Musharna.

Introduced in Pokémon Diamond and Pearl, Quick Balls have a massive multiplier to catch rates, making it four to five times more likely to catch their target, albeit only on the first turn of the battle. While players may only get one chance to use one, it’s almost always worth keeping a few on hand just in case.

With a vivid yellow X across a blue background, their appearance calls to mind a flash of lightning bolting across the sky at extraordinary speed. The modifier they receive to catch rates is in fact so great that many Pokémon will be virtually guaranteed caught, with chances of 99% or better.

7 Lure Balls Have A Classic Charm

A Poké Ball for fishing, Lure Balls have a straightforward but eye-catching appearance, consisting of a pale blue shell and a bright red and yellow insignia. Fishing dates back to the very first Pokémon games, though exactly how worthwhile it is has varied significantly, as well as what can actually be encountered.

Despite the lack of any fishing mechanics in Pokémon Scarlet and Violet, Lure Balls do still have a use, gaining an increase to capture rates against anything in or on the water. Fishing was especially big in Pokémon X and Y, as chain-fishing greatly increased the odds of a shiny Pokémon appearing.

6 Premier Balls Are A Fancy Freebie

Thanks to coming free with any purchase of 10 Poké Balls or more, every player is likely to have at least a few Premier Balls on hand. These Poké Balls are a bold departure from the norm, using contrasting a solid white exterior with a bright red lining to stand out.

While relatively rare, Premier Balls do make an appearance in Scarlet and Violet. Director Clavell shows off a full set of six quite prominently on his belt, and while they jar a bit with his appearance in Violet, they match near-perfectly with his incarnation in Scarlet, though strangely he never uses them in battle.

5 Luxury Balls Can Be Worth The Money

Between their high price, ornate design, and gold inlays, Luxury Balls certainly live up to their name. Not only that but given their ability to grow a Pokémon’s friendship faster than any other ball it seems likely they are just as posh inside — a veritable luxury suite for the lucky inhabitant.

Luxury Balls are good for their intended purpose, but they do have competition. The rare Friend Ball achieves a similar effect, though by providing an initial boost to friendship the moment a Pokémon is caught. Unfortunately, the Friend Ball is much rarer, only being found naturally in Johto or via certain unusual methods such as auctions.

A boon to anyone trying to catch a Bug or Water-type Pokémon, Net Balls have a simple but delightfully evocative design. Their blue core provides a nice contrast to basic Poké Balls and the thick netting wrapping them is reminiscent of a fishing or butterfly net which fits their function well.

Net Balls can look good with many other Pokémon as well, with the ropes there as if to contain the might of a Machamp or Salamance. As an unusual quirk of their coding, anything that temporarily changes a Pokémon’s type to Bug or Water will allow these balls to have their full effectiveness regardless of what it was originally.

3 Beast Balls Are As Unique As Their Targets

At the time of their introduction, Ultra Beasts were a contentious inclusion, but in the years since Pokémon Sun and Moon many players have grown to love their strange and unique designs. It’s fitting then that Beast Balls — known as Ultra Balls in Japan — have an equally unique design that’s unlike any other Poké Ball.

Beast Balls are divided by a striking electric blue web as well as four large yellow fins, making it hard to tell even where the seams are. It’s easy to catch an Ultra Beast in one, but players may struggle to catch anything else, as they’re only one-tenth as effective as a normal Poké Ball against other Pokémon.

2 Moon Balls Are Striking Despite Their Limitations

Of all Poké Balls the Moon Ball most encapsulates Pokémon Gold, Silver, and Crystal. Not only is it an example of Kurt’s Apricorn balls, but it also calls to mind another new feature in Generation II: time. Thanks to an internal clock, the player could encounter new Pokémon, evolutions, and more, depending on the time of day.

The flashy mix of a blue and black background calls to mind sunset or sunrise, right as the moon begins to show itself or right before it vanishes. Mechanically, Moon Balls are unfortunately far more limited than their appearance would suggest, only offering a catching bonus against the rare few Pokémon who evolve via a Moon Stone.

Pokémon Legends: Arceus introduced a wide variety of mechanics to the series, but one of the most notable was the return of crafted Poké Balls, after being gone since Heart Gold and Soul Silver. With this, came a wide variety of “new” balls unique to old Hisui, made from a combination of apricorns and tumblestones.

With a white-blue-beige color scheme and ornately painted wings, the Jet Ball could easily fit into a game like Breath Of The Wild and stands out even among Hisuian Poké Balls. True to its name, the Jet Ball specializes in rapidly jetting toward flying targets, moving faster than normal as well as in a straight line.