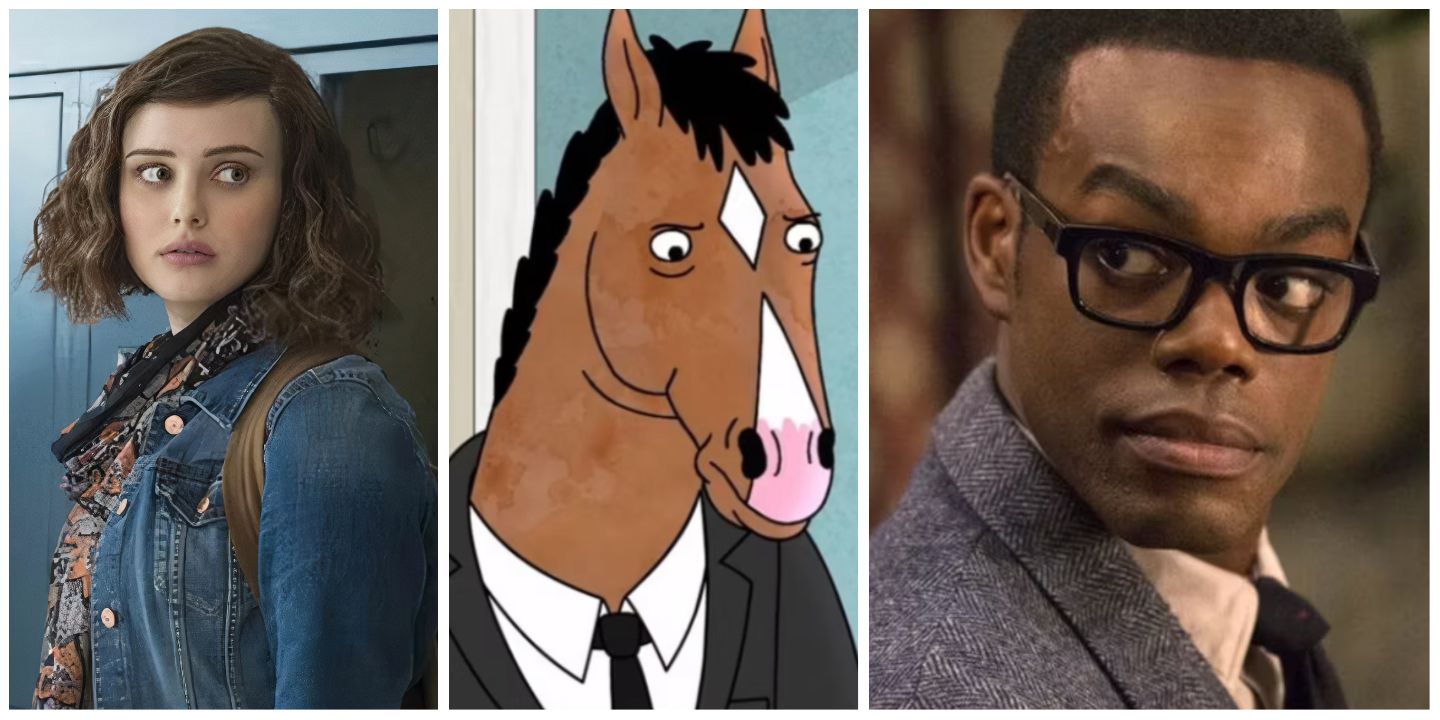 Many popular TV shows follow a specific recipe, usually including particular decisions, tropes, and storylines. And if the way of doing things isn’t broken, there isn’t any reason to fix it. What makes certain series stand out, however, is the underlying themes that give fans space to think and open up discussions.

The most beloved and re-watched TV shows have a great message behind them, something fans can resonate with time and time again. It may be something as simple as friendship and love, or it may step into something more serious and dire about the world and how it works.

There are many lessons to be learned within each episode and season of The Office, even when it’s wrapped up in a joke or skit. However, one arching message seems to be that one never knows how good they have it ’till it’s gone.

Roy takes Pam for granted and loses her. Then Jim also takes her for granted and damages their relationship. Neither Roy nor Jim truly fully appreciated their partner. Furthermore, no one in The Office really appreciated Michael while he was boss. But once he left, it was clear that he was irreplaceable and loved.

Crime drama The Wire follows a different plot each season, diving into different institutions within society. However, all of them surround Baltimore, the police force, and the war on drugs.

RELATED: Every Season Of The Wire, Ranked According To IMDb

The Wire is undoubtedly about society, its many different institutions, and how they affect everyone. It is also about how people are shaped and how once in a while, everybody needs to stop focusing on the details and start looking at the bigger picture of life. The systems might not change, but individual people can.

8 Life Is About Trying & Trying Again

The Good Place is a comedy series set in the afterlife, where the main character, Eleanor, is sent following her death. What she realizes, however, is that she doesn’t belong in the utopia (or “Good Place”) she has found herself in, and so Eleanor decides to pretend. She has to hide her past and focus on her future.

The series is about trying and trying again. It is about mistakes, morals, and seeking redemption. It answers the question of who is to say who belongs in the Good Place, as people have the capacity to change and grow.

7 Head Vs. Heart Is A Struggle All Face

Netflix series The Crown provides audiences with an insight into the British Royal family, its history, and the ins and outs of the scandals and drama over the years. The Crown is about duty, service, and honor and where those things should stand when lined up next to family, heart, and love.

Relationships and family suffer when they’re not put first and prioritized, but being a royal stands in the way, despite birth not being a choice but completely up to chance. And so the series is about decisions, the pressures that come with them, and the consequences.

Breaking Bad was, and still is, an incredibly popular and renowned series with an international fan base. The series blew any and all competition out of the water with its original plot, perfectly picked cast, and genuinely harrowing and dark script.

RELATED: The Best Written TV Protagonists Of All Time

BB focuses on a moral gray area that Walt finds himself in. On the one hand, he is breaking the law. On the other hand, his medical bills are astronomical, he is told his cancer is terminal, and he needs to ensure his family is taken care of. But Walt loses his morals along the way, discarding his family, money, and the future for the thrill and the power of crime. The message is less about not committing crime and more about putting ego and pride to one side and always remembering where one’s loyalties lie.

5 Empathy & Understanding Is Everything

Orange is the New Black

Orange is the New Black is a prison television series primarily following the story of Piper Chapman, who leaves her soft life and has to enter the hard life of an inmate. The series is often a tough watch, as viewers see women, particularly women of color, discriminated against, abused, and killed within the prison system.

There is a lesson within the show about how society and institutions function. But it seems to primarily be a lesson about empathy: putting oneself in another’s shoes and seeing the world from their perspective. It also dives into respect and kindness and how difficult it can be to stand up and start one’s life again after falling down.

Bojack Horseman follows the story of the titular character, Bojack, as he explores life as a celebrity born into wealth; he cannot grasp the consequences and remains in a state of denial. Bojack does some horrible things, and it is unclear throughout the show whether he will change or whether he is even capable of it.

The series is about morals and morality, actions and consequences, and self-improvement. Bojack will forever be on a journey of improving himself as he learns and moves through his life, but to move forward even a step, he has to forgive himself.

3 A Warning For The Future

Black Mirror scared many viewers due to the new messages each episode warning of the future of society. The series instills paranoia around technology as things begin to advance too far, causing unforeseen and horrible consequences.

The lesson behind Black Mirror seems clear: people need to be wary of technology, who is handling it, and what is being done. Not everyone has good judgment, and with people always looking for new trends or ways to make money, morals can easily be passed over.

There are lots of strong and important themes in 13 Reasons Why. The main storyline is, of course, about the consequences of actions and not realizing the harm one has inflicted until it’s too late. Hannah makes the tapes because the 13 people she deems responsible have not accepted or are unable to see how their actions affect others.

RELATED: 10 Most Controversial Shows Of The Last Ten Years

Another strong message behind the series is that people never know what goes on behind closed doors, and no one knows the life behind each person they meet. So, it is important to always be kind and understanding.

1 Never Give Up & Always Trust Your Gut

Stranger Things is a sci-fi show about the Upside Down, a universe connected to the real world that is filled with terrifying, unknown creatures. But it is also about friendship and love and how unconditional these things are.

Will’s friends and loved ones never seem to give up on him, even after (what seems to be) his body is carried out of a quarry. The group all have faith and trust in Eleven (eventually) and know that she will protect them. The bond the characters have built with one another is undeniably beautiful.