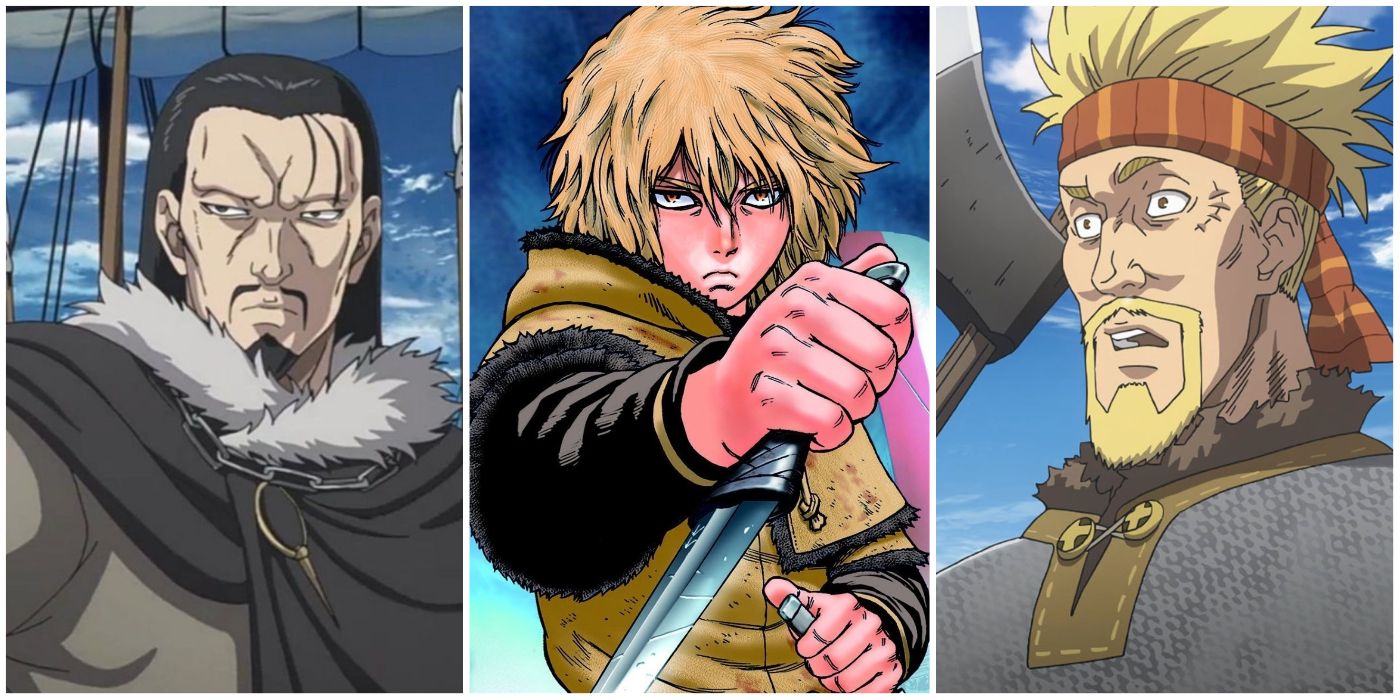 Vinland Saga is Makoto Yukimura’s masterpiece, an engaging seinen manga series set in medieval Europe. At its heart, the Vinland Saga manga/anime franchise is actually a deconstruction of medieval war epics and seinen action stories, but there are still plenty of terrific fight scenes and skilled warrior characters for fans to enjoy.

RELATED: 15 Anime to Watch if You Like Vinland Saga

Even without magic and monsters, Vinland Saga‘s action sequences are thrilling to behold, and it will soon become clear who is stronger than whom. Armed with swords, knives, bows, axes and even chains, Vinland Saga‘s best warriors are always looking for another glorious fight in Europe’s bloodsoaked battlefields to plunder treasure or prove their worth.

The dandere prince of Denmark, Canute, couldn’t defend himself at all, and he was no warrior. Instead, Canute relied heavily on his bearded bodyguard Ragnar to shield him from harm during his travels across Northern Europe. Ragnar was nothing special, but he was also intensely loyal to Canute.

Ragnar’s time in Vinland Saga was fairly brief, and he eventually died in battle. Still, Ragnar was a tough and skilled swordsman, able to fend off most typical raiders and bandits in England and Wales to keep his beloved prince safe from harm.

9 Hild Is A Crossbow Expert

Thorfinn didn’t know it at the time, but during one of his raids in his Askeladd years, he slew Hild’s father and left behind an embittered and enraged Hild. Now a grown woman, Hild is a tsundere who’s good with contraptions and inventions, including her unique crossbow.

Hild is aware of her limited physical strength and stamina, so she made up for it with her relatively high-tech crossbow, her agility, and her sharpened hunting skills. She can easily stalk, corner, and dispatch any animal or Viking in her native Norway before anyone knows what’s happening.

The wealthy landowner Halfdan is more interested in business than fighting, though he would be insulted if any man suggested he is not a warrior. For self-defense or to punish people, Halfdan can whip around a chain with remarkable skill, and he can even wrap it around people’s heads.

Then, Halfdan can tear off chunks of skin or hair with the chain, or if he needed to, tie up a stronger foe or knock them off their feet. Halfdan’s chain-style technique shouldn’t be underestimated, either, since it’s an unusual weapon that most Vikings aren’t trained to defend against.

7 Snake Is Fast & Has Serious Skills

Snake is one of several swordsmen who lives on Ketil’s farm in Denmark, and he is a ferociously skilled swordsman who is not to be crossed. If any raiders or thieves trespass onto Ketil’s farm to raid the place, Snake and his allies are expected to dispatch them without mercy.

Snake is a bit sleazy, though, and tries to coast on doing the bare minimum while drinking and gambling the days away. Still, if he absolutely must fight, then Snake is an expert, and he can move with remarkable speed to outmaneuver most foes.

Bjorn is a deadly Viking warrior who serves under Askeladd. In fact, Bjorn is a berserker, a burly and powerful fighter who can consume certain mushrooms to go into a Hulk-like rage and demolish everyone around him, friend and foe alike.

RELATED: 10 Things We Want to See in Vinland Saga Season 2

Bjorn is skilled with a sword and basic Viking weapons, but in berserker mode, he is nearly unstoppable and barely flinches at pain or injuries. It takes Vinland Saga‘s most elite warriors of all to pacify him when he enters that state under Askeladd’s orders.

The antihero himself, Thorfinn Karlsefni, can’t match characters like Bjorn or Thorkell in sheer strength or durability. Instead, Thorfinn is all about agility, speed, and precision, and this makes him far deadlier than his petite size and lack of heavy-duty weaponry would suggest.

In many Vinland Saga fight scenes, Thorfinn easily took down many larger men, bypassing their swords and shields alike to slash their throats or other vital points. He can even punch above his weight when facing Thorkell, though he must be careful to not take even one hit in return.

4 Askeladd Is Half Welsh, Half Viking, And 100% Deadly

Askeladd is both a villain and a father figure to Thorfinn, and there’s more to him than raiding and pillaging. He is also wise about the general flow of the world, and he is also protective of the Welsh people since his beloved mother was from a Welsh kingdom.

Askeladd is a smart and practical leader, which is how he survived so long in war-torn England. He is also an elite warrior by any standard, wielding his sword with astonishing skill. He can easily fend off Thorfinn and other raiders, though he is wary of crossing blades with Thorkell.

3 Garm Was Born For Battle

Introduced much later in Vinland Saga, the blond warrior Garm is a truly formidable foe who doesn’t fear any enemy in battle whatsoever. He’s one of those anime characters who lives and breathes battle, like Bleach‘s Kenpachi Zaraki, and he rejects the very concept of peace.

Garm thus became Thorfinn’s foil in Vinland Saga, laughing at Thorfinn’s plans to create a colony free of war and violence. In a fight, Garm backs up his big words with incredible skills and speed, usually favoring his special spear so he can gore any foe with frightening ease.

2 Thorkell Towers Over Most Other Vikings

The towering Thorkell is a veritable beast on the battlefield with his twin battle axes, his superhuman strength, and his sheer aggression and good instincts in battle. Thorkell can swing his axes and sweep aside dozens of armored men, and not even break a sweat doing so.

Thorkell longs for a true challenge, but with his kind of strength, he is often disappointed on the battlefield. He can even crush men barehanded and hurl heavy logs at the enemy, a feat no other Vinland Saga could replicate. He is also immensely durable and can fight through a lot of pain.

1 Thors Snorresson Is The Troll Of Jom

Even among his fellow Jomsvikings, or Europe’s most elite warriors, Thors Snorresson was a true lord of war, and he had a reputation to match. Thors could easily overwhelm any foe in battle and lead his fellow Jomsvikings to victory with his unmatched skills and strength, but he later grew weary of it all.

Thors settled down on Iceland’s shore and became a family man after faking his death, but eventually, he had to fight one last battle. Even when surrounded by Askeladd’s men, Thors fought barehanded and defeated them all without suffering any serious harm. He also defeated Askeladd in a duel, but then Askeladd’s archers fired upon him to finish him off.

NEXT: 10 Most Complex Anti-Villains in Anime