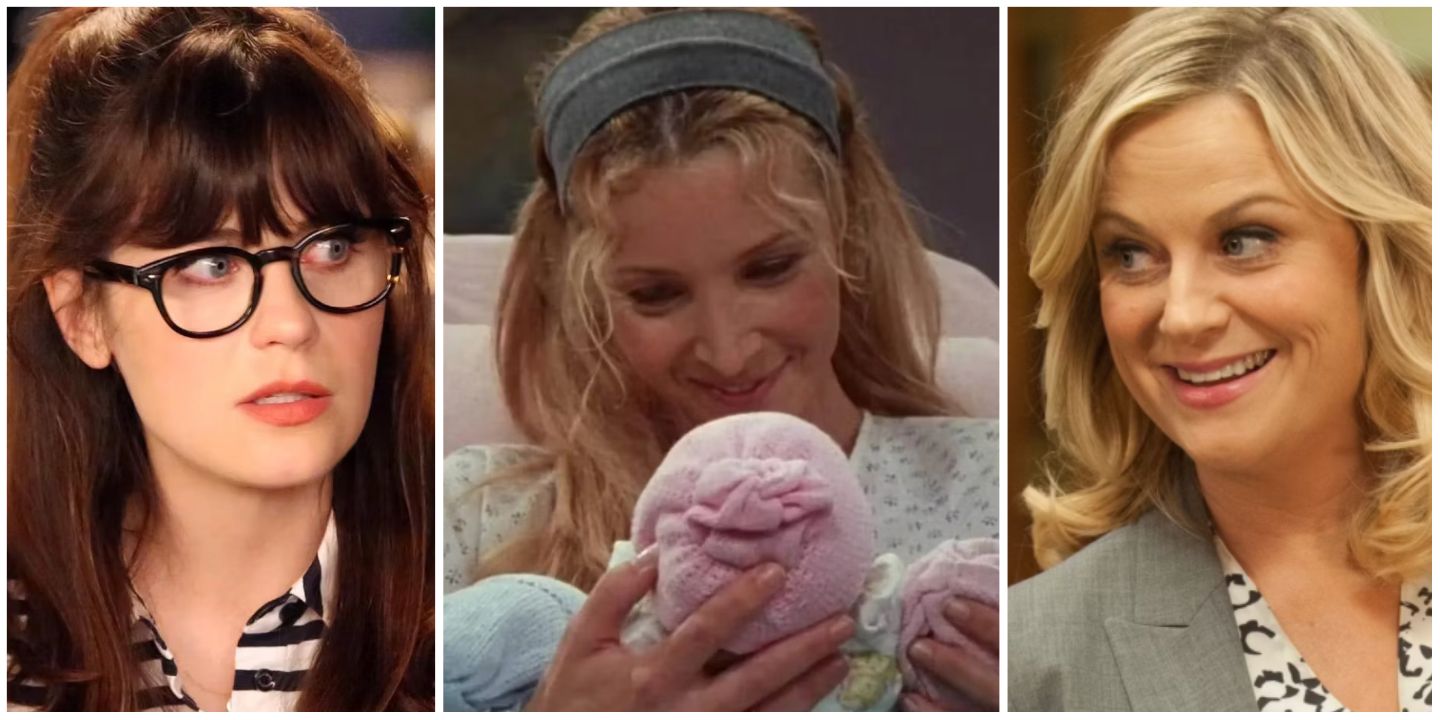 Sitcoms follow a specific formula. Of course, it is a situational comedy centered around one particular group of people as they journey through life together. It can revolve around a family, workplace, or friend group, who come together each episode and find themselves facing a new set of problems and drama.

Unfortunately, sometimes the usual recipe for sitcoms can begin to leave a bad taste. Overused tropes and stereotypes are frequently fallen into. However, there are many characters who, even after many years and several seasons, continue to feel fresh and are beloved by fans. This can come down to which of the characters are written well, and which aren’t.

New Girl’s Jess Day lets life happen to her, good or bad, and flows through the experiences, learning from them. That isn’t to say that she backs down from conflict, because she truly doesn’t, but Jess is accepting of the hardships of life and takes them as they come.

However, Jess does have some non-negotiables: being a teacher and the close relationships in her life. They cannot be trifled with. Jess might be a bubbly and friendly person who has, in the past, allowed people to walk all over her, but she is tough and can stand up for herself and, in particular, her friends.

It will forever be a question for Friends fans whether they think Rachel should’ve gotten off the plane for Ross. Regardless, Rachel’s journey in the series was a wild one, unlike others seen before.

Rachel started the series unemployed, but with pure grit and determination, she made it to her dream job. She worked in jobs she hated, like the coffee house and her early jobs in fashion, again making coffee. And while it doesn’t seem mature to other characters, it was a brave move to quit her job at Central Perk to pursue her true goals. Rachel is pregnant with Emma before she planned to be, and before she could prepare, but she takes it in her stride to become the best mother she can be.

Amy Santiago is an ambitious, strong, and competitive young detective. She is incredibly dedicated to her work, and takes it incredibly seriously, refusing to let anything get in the way of her solving a case or achieving her goals.

Amy has many dimensions to her character in B99, however, as she is an incredibly anxious person with a tendency to panic. Despite her achievements and success, she isn’t presented as perfect. Amy has her flaws, including that she doesn’t always trust herself or her gut judgment, so she meticulously plans and controls everything down to the smallest detail. However, Amy evolves and grows, taking on huge tasks and leadership roles. She develops a beautiful relationship, and many friendships.

It is always refreshing to find characters who may be considered shallow or conniving, but simply live their truths and continue on. Wilhelmina Slater may be the villain of Ugly Betty, but she is far from hated. She is incredibly dedicated, spending her life working towards achieving the role of Editor-in-Chief.

The thing is, Wilhelmina had already earned that role and was passed over. It takes a long time, but she finally takes over the position. And Wilhelmina is one of the best-written women because of her dedication, and because she is considered one of the best villains of all time.

6 Claire Is Flawed And Relatable

Modern Family’s Claire Dunphy is not a perfect person, wife, or mother – like everybody else. She is flawed, has difficulties from childhood, and struggles. However, Claire works throughout the series to become better. With her partner Phil’s help, she can loosen her tight grip on their lives and soften her attitude.

Claire was always kind and compassionate but lacked in the fun department compared to the always-goody Phil. The couple fell into the roles of bad cop/good cop as parents, which means the difficult conversations always landed on Claire’s plate, unfortunately. It isn’t easy being her, but her husband is her best friend, and they work together through it all.

Max Black’s perspective on the world is particularly unique. She is able to work in customer service, eventually owning her own business alongside her best friend Caroline, and still be her sarcastic and rude self. Max has many confusing relationships in her life, possibly because of her attitude, but she is ultimately a kind and caring individual.

Max and Caroline appear to be different in every possible way – upbringing, looks, and personality. Yet they come together in friendship and business. Despite their backgrounds, they’re both in the same position in life and come together to make a difference.

Mindy Lahiri is the female lead of The Mindy Project, who takes charge and doesn’t care what other people think. Mindy is a character that sitcom fans don’t see often. She is a career-driven, beautiful woman who isn’t struggling to find love. Mindy can be a doctor, work hard, and live her life as she sees fit.

However, that doesn’t mean that Mindy doesn’t face struggles. Of course, she does, but she pushes through with all the determination in the world and continues to be herself.

Leslie Knope is another incredibly dedicated woman, driven by her desire to help the citizens of Pawnee in Parks & Rec. She firmly believes in going above and beyond for people, and remains positive no matter what.

Nothing can deter Leslie, not even circumstances that seem entirely hopeless. Furthermore, she has a significant and wonderful friendship with nurse Ann Perkins, which stands out among typical sitcom friendships due to its complexity and depth. Leslie is someone who always has good intentions, but doesn’t always do right. She learns, though, and improves throughout her life.

Phoebe Buffay is another well-written character in Friends, who is a close friend of Rachel but whose life has taken a completely different path. Where Rachel was raised in privilege, Phoebe lived the total opposite – surrounded by death, loss, and homelessness.

RELATED: Friends: 10 Times We All Fell In Love With Phoebe

Phoebe has such deep compassion and generosity, even going as far as being a surrogate and carrying triplets for her brother and his wife. She is the character everybody loves – quirky and kooky, but also complex, deep, and relatable. Her pain hasn’t stood in the way of her positivity and wonderful outlook on life. She has an amazing story, ending with a beautifully complicated relationship and marriage to Mike.

Love her or hate her, The Office fans have to admit that Jan Levinson is a brilliant and well-written character. She always does the unexpected, taking every two-way street in life and going for the third option. Jan seems very career-driven but then gets fired for her absences and lack of work. This and her relationship with Michael make it difficult to pinpoint what Jan wants in life.

Jan lands on her feet and repeatedly manages to secure high-up positions at different companies. She is also a very devoted mother, serenading her child with her almost unbearable singing voice.

NEXT: 10 Classic Sitcoms You Forgot Existed 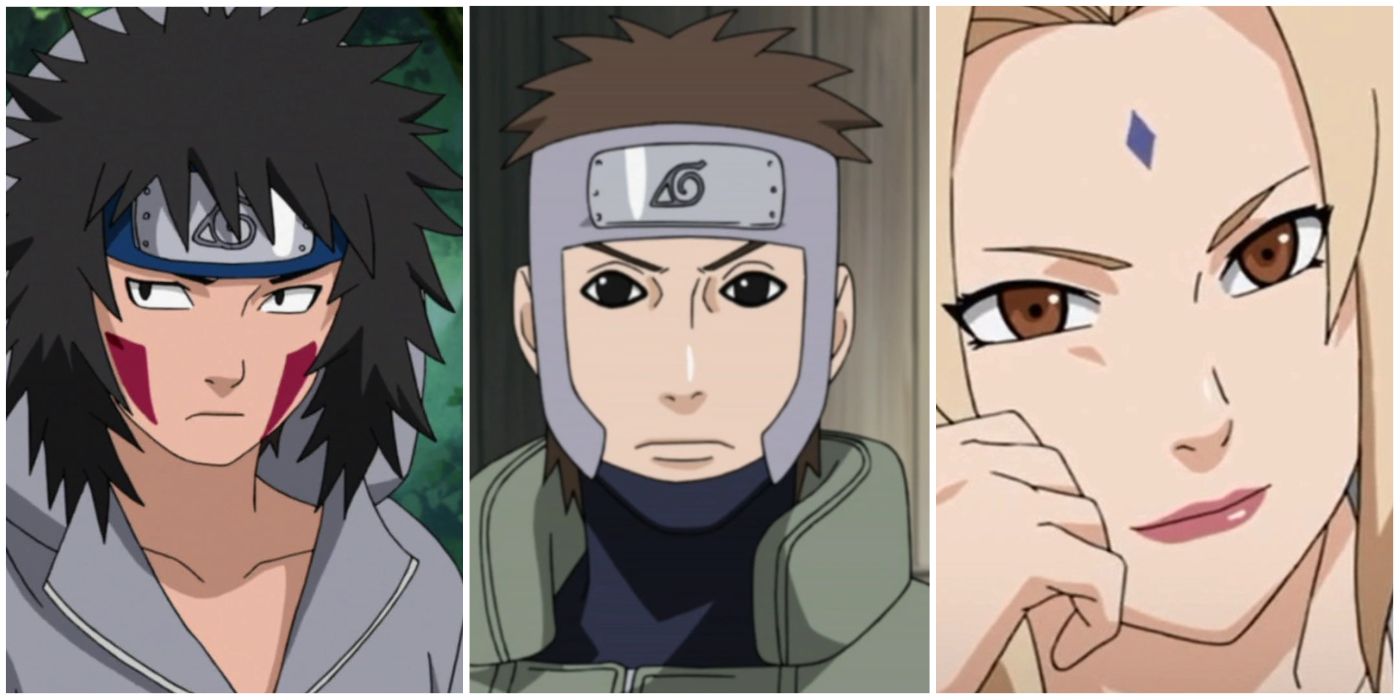