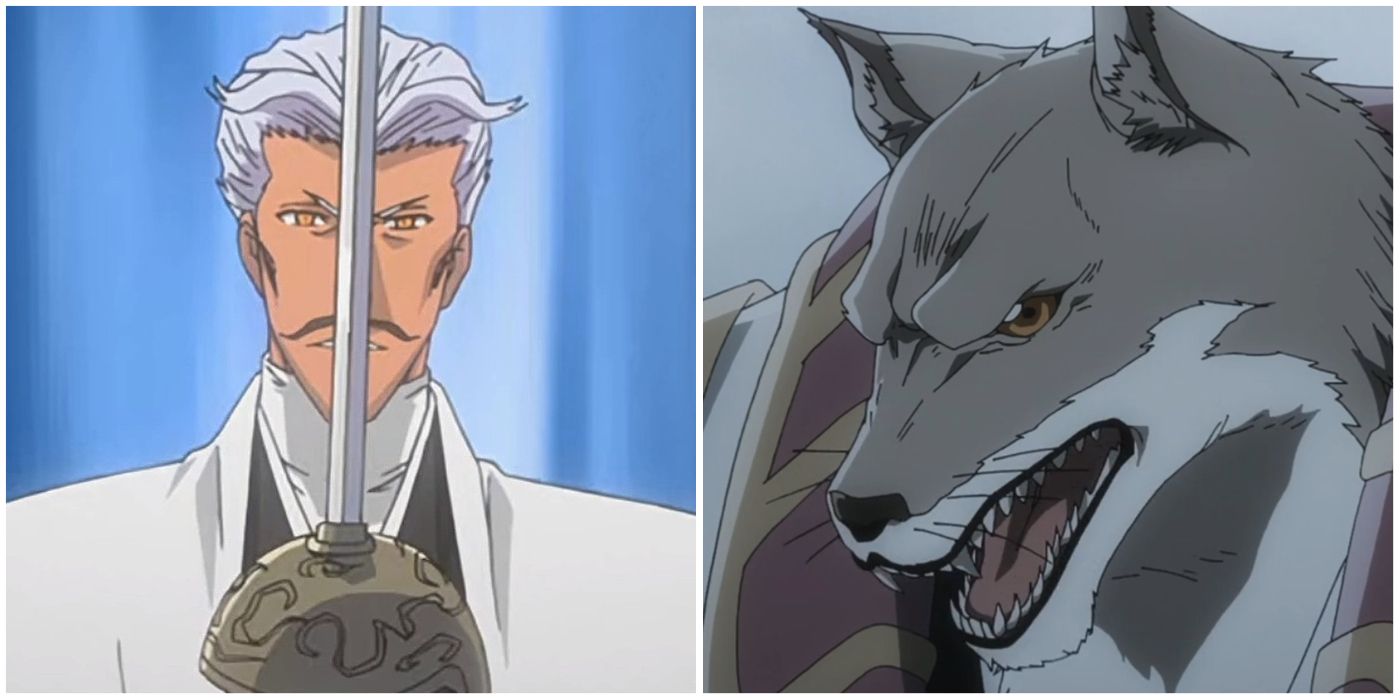 Bleach: Thousand-Year Blood War is the official continuation of the original Bleach anime, which went off the air in 2012. This new, shinier anime series will bring back dozens of fan-favorite Bleach characters while introducing many more, and some, such as Ichigo, Renji, and Rukia, will truly shine in this new arc.

RELATED: 10 Anime Heroes Who Were Wasted

Unfortunately, Bleach‘s massive cast of characters also means some cast members will be underused or never reach their full potential. The TYBW story arc will cut some character arcs short or give certain characters too little to do during this new spirit war, and they might not even use their best abilities or weapons at all before they get totally sidelined.

The following contains minor spoilers for the Bleach manga.

A few Arrancars from Sosuke Aizen’s army returned to the TYBW story arc, and even the aggressive villain Grimmjow became more like an antihero when he helped the heroes fight Askin Nak Le Vaar. Even Nelliel returned for a time, but the former 3rd Espada, Tier Harribel, had a rough time by comparison.

Tier Harribel is even stronger than Grimmjow, but the TYBW arc won’t let her prove it. In a short flashback, Tier Harribel was defeated and captured when Yhwach’s army invaded Hueco Mundo, and she wouldn’t say or do anything else ever again.

Many Bleach fans deride Ichigo’s best friend Yasutora “Chad” Sado for being weak or useless since he never wins any real fights in the story. Chad kept it up in the TYBW story arc, only making a token contribution to Ichigo’s heroic quest to save the universe.

Rukia and Renji each got glow-ups later in the story, and Ichigo certainly did, too. Chad, meanwhile, was largely the same as ever and never scored any serious victories in the TYBW arc. Even Chad’s minor victories in the Soul Society and Hueco Mundo arcs feel pretty substantial compared to that.

Izuru Kira is the Lieutenant of squad 3, and he showed off his fascinating shikai, Wabisuke, twice in the original anime. He once fought Rangiku with it, then executed Abirama Redder with his weight-doubling abilities in the Fake Karakura Town arc.

RELATED: 10 Anime That Wasted its Villains

Starting in the TYBW arc, Izuru Kira became totally sidelined. Bazz-B mortally wounded him right out of the gate early in the arc, and then Izuru returned later to fight just a little more. He didn’t even use his shikai’s fascinating ability to any serious effect in the TYBW story.

Rojuro’s bankai has a theme of musical performances and elemental attacks, and it looked really cool while in progress. Unfortunately, Mask interrupted that bankai and almost killed Rojuro with just one ranged attack, and Rojuro hardly ever did anything after that.

Sternritter K, the helmeted BG9, took part in the first battle with the Soul Society and personally stole Captain Soi Fon’s bankai. BG9 wasn’t seen actually fighting, though, and BG9 didn’t do a whole lot during the later battles, either.

BG9 did have a cool minigun, but it was destroyed after a few seconds. Worst of all, BG9 made little to no use of Soi Fon’s bankai and was never seen using its Voll Stern Dich/Vollstandig. In fact, it was never revealed what BG9’s Schrift, K, even stands for.

Captain Soi Fon really shone in the Soul Society arc when she had an assassin battle with her former mentor, Yoruichi. She also clashed with both Ggio Vega and Barragan Luisenbairn in the fake Karakura Town, but she was largely sidelined after that.

Soi Fon wasn’t even seen fighting BG9 in their first clash, and she only traded a few blows with her enemies in round 2. Soi Fon made limited use of her elite martial arts, which is a shame, and she also didn’t use her instant-death shikai, Suzumebachi, either.

Lieutenant Chojiro Sasakibe of squad 1 underperformed in every Bleach arc where he appeared. Despite being Yamamoto’s right-hand man, he was totally wasted in the Soul Society arc, and he did almost nothing in the fake Karakura Town, either.

In TYBW, Chojiro did even less. He got his bankai stolen off-screen, then was fatally impaled on one of Driscoll Berci’s spirit spears. His death was simply a warning of what was to come, and it’s a shame he wasn’t seen using his own bankai before his tragic death.

Shinji Hirako appeared in the Arrancar arc as an ambassador of the eight Visoreds, and he helped the heroes fight Grimmjow and Aizen. Shinji was fairly impressive at the time, but in TYBW, Captain Hirako of squad 5 is oddly reluctant to use his full power.

Shinji teased Bambietta with his shikai, but foolishly refused to take advantage of its effects and actually attack her with it. He appeared again after that but did little as a Captain with a Hollow mask. In fact, he never even attempted to perform bankai to fight the Sternritter.

2 Sajin Komamura Gave It All For One Fight

Captain Sajin Komamura is the towering leader of squad 7, and he did well in the Soul Society arc and the fake Karakura Town battle with his shikai and bankai. Then Bambietta stole his bankai, and Sajin had to find a new way to fight when round 2 began.

Sajin used a special power to gain a humanoid form with immense power, and he handily defeated Bambietta. However, the strain exhausted all of Sajin’s power, and he shrank into an ordinary dog, unable to fight or lead Soul Reapers in battle ever again.

1 Robert Accutrone Didn’t Do Much After Fighting Shunsui

Robert Accutrone is another Sternritter who only had a single moment of glory before he became sidelined in TYBW. In the Soul Society invasion, Robert was impressive when he fought Captain Shunsui Kyoraku, using his spirit pistol to shoot out Shunsui’s eye.

After that, Robert had little more to say or do, and his Voll Stern Dich wasn’t fully shown, either. When Yhwach activated Auswalhen, Robert warned Liltotto about its fatal power, and then he died before Liltotto’s eyes. In the end, fans never learned what his Schrift, N, actually stands for.

NEXT: 10 Bleach Characters Who Hate Violence