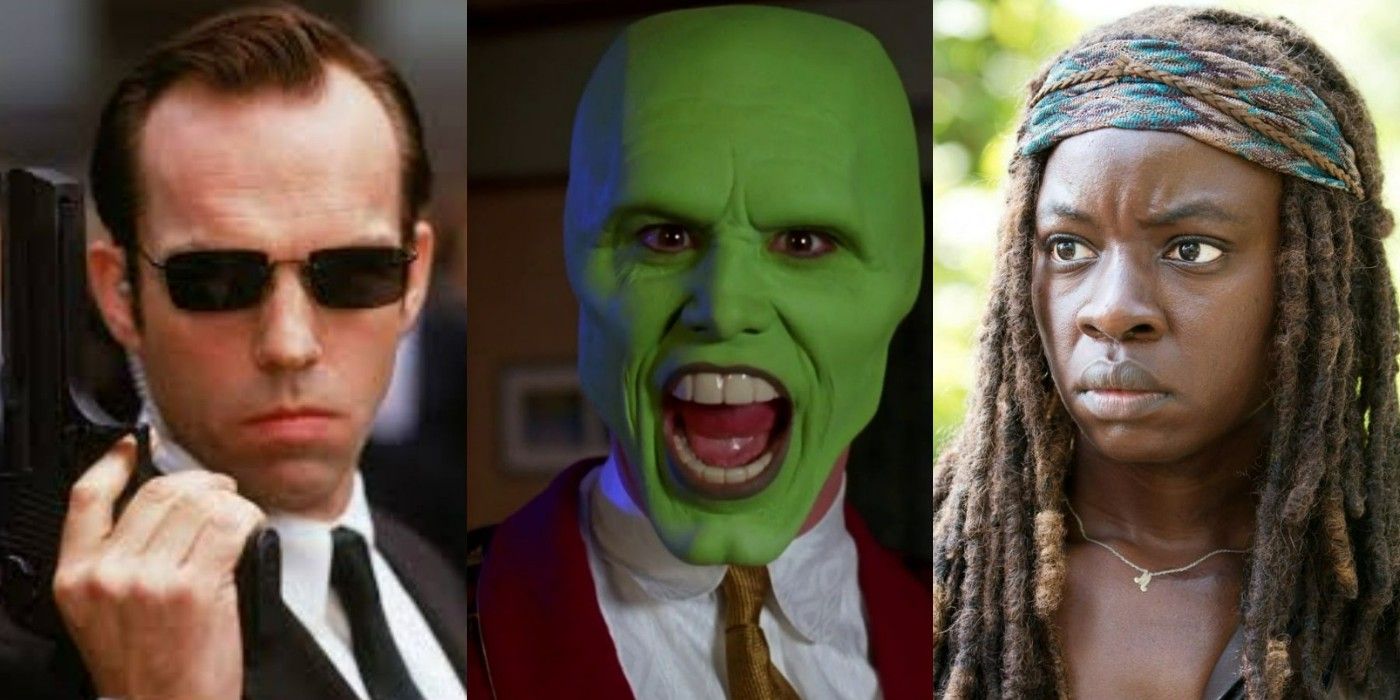 The Mortal Kombat franchise has spawned some of the most popular fighting video games of all time. What makes these games stand out compared to others such as Street Fighter or Tekken isn’t just the intense violence, but also the cast of colorful characters.

Gamers enjoy playing as fan-favorites like Sub-Zero or Raiden, but recent Mortal Kombat games have begun the trend of including special guest characters from other franchises. So far, pop culture icons such as Jason Voorhees, John Rambo, and even Kratos have appeared in the Mortal Kombat universe. This makes people wonder who else would fit in as a guest fighter in future installments.

10 The Mask Would Add Some Much-Needed Humor

The Mask was originally created for Dark Horse Comics, but was popularized by the hit 1994 film starring Jim Carrey. The movie adaptation took many liberties with the character and turned him into a lovable, wise-cracking jokester with cartoon-like abilities (conjuring items from hammerspace, shapeshifting, and even occasionally breaking the fourth wall).

The Mortal Kombat universe is filled with characters possessing unique powers like breathing fire or turning into dragons, so the Mask and his skill set wouldn’t feel out-of-place. His light-hearted, jovial attitude would also mesh well with other comical characters like Johnny Cage or his daughter Cassie.

Billy Butcher made his debut in The Boys back in 2006 and developed a massive following with his role in the Amazon Prime adaptation. Butcher grew up in a rough part of London with an abusive father and also served in the Royal Marines before becoming part of a ragtag group of vigilantes dedicated to taking down super-powered individuals.

RELATED: The Boys: 10 Times Billy Butcher Proved He Could Be A Real Hero

During his first appearance, Butcher was a regular human being with exemplary combat skills and a wealth of military knowledge. Once he was injected with the chemical Compound V, he developed near-invulnerability, laser vision, flight, super strength and more. Butcher with or without the Compound V would prove to be an interesting and worthy fighter within the Mortal Kombat universe.

8 Michonne’s Sword Could Slice Through The MK Roster

Michonne is one of the main characters of The Walking Dead franchise. She is a stoic, fearless warrior, armed with a sword that’s killed countless undead walkers throughout the years.

As demonstrated in The Walking Dead universe, only the strongest survive, and Michonne has proven herself more than capable of taking on undead walkers, marauders, bandits and more. Her sword-based combat style alone could make her a fun character for anyone who desires a more “realistic” fighter option in Mortal Kombat.

Famous for his role in the Watchmen series, Rorschach is a controversial antihero with a sense of moral absolutism and a distaste for anything he considers to be “evil.” Although he is recognized as one of the greatest fictional detectives, he has also demonstrated himself to be an excellent fighter.

Rorschach may not have any superpowers, but that doesn’t make him any less of a threat. He can turn virtually anything into a weapon, whether it’s cooking oil, or even his own jacket. Rorschach’s improvisational fighting methods and grappling hook gun could lead to some very interesting fights in the Mortal Kombat tournament.

6 John Wick’s Gun Fu Would Be Fun To Play

John Wick is a former hitman with a reputation as one of the most feared people in the entire world. After a gang steals his car and murders his dog, he returns to the criminal underworld and sets off on a one-man revenge spree that leaves a trail of bodies in its wake. John manages to take down other legendary hitmen using guns, knives, horses, and even a pencil.

John Wick is trained in various fighting styles, but he is most famous for his gun fu, a combination of hand-to-hand and melee weapon combat, and firearms. Players would have a blast using John Wick’s unique fighting style against the likes of Scorpion or Noob Saibot.

Goku is one of the most famous anime characters from one of the most popular anime series, Dragon Ball. Based on the mythological character Sun Wukong, Goku is part of a race known as Saiyans who can fly, teleport, shoot energy blasts, morph into giant apes, and boost their own power levels.

Players familiar with the Dragon Ball Z: Budokai video game series know how much fun it can be playing as Goku or any of his fellow Saiyans. Putting Goku in a Mortal Kombat game seems like the next big step for him. With his various powers and abilities, Goku may quickly become one of the most powerful characters to be introduced to the series.

4 Xena Can Hold Her Own Against Gods And Monsters

Xena first appeared as a secondary character in Hercules: The Legendary Journeys, but became so popular that she earned her own television show. The warrior princess’s adventures took her across Ancient Greece and beyond, and she has defeated notable villains such as the King of Hell and the Greek God of War.

Some of the best parts of Xena: Warrior Princess were the fight scenes where the title character battled various warriors, gods, and monsters. Xena’s fighting style — especially when using her trademark weapon, the chakram — would be right at home in the world of Mortal Kombat.

3 Wolverine’s Claws Could Tear Through The Netherrealm

Wolverine is regarded as one of the strongest, most vicious fighters in all of Marvel Comics. A mutant possessing an array of powers such as super-strength, self-healing abilities, and near-indestructible metal claws, he has defeated countless enemies without so much as breaking a sweat.

So far, the Mortal Kombat universe has introduced several DC characters as guests, and it even featured a crossover with the DC universe. Fans of the franchise are waiting for a Marvel character to get their chance to shine, and Wolverine easily tops the list of potential guests.

Agent Smith is a powerful artificial intelligence entity that seeks to instill order within the simulated reality of The Matrix. He possesses many basic superpowers such as enhanced strength, agility and speed, but he can also possess the bodies of other people or summon an army of fellow Agents to support him in battle.

While many of the main characters from The Matrix series would be fun additions to the Mortal Kombat roster, it’s Agent Smith’s extra abilities like body-swapping that make him stand out. If he has these same powers in the game, it could make for some very interesting and creative showdowns.

1 Furiosa Should Not Be Underestimated

Furiosa is a strong-willed leader who first appeared in Mad Max: Fury Road. Almost immediately after she was introduced, she proved her bravery and quick-thinking as she escapes the tyrant Immortan Joe with his five “wives.” Throughout the movie, Furiosa takes down enemy after enemy, never showing fear or hesitancy.

Furiosa has skills, but she isn’t an expert martial artist or top marksman. However, she is a resourceful and cunning leader who relies on her quick wits and planning to defeat enemies. In the Mortal Kombat world, Furiosa would be the underdog who proves herself more than able to hold her own.

NEXT: 10 Things Gamers Want To See In Mortal Kombat XII