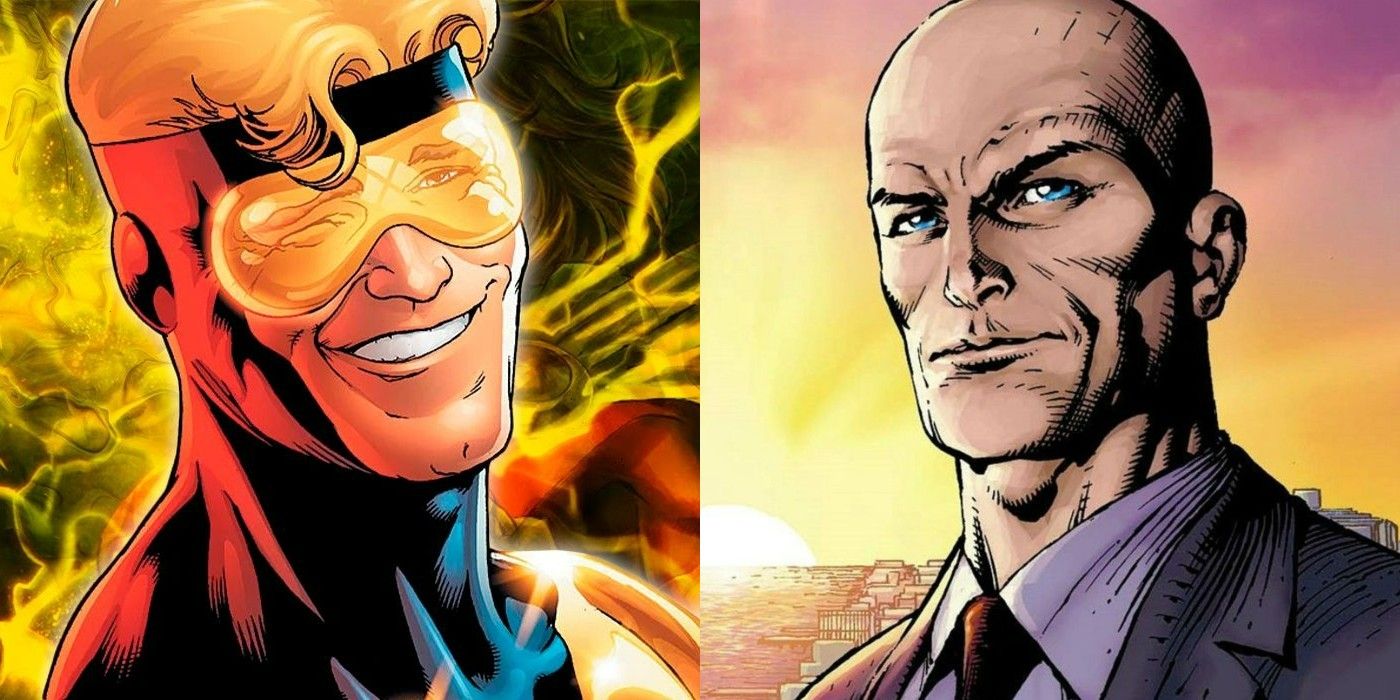 A fraud is someone who deceives others, often criminally, for personal or financial gain. Fraud is essential to many villains’ schemes in DC Comics, especially those with alter egos, shell companies, and body doubles. Some are more frequently deceitful than others, and the villains aren’t the only guilty parties.

Some DC heroes maintain alter egos for personal gain, while others mask their true motives. Whether heroes are deceptive for the greater good or for personal gain is debatable, and varies case by case. DC’s biggest frauds span a wide range of titles and teams, each harboring great secrets from their allies, enemies, and the people they seek to protect or harm.

10 DC’s Droids Are Geared For Deceit

Red Tornado has been body-snatched by evil androids, and Amazo clones do serious damage by mimicking their opponents. Robotic villains like Metallo and Brainiac have always given constructs a bad name, and they too have posed or acted as heroes on occasion.

9 Half The ’90s Supermen Were Frauds

Superman’s ill-fated battle with Doomsday meant that 1993 started without him. The power vacuum left in Kal El’s wake hugely impacted the Justice League and, by extension, the world. Metropolis felt his loss the most, and the Supermen who tried to fill Clark’s boots weren’t all they seemed.

RELATED: 10 DC Heroes With Too Many Aliases

Steel proved himself and Superboy meant well, but Cyborg Superman and one some people called “Dirty Harry with a cape,” had evil written all over them. The latter was secretly the Eradicator, while Cyborg Superman was a man named Hank Henshaw. LexCorp made a puppet of Hank from the moment he joined their space program, but average citizens never expected his dark turn.

The Joker is pretty honest about his own reputation and his obsession with Batman, but his true identity has always been cloudy at best. Whether attributable to writers backing out of ideas or attempts to rectify inconsistencies, the Clown Prince of Crime has revealed and denied many backstories.

Canon or not, Geoff Johns’ Batman: Three Jokers insists that multiple Jokers exist and have plagued the Bat-family at different times. The New 52 built up to Joker revealing his immortality, but he later claimed it had been a ruse. More often than not, when the Joker reveals something deeply personal, he’s probably yanking someone’s chain.

They aren’t very friendly and their team name and dynamics aren’t heroic, but somehow the Crime Syndicate has repeatedly posed as the Justice League’s replacement to varying degrees of success. Maybe their relative familiarity drives the ordinary people of DC Comics not to question such things.

Geoff Johns and David Finch’s Forever Evil brought the Syndicate into the New 52. Having trapped Earth 1’s heroes inside the Firestorm matrix, the Crime Syndicate’s excessive force and general crookedness soon washed away their heroic facade, leading DC’s greatest villains to fight for the return of their mortal enemies.

J’onn J’onzz struggles with his identity more than most superheroes. As a shapeshifting telepath, he can insert himself into people’s lives with ease, but he uses that ability for more than subterfuge. Several aspects of his identity physically split off in Rob Williams and Eddy Barrows Martian Manhunter Vol. 4.

RELATED: 10 DC Characters Who Deserve A Solo Series In Dawn Of DC

One befriended a child, one was a cat burglar who remembered her life, and one was a similarly unaware investigator, all while Martian Manhunter was dealing with Amanda Waller behind the Justice League’s back. Secrecy and hidden identities are nothing new for J’onn. He was even the hero Bloodwynd for several years, unbeknownst to his teammates, his enemies, or the real Bloodwynd.

5 Lex Luthor Is Evil, Despite Whatever He Says

Lex Luthor is the most prolific and dubious schemer in DC’s multiverse. He’s got a never-ending supply of robot proxies to ensure that he can watch the fallout of his plots from a safe distance while maintaining the hands-on control he seeks from every situation. Lex is a villain through and through, but that doesn’t stop him from convincing people otherwise.

While Lex is usually thwarted by Superman and left with wounded pride and a bruised ego, his stints as a world leader and as Superman each made him untouchable. Apart from political and physical power, Lex frequently twists his image into one the public supports.

4 Booster Gold Was Always A Liar

Booster Gold began his career in the modern age with fraudulent intentions. The 25th century Gothamite stole his costume and all its gear from a museum and, using the tools of other heroes, came to the 20th century intent on becoming its greatest hero. To do so, Gold staged crimes he could stop for publicity.

Booster Gold’s real acts of heroism usually came by accident or were met with general apathy. He definitely built a reputation, but not the one he’d intended. While he started out as a fraud, his particular path to heroism brought tragedy, loss, and great failures. Booster is an absolute goober, but at least he’s working on it.

3 Terra Is Famous For Fraudulence

Tara Markov is among DC’s most notorious frauds and is known for little else. She joined the Teen Titans late in 1982 and met her end in ‘84, ostensibly at her own hand. Somewhere along the way, Terra’s true intentions as a mercenary under Deathstroke came to light. She’s been a villain ever since.

Tara Markov crawled out of her coffin during Blackest Night with the sole intention of murdering the Teen Titans. Her powers could theoretically enable her to attack the tower itself, but she instead targeted Beast Boy by changing her form. Even as a zombie, she acted lost and afraid to better position herself to murder the Titans.

John Ostrander’s The Spectre is one of DC’s best ghost stories because it warns of human cruelty. For decades prior, the Spectre was God’s unquestionable vengeance. Ostrander’s series calls into question the weight of vengeance against that of justice, and whether the Spectre is a hero at all.

Jim Corrigan struggles with his insurmountable battle against all “evil,” but an odyssey through celestial realms exposes his flawed understanding. Corrigan was a police officer in an era of segregation and intense bigotry, and he carried his prejudices against anyone other than straight white men into his Spectre persona. Divine vengeance and human prejudice are not the same, making Spectre a fraud.

1 Maxwell Lord Ran The Justice League To Distract Them

Telepathy comes in handy when trying to convince people of clever lies. Maxwell Lord was originally designed as an Amanda Waller-type — a ruthless businessman with a plan requiring superheroes. Maxwell Lord had been a tool for multiple superintelligences until a retcon made it all a long con.

Maxwell Lord actually hated metahumans and believed their existence was a threat. Like any self-important villain, he believed he was the only one who could “fix” the world, so he directed heroes solely to keep them busy. When Blue Beetle blew his cover, Lord killed him and then took control of Superman. When Wonder Woman snapped Lord’s neck, it occurred on live television, all according to Maxwell’s plan.

NEXT: 10 Most Bizarre Mythical Creatures In DC Comics