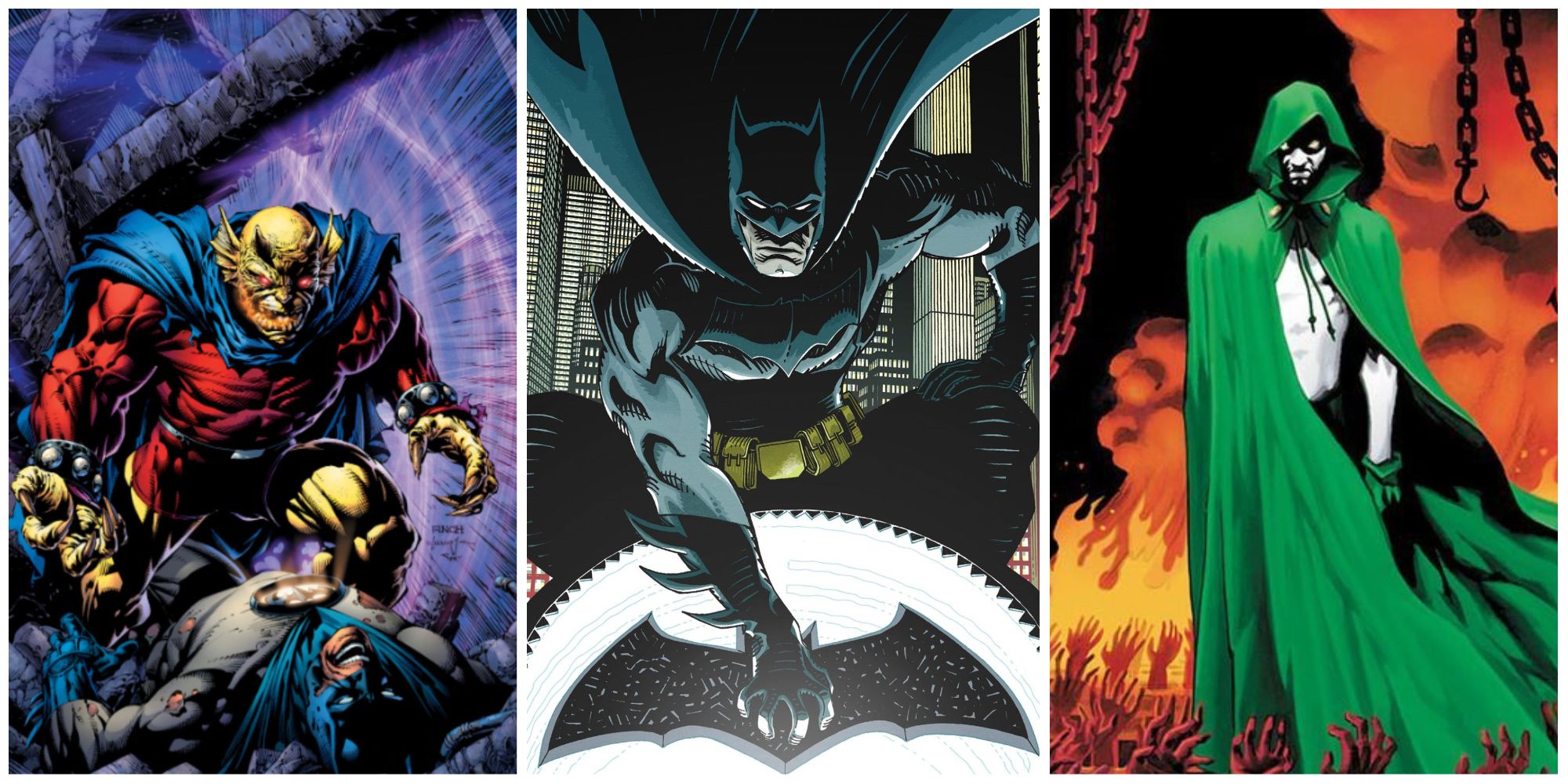 DC has a proud history when it comes to horror comics and characters. From its old anthology comics like House of Secrets to newer stories like Blackest Night, the publisher is one of the best names in horror comics. This reputation should remain true even in the cinematic universe.

Horror movies have proven themselves a strong genre in cinema, and there’s no reason this wouldn’t hold true in superhero movies. The DCEU’s TV series have all shown success and popularity with more mature themes, especially Swamp Thing and Doom Patrol. A lot of great heroes in the DCU would be perfect for horror, where their histories and powers can provide a good scary story.

10 Hawkman’s Archeological Profession Is A Good Tie To Horror

History and archeology have proven their horror potential consistently through films like The Mummy and Van Helsing. Although typically a more restrained spin on horror friendly to younger audiences, this would be the perfect match of tone and genre for Hawkman.

Hawkman and Hawkwoman have had their share of tangles with monsters, cosmic entities, and maniacal murderers. Ranging from their encounter with the Lord Beyond the Void to the Manticore, the Hawks and their numerous artifacts are a great way to introduce tales of horror.

9 Zatanna Has A Great Link To Mystical Horror

Zatanna, much like fellow magicians John Constantine and Doctor Fate, specializes in the mystical and often horrific side of DC. As a member of the Justice League Dark and main JLA, she has aided other heroes when fighting the supernatural threats.

RELATED: 10 Comics That Could Reshape The DCEU

Zatanna was given an especially compelling story of horror and a villain in the 2018 Justice League Dark series. There, she went face to face with the Upside Down Man, who presented a terrifying threat from another dimension. The series was one of Zatanna’s best stories and should be adapted to the DCEU.

8 Batman Has Always Been A Good Fit For Horror

Batman has always had incredible horror potential, as has been seen in classic stories like Batman: The Cult and numerous arcs from Legends of the Dark Knight. However, in his case, his Elseworlds stories would be the best place to look for truly great horror stories.

Stories such as Red Rain, The Doom That Came To Gotham, and more put Batman in a setting against genuine terrors that he had to face. As a street-level detective, contrasting Batman against the supernatural, dark forces of the DCU makes for some of his best stories.

7 Green Lantern Would Be Perfect For Cosmic Terror

Green Lantern has shown ever since the Golden Age version that he’s very well suited to horror. One of Golden Age Green Lantern’s key villains was Solomon Grundy, the zombified gangster with a Hulk-like appearance. However, the modern Green Lanterns are even better in horror.

The Green Lantern Corps patrols the entire galaxy to safeguard against threats of any kind. Through stories like Blackest Night, the lanterns have shown their potential in cosmic terror. They have battled zombies, aliens, and a literal manifestation of fear.

6 Etrigan Is The Rhyming Demon From Hell

Etrigan was created by Jack Kirby in 1972 as a rhyming demon who occupied the body of Jason Blood. Once a hero of the Arthurian era and friend to Merlin, Etrigan may be a demon, but he’s often aligned with the forces of good. When needed, Jason Blood can summon the demon the fight forces of evil.

Etrigan has featured in a number of horror stories, famously crossing over with Batman in the Elseworlds story Batman/Demon: A Tragedy. Here, he was placed in the body of Bruce Wayne and would emerge by night to murder his enemies. However, the possibilities for Etrigan are endless.

Doctor Fate proved to be the best feature in Warner Bros.’ Black Adam, as played by Pierce Brosnan. The hero’s popularity mirrors that of the comics, where he is one of the better mystical heroes in the DCU. His reality-warping powers and ties to magic make him a good fit for horror.

RELATED: Every DCEU Movie, Ranked According To IMDb

Doctor Fate has been shown to battle creatures of terror across mediums, famously battling a Lovecraftian god in the Justice League cartoon. This level of threat for the hero would be the best direction for him in the DCEU should he return in later entries.

4 Deadman Is Trapped In Spiritual Form

Deadman was once Boston Brand, a circus performer who was murdered and given a new form to solve his death. Trapped in as a spirit, Boston can only make contact with the world of the living through possession or communication with magic users who can see him.

Deadman is strongly tied to the Justice League Dark and has proven useful in solving stories of murder and horror before. As a hero caught between the living and the dead, Deadman is best suited to ghostly tales of hauntings and possessions. He could bring a Conjuring style of film to DC.

3 Spectre Is DC’s Spirit Of Vengeance

Spectre is the DCU’s spirit of vengeance, a cosmic being of divine wrath who occupies the bodies of humans to exact justice on evildoers. Typically seen in the body of detective Jim Corrigan, Spectre lurks beneath the officer’s exterior until the opportunity is presented to punish someone who escaped justice.

Whether in a leading role or as a supporting figure, Spectre’s entrance to the DCEU would be best served by a horror movie. The hero would be best suited to the mature tone that has been established in Swamp Thing and Doom Patrol, rather than in a standard superhero movie.

John Constantine has been a staple of DC’s mature stories since the 1980s. Introduced as a supporting hero in the story of Swamp Thing, he came into his own with his Hellblazer series. There, the occult detective and magician explored the dark side of magic in the DCU.

Constantine has done battle with demons, witches, and monsters, and usually manages to come out on top. With a few live-action appearances as well as popularity in animation and comics, Constantine has shown he’d be perfect for his own horror movie.

Swamp Thing is not just many DC fans’ favorite hero but is easily the most significant horror character that the publisher has. Thanks to animated appearances, two separate TV shows, and two movies, Swamp Thing is a proven fit for the horror genre, especially creature feature stories.

In Alan Moore’s Saga of the Swamp Thing as well as Nancy Collins’ run on the character, the hero was given a great Gothic horror characterization. Even his original series was a great callback to the styles of Universal Monsters movies and Hammer Horror.

NEXT: 10 Great Movies Everyone Forgets Were Based On Comic Books