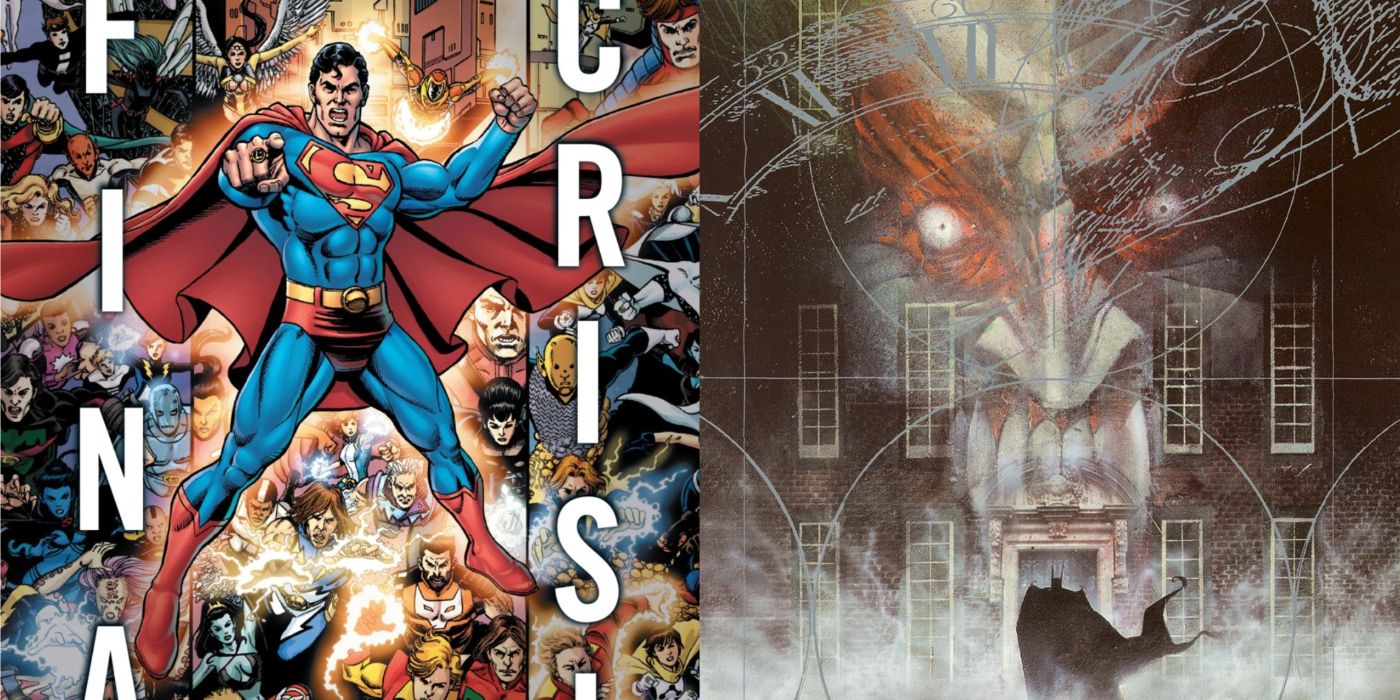 DC Comics has published many of the best superhero comics of all time. This makes a lot of sense, considering how great the heroes of the DC Universe are. With characters like Wonder Woman and Superman, great stories should be a given. However, DC has published many stories where their heroes aren’t the best characters. These tales put the villains front and center, and they’re the ones who make the story worthwhile.

DC’s villains are amazing characters, so it’s not hard to give them starring roles. In some stories, they steal the show completely, overshadowing their heroic foes. They’re the reason fans remember these stories, turning them into stars in DC’s firmament.

Black Adam can be an amazing villain, and nowhere is this more apparent than in JSA: Black Reign, by writer Geoff Johns and artists Rags Morales and Don Kramer. Adam retaking his home country of Kahndaq alongside heroes Atom Smasher, Nemesis, Brainwave II, Northwind, and Alexander Montez, and his battle against the JSA is an action epic. However, Black Adam is always the star.

Black Reign isn’t a revelatory character piece, but Adam steals the show every time he’s on the page. Readers had already started to love Black Adam, so seeing him triumph again and again was pretty great. For many fans, it’s still the best Black Adam story.

Green Lantern was killing it between The Sinestro Corps War and Blackest Night, putting out stories that thrilled readers every month. Green Lantern: Agent Orange, by writer Geoff Johns and artist Phillip Tan, introduced readers to the power of the Orange Lantern. Unlike the other Corps powered by the emotional spectrum, though, the orange light of avarice was owned solely by one bearer, Larfleeze.

Larfleeze stole the spotlight from the word go. Hal Jordan can be a great character, but during Johns’s run, he was a little too white bread. Larfleeze was everything but normal, bringing life to every page he was on. He had the perfect mix of fear and humor that makes a villain work so well.

8 Deathstroke And Terra Make The Judas Contract A Classic

New Teen Titans: The Judas Contract, by writer Marv Wolfman and co-plotter/artist George Pérez, is a classic. It’s the story that made Deathstroke a star, as the villain finally brings his plot against the Teen Titans to fruition, fulfilling his H.I.V.E. contract and getting revenge for his son Grant’s death. It also showcased Terra finally revealing her true colors.

RELATED: 10 DC Villains Who Deserve Their Own Comic In 2023

The New Teen Titans are all great characters, but Deathstroke and Terra make this story memorable. Getting Deathstroke’s origin was great, and readers seeing Terra for who she is made the story all the more unforgettable.

7 Every Villain Is Memorable In Whatever Happened To The Man Of Tomorrow?

“Whatever Happened To The Man Of Tomorrow?” by writer Alan Moore and artists George Pérez and Curt Swan, has long been considered one of the greatest Superman stories of all time. The last story of the pre-Crisis Superman was trademark Moore, bringing grit and realism to the Silver Age Superman. The reason the story works so well, however, is the way it treats its villains.

Man of Tomorrow is told from Lois Lane’s perspective, but the villains drive the story’s action and build-up. The Luthor-Brainiac team-up is especially chilling and bringing in the Legion of Supervillains was an inspired idea. Finally, Moore gave readers an unexpected look at Mr. Mxyzptlk and even Prankster and Toy Man are scary in this story. Bringing in new versions of familiar foes makes this story unforgettable.

The Batman: One Bad Day series of one-shots are must-read DC stories. Each one focuses on a different villain and each of them has its merits. It’s hard to pick just one, but Batman: One Bad Day: Penguin, by writer John Ridley and artist Giuseppe Camuncoli, stands tall, giving readers the fall and rise of its titular villain.

One Bad Day: Penguin really digs into Cobblepot’s character. It opens with Penguin at his lowest, his criminal empire stolen from him by the Umbrella Man, who used to work for him. It’s a different view of the Penguin than what readers are used to, and it worked so well.

5 Batman: The Killing Joke Is A Joker Showcase

Batman: The Killing Joke, by writer Alan Moore and artist Brian Bolland, has earned its place among Batman’s most controversial comics. Its focus on the Joker is what’s made it such a legendary story. The story gives the Joker a probable origin, and it juxtaposes the tragedy of that origin with the villain’s monstrous cruelty.

The Joker is always a great villain, and The Killing Joke shows off why he works so well. It was the first Joker story to give the villain a sense of melancholy, humanizing him just enough for fans to appreciate the monster he’s become.

4 Sinestro Is What Makes The Sinestro Corps War Sing

DC has produced some amazing sci-fi epics, with The Sinestro Corps War kicking off a series of stories that would lead to Blackest Night. Written by Geoff Johns, Peter Tomasi, and Dave Gibbons with art by Ethan Van Sciver, Ivan Reis, and Patrick Gleason, it introduced the Sinestro Corps to readers. It’s an action-packed tale full of spectacle, and it’s made by its villains.

The Sinestro Corps was the evil inverse of the Green Lantern Corps and the story went a long way toward building their threat. Each issue ended with a short story introducing its members and explaining why they joined the Corps. It’s an entertaining story made all the better by its top-notch villains.

This was Maxwell Lord’s telepathic influence at work. He didn’t appear until the end of the story, but he definitely stole the show. His speech about continuing to use Superman to kill Batman is chilling and is the centerpiece of the story. There’s some great action in this one, but Lord is what makes it special.

2 Superboy-Prime And The Legion Of Supervillains Made Final Crisis: Legion Of 3 Worlds Epic

Final Crisis: Legion Of 3 Worlds, by writer Geoff Johns and artist George Pérez, brought together the three versions of the Legion of Super-Heroes to battle the most dangerous version of the Legion of Supervillains yet. These villains gathered around Superboy-Prime, who ended up in the future after his multiversal jaunts. It’s a great story, full of huge moments, and is the best Legion story in years. However, the villains are definitely its best aspect.

Superboy-Prime’s place among Superman’s strongest villains made him the perfect threat, but throwing in the other great Legion villains really made the story epic. Prime can be hit or miss, but this story used him very well. A story this big needs great villains, and it delivered.

1 The Inmates Are What Makes Arkham Asylum: A Serious House On Serious Earth So Intriguing

Arkham Asylum: A Serious House On Serious Earth, by writer Grant Morrison and artist Dave McKean, is ostensibly a Batman story. However, the Dark Knight is nowhere near the best part of this tale. Arkham Asylum is so memorable because of how it digs into the hospital’s inmates, as well as its revelations about the Arkham family.

Psychological Batman stories work very well, and this one hits all the right marks. The story is more about swimming through the neuroses of Batman’s rogues’ gallery than anything else. The villains are the crucial part of the story, allowing it to hit in ways it couldn’t if it had only focused on Batman.