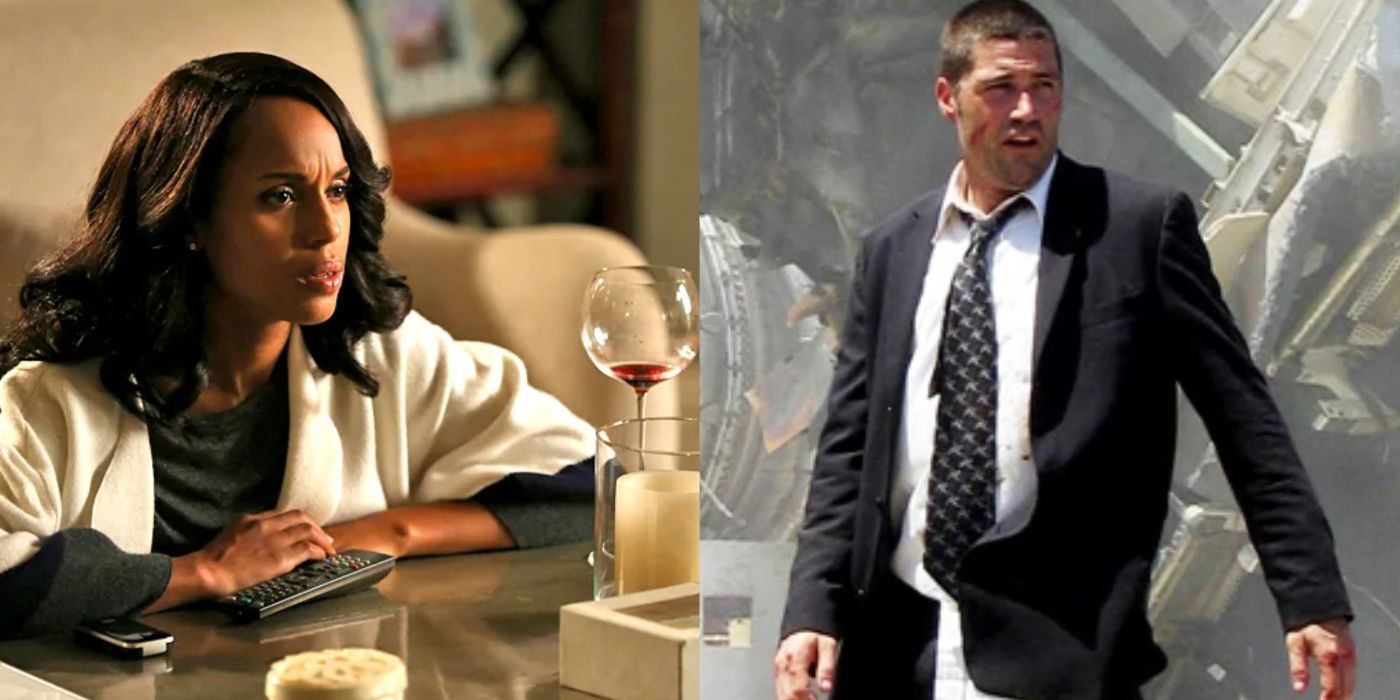 For several decades, ABC has remained one of the most popular networks in America. In 2022, it once again emerged third in the rankings in terms of viewership figures. All this is thanks to a wide variety of entertaining shows that aren’t often subjected to quick cancellations.

Having existed since 1948, the network has churned out hundreds of shows, but which among them are considered the best? The fan perspective regarding this question is best seen through IMDb ratings, aggregate scores of all individual reviews.

10 No Crisis Is Too Big For The Protagonist In Scandal

Over the past two decades, Kerry Washington has consistently given amazing performances in both movies and TV shows, but it’s in Scandal that she over-delivers. The series follows her character, Olivia Pope, who finds herself mingling with the Washington elite, thanks to her profession as a fixer.

The show’s spine is that of a political thriller, but it constantly hops from genre to genre, with espionage, action, and legal affairs being the most covered. Pope’s charisma brings life to every scene, too, and so does the enthusiasm of the strong supporting characters. On top of that, the show puts its own spin on political scandals, such as presidents having affairs and the alleged rigging of elections.

9 Revenge Has Never-Ending Twists And Turns

Movies and TV shows centered around vengeance are always a staple, so Revenge never struggles to intrigue. At the center of the proceedings is Emily Throne, a woman keen on bringing down a wealthy family that framed her father and got him murdered.

Emily VanCamp’s incredible performance results in the main character earning the complete trust of the viewers, even when she makes plans that aren’t feasible or does morally questionable things. The excessive wealth on display is heavenly and enviable, too, thanks to the work put into the cinematography and costume design. Most importantly, the twists never end. Just when Emily believes she has figured things out, new details emerge.

8 Race Relations Are Hilariously Analyzed In Fresh Of The Boat

One of the sitcoms with the strangest titles is a light-hearted look into the lives of immigrants. Fresh Of The Boat follows a Tawainese family in Florida as it tries to adjust to life in America. There’s never a dull day for the members as new challenges lead to comical moments and new realizations.

The sitcom is rejuvenating because it zooms into race relations from an Asian-American perspective, something that’s rarely seen in sitcoms. Fresh Off The Boat doesn’t dwell too much on stereotypes, either. Instead, creative jokes are delivered scene-by-scene, crafted in a manner unlikely to offend.

Today, all MCU shows premiere exclusively on Disney+, but before the streaming service was set up, ABC and Netflix were the go-to platforms. One project that stands out from this era is Agent Carter, which covers Peggy Carter’s career as a spy in the 1940s.

The series is essential to the MCU because it provides plenty of background information about two of the most popular Avengers, Steve Rogers and Tony Stark. This is because Peggy is Steve’s love interest, and she also got to work with Tony’s father, Howard Stark. By blending spy tropes and superhero elements, the show also ends up being more entertaining.

6 The Goldbergs Is Packed With Domestic Chaos

There have been several instances of ideas being better executed after being borrowed from elsewhere, and that’s the case with The Goldbergs. The sitcom’s premise is similar to that of Everybody Hates Chris as it is about creator y Adam F. Goldberg’s time as a child.

The ABC sitcom is arguably the better of the two because the family drama is switched up to the craziest of levels. There are plenty of great ‘80s pop culture references, and in addition to that, there’s hardly any weak character. Consequently, the burden of making the proceedings awesome never falls entirely on one person.

A good number of the best legal dramas are known to usher viewers straight into the courtrooms and law offices, but How To Get Way With Murder takes its time by molding its characters first. In it, a couple of law students are placed under the wing of attorney and professor Annalise Keating,

Fans, therefore, get to witness the learning process as well as the actual work. True to the title, a couple of murder mysteries are also sprinkled into the proceedings, and they’re dragged out enough to ensure maximum entertainment. Additionally, the show is packed with formidable villains, as is the case with most Shondaland shows.

A team-up between a crime novelist and a detective is unusual, but that’s the premise that Castle has to offer and it turns out to be a good one. The show follows the author and cop duo as they work together to solve crimes in New York City.

To make things fascinating, the relationship between the two is further complicated by having them fall in love. As a result, viewers get to see one of TV’s best-ever couples and a crime-solving pairing that beats what has been seen before in similar shows. As for the crimes, plenty of minor details are provided instead of just them being glossed over.

Immortality is a desirable special ability to many but not to Forever’s Dr. Henry Morgan. As the 200-year-old New York City medical examiner assists the NYPD in solving crimes, he also works hard to figure out a way to eventually become mortal like everyone else.

RELATED: 10 Popular TV Shows With Way Too Many Characters

Comparisons have been drawn between the show and the earlier version of New Amsterdam, with a 400-year-old detective as the protagonist. However, the IMDb rating shows that fans feel that the ABC show is more entertaining since the project it’s often compared to has a slightly lower score of 7.4

2 The Questions Never Stop In Lost

Few TV shows have more puzzling subplots than Lost, which makes it a gem. The show about survivors of a plane crash stranded on an island has more questions than answers, but all this helps maintain viewers’ attention.

One of the sci-fi show’s greatest strengths is that it also avoids the lack-0f-screen-time problem faced by projects with ensemble casts. Each character is developed properly through flash-forward and flashback scenes and the recollection of the past through dialogue. Furthermore, no other 2000s show does better than Lost regarding cinematography.

1 Modern Family Is Basic But Enjoyable

The best sitcoms avoid complicating themselves by simply choosing a simple setting and letting the jokes loose. Modern Family abides by that by focusing on three families and the challenges brought about by the changing world.

The IMDb score aside, the high Nielsen ratings and 11-season longevity attest to how much the show is adored. The love isn’t for nothing since Modern Family has many ways to trigger laughter, notably through segments where the characters air out their lamentations to the camera.