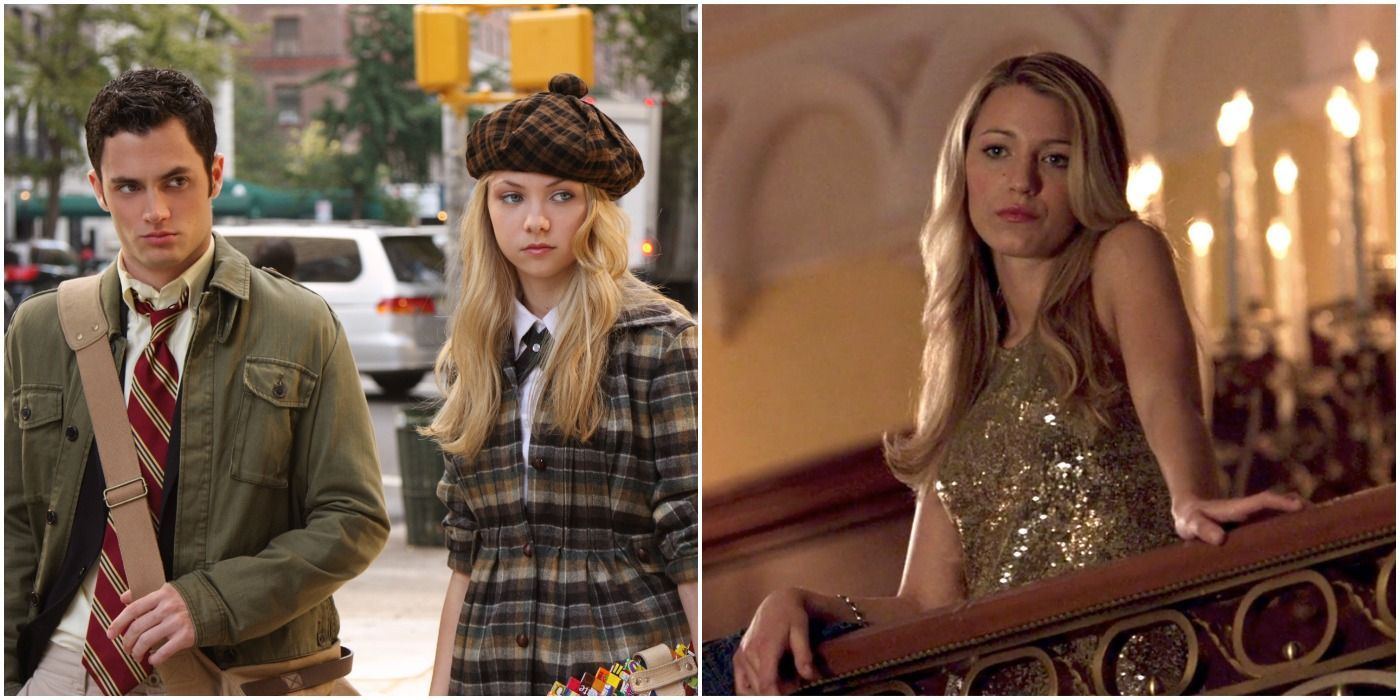 Few shows can match up to the cult status that Gossip Girl has achieved over the years. The Upper East Side’s obnoxiously wealthy teens became household names and gained massive fan followings, but the show has not aged very well. Rewatching Gossip Girl throws up several real concerns about the writing and characters.

In 2007, fans sided with Blair, Chuck, Serena, Nate, and Dan ferociously, but in the current climate, fans would rethink their loyalties. Some problematic elements were a little hard to digest, even for Gossip Girl’s diehard fans. The show is iconic by all means, but watching it through a modern lens comes with plenty of harsh realities.

10 The Audience Rooted For The Bad Guys

Engaging and contentious characters made Gossip Girl one of the best teen shows of the 2000s, and fans couldn’t help but root for the Upper East Side gang, too. Serena, Blair, Chuck, Nate, and their friends were unfairly wealthy, and they maintained their status by stepping on people who were less financially stable than them.

Both Chuck and Nate’s fathers committed fraud, but fans were made to feel sorry for these characters rather than feel outraged at the unethical actions that made them rich and powerful. Today, they would be met with disdain rather than fondness.

9 Chuck Was Incredibly Problematic And Nasty

Chuck Bass was one of Gossip Girl‘s most beloved characters, especially because of his arc with Blair. His troubled relationship with his parents and difficult past painted him as a romantic hero, but his previous attempts to assault Jenny and Serena were forgotten too easily.

Objectively, Chuck was not a redeemable character because he continued his nasty tricks well into Gossip Girl’s later seasons. He had tried to trade Blair for his hotel, and his previous assault attempts were brushed under the rug. Chuck should have been behind bars or left by his friend group at the very least.

8 Blair And Dan Were The Healthiest Couple

Iconic love triangles were a mainstay in Gossip Girl and other teen dramas, but the conflict between Chuck, Blair, and Dan baffled fans the most. Fans never expected Dan and Blair to be involved with each other, and most “Chair” shippers hated the couple. However, in hindsight, this was the only healthy relationship in the whole show.

Dan and Blair actually shared interests, supported each other’s dreams, and worked to make their relationship better. Dan and Blair showed up for each other in a way that no other couple did on Gossip Girl. Perhaps fans were so sold on toxic but exciting relationships at that point, that a sweet and loving one seemed disturbing.

7 The UES Group Thrived On Nepotism

Nepotism has become a hotly-debated topic these days, and the Upper East Side gang was a prime example of the phenomenon in action. In fact, Gossip Girl actively showed Blair, Serena, Nate, and Dan get internships, college admissions, and enviable opportunities because of their connections, and the audience cheered when they succeeded.

Other hardworking students like Nelly Yuki were stepped on and discarded because of the privilege of the main characters, which is quite unsavory to watch today. What made it worse was that these protagonists didn’t even value the career breaks they got because of their families and friends.

6 Dan Was Not Poor

From the beginning, Dan was portrayed as a misfit who went to school at Constance Billard because he was supposedly poor. In retrospect, Dan was not economically disadvantaged at all. His father was a former rockstar, and they owned a massive loft in Brooklyn. Rufus could also afford to send both his kids to a private school and also was in the midst of an expensive divorce.

RELATED: The 15 Most Disliked TV Show Characters Of All Time

Dan was only considered “poor” because he was not as rich as his classmates, who were a part of the top 1%. He was quite well-off, so the narrative of Nate being the outsider within his friend group became a moot point.

5 Gossip Girl Was Rife With Homophobia And Classism

Gossip Girl thrived on controversial topics and themes, but the rampant homophobia and elitism that the characters displayed were problematic. Students were outed to their family and friends without their consent, underage students’ sex lives were on full blast, and characters like Chuck and Blair repeatedly bullied people for not being rich and beautiful.

Gossip Girl could have still been scandalous without being hateful and problematic. There was a dearth of representation in the main characters as well, and the further mockery of the LGBTQ+ community and people’s economic backgrounds added insult to injury.

Blake Lively and Chace Crawford nailed their roles in Gossip Girl, but Serena and Nate’s characters were handled very frivolously. Both the teens went through the difficult ordeals, including drug addiction, parental neglect, and mental health conditions.

Even though both Serena and Nate endured hardships, the Gossip Girl writers never addressed these concerns. Both the characters were labeled callous and wild, but they were actually troubled kids who needed help. These issues should have been dealt with more responsibly, instead of using their trauma for entertainment.

3 Every Woman Was Slut-Shamed In Gossip Girl

A feature that stands out like a sore thumb in Gossip Girl is the misogyny that every character exuded. Every female character on the show, from Blair and Serena to Jenny, had been shamed for their sexuality.

Sadly, Gossip Girl’s male characters were never held to the same high standard that the female characters were, and they didn’t have to face any consequences when they cheated, hurt, and manipulated people. It was common for the girls to attack each other similarly because it was acceptable in their universe. All in all, Gossip Girl had some very sexist storylines and characters.

Blair Waldorf is one of the meanest girls on TV. Her sass and quick wit were definitely commendable, but her mean streak was a bit too nasty. She inevitably became a role model to young girls for her tenacity, but her disparaging comments about her friends and the way she tore her peers down were far from inspirational.

Additionally, Blair put up with a lot of toxic and abusive behavior in her relationships, which was harmful for young women to watch. Blair should not have been depicted as an aspirational character.

1 Dan Stalked His Friends But No One Cared

The ultimate Gossip Girl reveal left fans dumbstruck and confused. Dan’s role as the malicious blogger was hard to swallow, but it was made worse by the fact that Serena and the gang forgave him in a second for all of his misdeeds. Dan had serially stalked and harassed his friends for years, but nobody really cared.

In fact, Dan got to marry the girl he had bullied anonymously and was accepted into the fold for his activities. Dan’s obsession with the Upper East Side and his merciless cyberbullying were pretty much ignored, and he never faced any repercussions.

NEXT: 10 TV Shows You Didn’t Know Were Based On Books