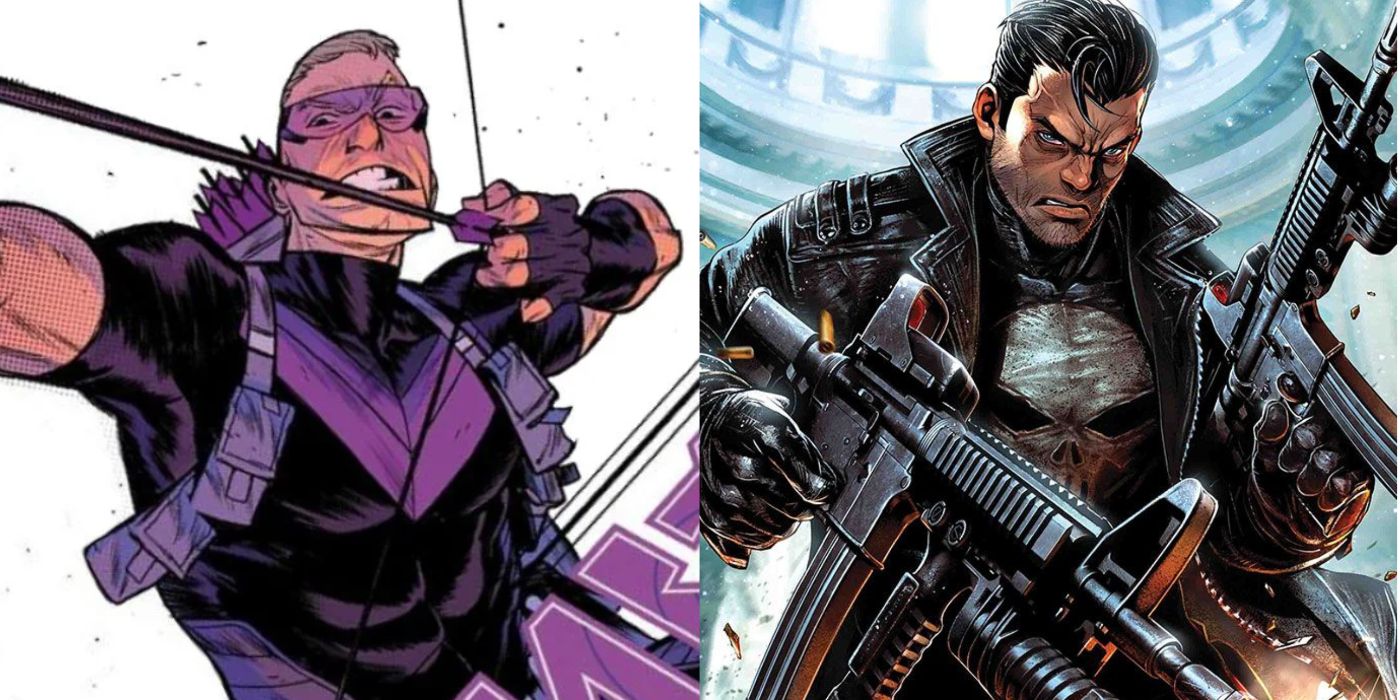 Marvel’s heroes have always had problems with authority. This was one of many ways they were different from DC’s. Like all superheroes, Marvel’s fought evil and worked with the police, but they had no problem doing what needed to be done even if the authorities were against it. Some heroes had bigger problems with authority than others, though, and their careers were defined by it.

Some Marvel heroes live to stick it to the man. They hate other people telling them what to do. They have no problem saving lives, they just don’t want people in power hassling them. Some react violently to interference and some respond with comedy, but either way, they have no respect for authority.

10 Spider-Man Respects Authority As Much As It Respects Him

Spider-Man is Marvel’s most popular hero, and he’s always had a healthy disrespect for authority. In his case, it’s entirely warranted. Spider-Man has been called a menace by J. Jonah Jameson for years and has been hunted by the police. It doesn’t matter what good he tries to do, there’s always someone trying to punish him for it.

Even among his fellow heroes, Spider-Man is always flippant with anyone who bosses him around. He responds to authority by mocking it mercilessly. Spider-Man has gotten better about authority as he’s gotten older, but that doesn’t mean he won’t make fun of its mistakes.

9 Iron Man Only Respects His Own Authority

Iron Man has always been a figure of authority, but that doesn’t mean he respects anyone else’s authority. Iron Man believes in himself and his own abilities more than anyone else and always objects to being restricted. He’ll ignore the laws and leadership of the land if he feels it’s necessary, and the only judgment he trusts is his own.

That’s the thing about Iron Man; he’ll become Secretary of Defense or Director of SHIELD and make everyone listen to him. However, put anyone else in those roles and he’ll be the first to advocate for rebellion.

Johnny Storm is the youngest member of the Fantastic Four. He always brought a certain rebellious energy to his career. Human Torch was always the first person to make fun of Doctor Doom or get mouthy with anyone telling him what to do. When it came to Reed or Ben, it was mostly good-natured but almost anyone else would get a hot-headed response from the Torch.

Human Torch’s disregard for authority has gotten violent in the past. His hotheaded nature contributed to his attitude toward authority. He enjoys needling those in power and will stop at nothing to mess with authority, if only because it entertains him.

7 Luke Cage Has Been Victimized By Powerful People

Marvel’s B-listers are great heroes and whenever they get the chance they prove it. Luke Cage got that chance as an Avenger and he knocked it out of the park. He became a leader of the team, but at the time Cage’s Secret Avengers were in a conflict with SHIELD’s director, Iron Man. This wasn’t the first time Luke fought power, and his actions throughout his career were definitely justified.

Cage grew up in Harlem in a Black neighborhood. He learned at an early age that the people in power don’t look out for people who look like him, so he grew up with a healthy distrust of authority. He knows what can happen when those with authority decide someone isn’t a human being.

6 Gambit Was The Bad Boy Of Many X-Teams

Gambit has been on a lot of teams, but he’s always been Marvel’s bad boy. Gambit came up as a member of the Thieves Guild in New Orleans. He understood that working in teams was beneficial, but he wasn’t going to make it easy for anyone in charge. Gambit may listen to an extent, but the moment he thinks he has a better idea, that’s what he’s going to do.

5 The Hulk Constantly Finds Himself At Odds With Authority

The Hulk is the strongest one there is, but deep down he just wants to be left alone. However, ever since the gamma bomb opened up the Green Door and gave Bruce Banner his powers, everyone has wanted a piece of him. He’s been hunted by those in authority even when he didn’t deserve it and has constantly found himself on the wrong end of human power.

The Hulk has often been at odds with everyone from military generals to the Illuminati. In fact, he led an anti-authoritarian group for a while, fighting against the corruption of both corporations and the government. The Hulk wants to be left alone, and the best way to achieve that is to topple the system.

4 Wolverine’s Anti-Authority Attitude Made Him A Star

Wolverine has proven to be an extremely reliable member of the X-Men, but it’s not because he’s known for following orders. Wolverine’s early relationship with Cyclops and Professor X showed how he felt about authority figures, an attitude born from being used and abused by people with power. Wolverine was the X-Men’s original bad boy.

Wolverine became known for having a bad attitude toward anyone with authority. He has reacted violently to authority figures in the past, letting everyone know exactly where he stood. He’s lightened up as the years went by but he’s always ready to question those in power.

Namor is the king of Atlantis, responsible for the biggest kingdom on the face of the Earth. He’s always looking out for his people, and that has put him at odds with nearly every authority of the surface world. He’s declared war on the surface more than once and is just as known for his battles with heroes as he is for helping them.

Like many rich and powerful people, Namor believes in his own authority first and foremost. In his mind, no one has the right to tell him what to do. Even when he’s working with others, like his stints with the Illuminati, Avengers, and X-Men, he’s the one who’s questioning those in charge, ready to go his own way.

Clint Barton has used many costumed identities, but one thing that’s bound them together is his disdain for authority. Hawkeye’s time as an Avenger saw him constantly talking back to Captain America and anyone else who was in charge. While he wasn’t exactly difficult to work with, he couldn’t help needling anyone in a leadership role.

Hawkeye has grown up a lot over the years, but his first inclination is always to question those in charge. He’s not as violent about it as some other Avengers, but when he disagrees with leaders, it isn’t quiet. He’s going to speak his mind no matter what.

1 The Punisher Always Does Things His Way

Many Marvel heroes have high kill counts, but few can match the Punisher. Frank Castle was once an officer for the status quo, working as a Marine and a policeman, but all of that changed when his family was killed. To him, those in authority weren’t doing nearly enough to fight crime, so he took it upon himself to begin a one-man war against crime and corruption.

Since then, the Punisher has brazenly defied authority whenever possible. No one was going to tell him what to do or stop him from doing things his way. He became judge, jury, and executioner. From superhero registration to being placed in charge of the Hand, nothing gets in the way of his mission.

NEXT: 19 Coolest Superheroes From Marvel Comics