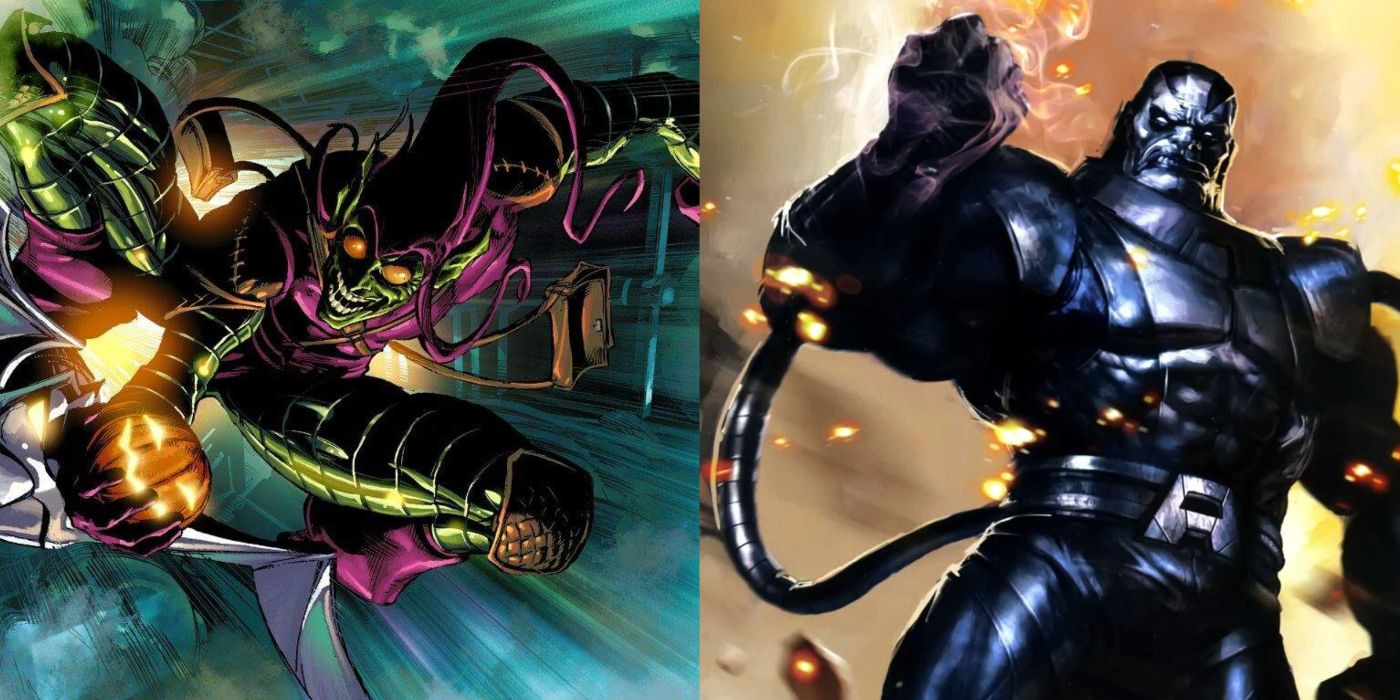 Marvel has created amazing villains over the years, who are often just as popular as their heroes. Their battles against their heroic foes have become iconic. However, these battles often show how unprepared even the smartest villains are for their battles. The villains are often stronger and have been setting up their plans for a long time before fighting heroes. They lose because something is missing.

RELATED: 10 Marvel Villains Who Deserve Their Own Comic In 2023

For many villains, the missing ingredient is a partner. Some villains need them way more than they’ll admit. Others understand their limitations and have no problem admitting that help is good. More villains with partners would make a huge difference in the battle against heroes.

10 Doctor Doom Did Better When He Had Help

Doctor Doom is an iconic Marvel villain. On his own, he’s a massive challenge for any hero or group of heroes. His magic, intelligence, and gadgets have seen him battles on every scale, but he mostly loses. However, many of his most successful wins have come when he had help. In Secret Wars​​​​​​, Doom needed help from Namor, Molecule Man, and more to become God Emperor.

Doom with a partner is the best Doom. He’s not the type of person to admit he needs help, but he definitely shouldn’t go it alone. He’s been known to miss details, and a smart partner catches things like that. Plus, having an extra body in combat would help Doom a lot.

9 Mister Sinister Doesn’t Like To Get His Hands Dirty

Mister Sinister is able to give himself basically any mutant powers he needs, but there’s a reason he’s always working with groups like the Marauders and the Hellions or single partners like Threnody. Sinister is a manipulator, a boss. He prefers to have the time to do his own experiments, to work on the things that matter to him, which is why he’s often deployed partners of all kinds.

Sinister can be devastating in battle when he needs to be, as proven by his slaughter of the Quiet Council. However, he only did his own dirty work there because he didn’t have anyone he could trust. Given a choice, Sinister will always choose to work with partners.

Batroc the Leaper has been battling Captain America for a long time, and he’s racked up a pretty impressive number of losses. The mercenary puts up an impressive fight every time, especially for someone without powers, but he’s lost almost every published fight. That’s why he definitely needs a partner.

RELATED: 5 Marvel Heroes With No Respect For Authority

Batroc is way better than all of his losses would lead one to believe. Even unarmed, he can fight Captain America to a standstill, which is no easy task. If he had some help in battle, he could actually win some fights. Batroc can bring it and if he worked with someone like Taskmaster or Black Ant, he’d be way more successful.

Marvel’s most ruthless villains are an evil lot, but few can match Red Skull. For decades, the Nazi has terrorized the world, often only stopped by Captain America. While Skull isn’t averse to getting his hands dirty, he’s commanded soldiers for a long time. He’s very good at working with others, as long as they’re in a junior position.

Red Skull has worked with his daughter Sin, Crossbones, and Mother Night. He has no problem getting help in his fights, whether from a few hand-picked villains or waves of Hydra cannon fodder. Red Skull can bring the fight to many heroes, but he’ll definitely bring a partner or two to the fray.

6 Baron Zemo Is Too Smart Not To Bring Partners In

Baron Zemo has some humiliating defeats on his resume, and many of them had one thing in common. Zemo faced his worst losses when he was on his own. Helmut Zemo is a well-trained and intelligent fighter. He’s proven capable of holding his own against the likes of Steve Rogers and Bucky Barnes. However, he’s not really able to seal the deal on his own.

Zemo’s most successful plans have always involved him recruiting help of some kind, like the Masters of Evil or the Thunderbolts. Zemo has proven time and again that he really needs partners in his battles. He’s best when he has partners to use in his intricate plans.

5 Doctor Octopus Is A Glass Cannon

Spider-Man has battled some dorky villains and Doctor Octopus is basically the dorkiest. His entire power set is based on his scientific creations, and he’s done some damage over the years, even killing Spider-Man on his own. However, looking back over his various rampages, Doc Ock has gotten worked by Spidey many times. He can be a tough fighter, but he’s basically a glass cannon. Hit him too hard and he breaks.

To his credit, Octavius knows that partners are good. He’s a founding member of the Sinister Six and has led the group more often than anyone else. Ock with a partner, especially someone who is physically stronger and tougher than him, is much more dangerous.

4 Sabretooth Does Better With Partners Than Most People Imagine

Sabretooth is a brutal killer, but he’s also very smart. He’s been around for a long time and he knows his strengths and weaknesses very well. Sabretooth has been a part of groups for decades. He joined Nick Fury’s ’50s era Avengers, Team X, the Marauders, X-Factor, the Avengers Unity Squad, and the X-Men. He can work well with others when he needs to.

Beyond teams, he’s also worked with people on a one-on-one basis. He and Mystique have a long partnership, stretching back into the Cold War. He used to have a telepathic partner named Birdie, who used her powers to help him in many ways. Sabretooth is tough, but he knows he can do a lot more damage with help.

3 The Leader Needs Muscle To Succeed

The Leader is the diametric opposite of the Hulk. The Hulk is the ultimate physical threat, fueled by gamma energy, the strongest one there is. The Leader is a mental threat, someone who battles with his mind and not his fists. He’s been able to challenge the Hulk many times, but he always loses because he’s basically useless in a fight.

Fighting the Hulk isn’t easy for anyone. The Leader is a mastermind and masterminds need someone to command. They supply the tech and the plans, the henchmen do the hitting. He’s worked with everyone from the Rhino to the Intelligencia but without a powerful partner, the Leader is toast.

Green Goblin is a Marvel legend and Spider-Man’s greatest villain. He’s done damage to Peter Parker’s life that no one else can match, but he’s also lost many battles against the Webslinger. However, many of his best plans have involved Osborn working with others, using their strengths and weaknesses against his foes.

Green Goblin is a savage combatant and extremely intelligent, but he makes mistakes. A partner can help mitigate the rabid aggression he sometimes represents. While Goblin isn’t likely to listen, a partner can at least make up for Green Goblin’s foibles. Having someone to watch his back would make a world of difference for Green Goblin.

1 Apocalypse Has Rarely, If Ever, Attacked On His Own

Many Marvel villains have high kill counts, but not all of them have had millennia to do their killing. Apocalypse is thousands of years old, gifted with amazing mutant powers, intelligence, and experience. He also found Celestial technology and used it to enhance his powers and create his near-impregnable armor.

Apocalypse is extremely formidable, yet he’s rarely seen on his own. Apocalypse’s years of experience has shown him that even brilliant warriors can lose when they’re on their own. He’s too smart to go after his foes without his Horsemen or other servants because he knows there’s strength in numbers. If there’s one thing Apocalypse values, it’s strength.