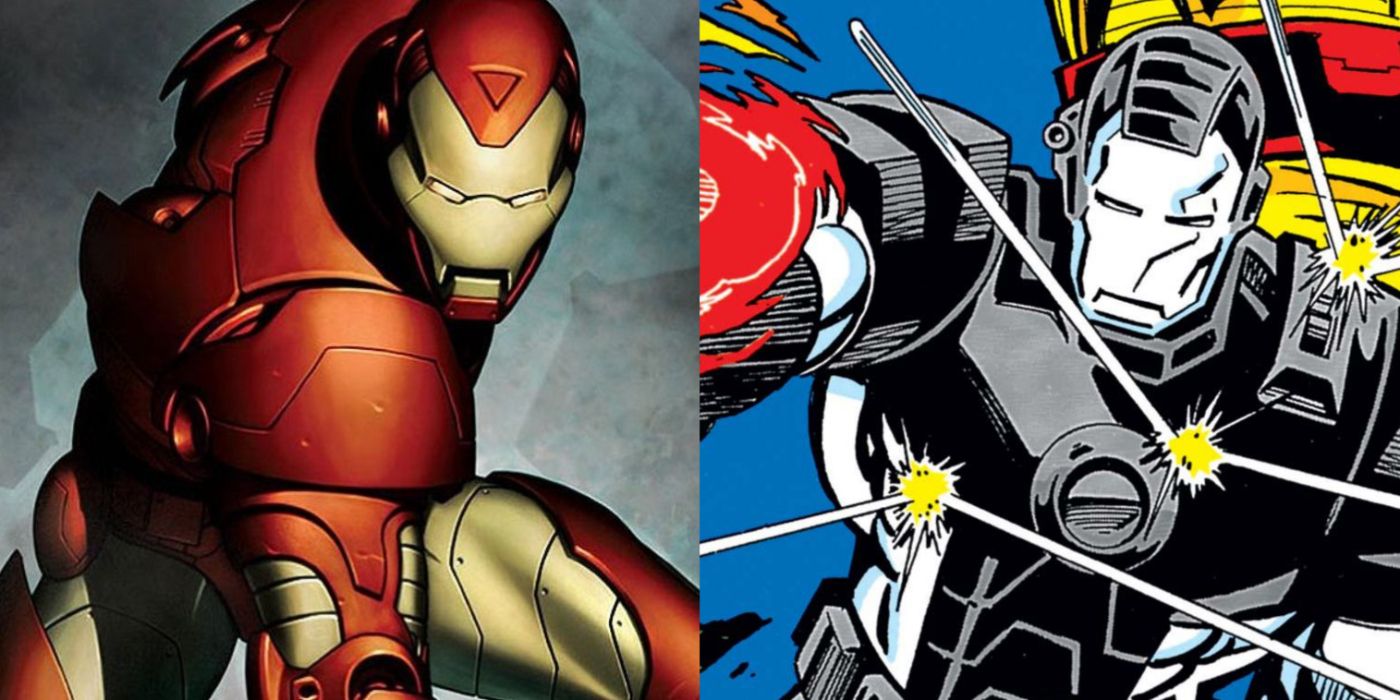 The world of Marvel Comics is filled with unforgettable heroes. An aspect of their popularity is their memorable costumes, with unique designs and notable features making them stand out. Howevrer, with so many heroes scattered throughout the Marvel universe, there are bound to be a few with similar looks.

Some Marvel heroes base their costumes on certain themes and color choices. Others take their inspiration from other heroes, trying to emulate their personal favorites. Marvel’s copycats can be confusing to newcomers and dedicated fans and few were intended to confuse readers the way they do.

10 Cloak And Shroud Have A Hooded Aesthetic

To achieve this, both heroes wear hoods that conceal their eyes, making them look shadowy and fearsome. Unlike Shroud, Cloak uses his costume’s cloak to contain his unstable powers. While their skin color and hood designs are both unique, fans could be easily confused when these characters are standing in the darkness, wrapped in their shapeless costumes.

9 Mister Fantastic Has A Goofy Counterpart In Flatman

Stretchy superheroes need to wear costumes that adjust their constantly changing proportions. Reed Richards is the leader of The Fantastic Four, Marvel’s first superhero family, responsible for the team’s advanced technology and their costumes’ “unstable molecules” that adjust to everything from fire to invisibility.

Ghost Rider is one of Marvel’s most popular supernatural heroes. Many Riders have taken up the mantle of Spirit of Vengeance bearing new and varying looks. However, they all share one very notable feature, a skinless skull engulfed in hellfire.

While Ghost Rider’s fiery visage has made the haunting hero stand out, a few characters have tried this look out. Blazing Skull, a Golden Age Marvel character, took up Rider’s facial design when he was introduced in New Invaders. His character design kept the character’s pupils intact and their costumes aren’t too similar, but it would be easy to confuse the Skull with another Ghost Rider incarnation.

The Scarlet Witch has seen massive costume changes, some good and others bad. However, fans associate the character with her iconic two-pronged headband, flowing cape, and enchanting outfit that has seen variations, yet left the popular details in the design.

Alpha Flight’s Snowbird has a magical origin and also wears a headband, cloak, and outfit a lot like Wanda’s original look. Her costume swapped out the Witch’s color palette for blue-and-white and added a few minor features. Snowbird has managed to separate herself enough from the more popular sorceress but once readers see the similarities they’re glaring.

Another member of The Fantastic Four, Johnny Storm lives as the powerful Human Torch. The accident his family suffered allows him to generate and manipulate fire. When he’s fighting crime, he typically looks like a man made entirely out of fire.

Before Johnny took the name, another hero bore the mantle of the Human Torch. The first true Marvel hero, Jim Hammond is an android created during World War Two who can absorb plasma and use it to generate fire. Both Torches are unrecognizable when their bodies are surrounded in flames, obscuring their features.

5 It Takes More Than A Mask To Be A Wolverine

Wolverine is one of Marvel’s most feared superheroes, a skilled combatant armed with metal claws and a healing factor. While Logan has worn various outfits over the years, most of them share his classic V-shaped mask and variations on the color yellow. Since he’s incredibly recognizable, another hero tried to steal a little bit of his popularity.

Demolition Man, or D-Man for short, is a superhuman boxer who used to partner with Captain America. Making a makeshift disguise, he took elements from both Daredevil and Wolverine’s costumes, including the latter’s iconic mask. Daredevil’s early suit already looked a lot like Wolverine’s classic and it was hard to differentiate between the two until D-Man retired this costume.

While the Merc with the Mouth has been called a rip-off of characters like Deathstroke, a certain Webslinger has also been confused with him. Spider-Man’s classic look has often been mistaken for Deadpool’s, with both wisecracking troublemakers suffering in the process.

From Parker’s classic mask with blank eyes, to the similar red color scheme and appearance, it’s not hard to confuse the two at a glance. However, Spider-Man’s webbed pattern and Deadpool’s various weapons help keep their appearances separate enough for most fans.

3 The God Of Thunder’s Tailor Must Get Around

While Thor may be Mjolnir’s primary wielder, others have come to possess the enchanted hammer. With each chosen hero came a new suit of armor, each reminiscent of Thor’s iconic costume, some looking a bit too much like the original God of Thunder.

Beta Ray Bill turned in his alien uniform for an outfit identical to Thor’s, both when he stole Mjolnir and when he wielded Stormbreaker in battle. Jane Foster’s costume was a gender-bent take on Thor’s more recent look. Thunderstrike wore Thor’s armor without his cape and helmet, making him look a lot like Thor’s counterpart in the Ultimates universe.

Though it’s always evolving, Tony Stark’s Iron man armor is likely Marvel’s most iconic powered costume. It’s always advancing to the next level, with his red and gold pallette making the hero shine and stand out from everyone else.

RELATED: 10 DC Villains Who Look Too Much Alike

Well, it should make Iron Man stand out. However, heroes like War Machine and Rescue wear variations of Iron Man’s armor, specifically designed for certain functions and missions. Others like Iron Patriot and Ironheart based their suits on Stark’s initial designs, from his classic helmet shape down to his jet propulsion boots, making a few tweaks along the way.

1 Many Heroes Have Tried To Copy Captain America

Captain America is Marvel’s most wholesome hero, representing freedom and liberty across the globe. Being tied to the United States, his costume emulates the American red, white, and blue aesthetic. This, plus his mask, military-styled uniform, and iconic shield has made his design unique.

Over the years, various Marvel organizations have tried to emulate Captain America’s success, resulting in their own super soldiers. Some, like the USAgent and the Red Guardian, have taken large portions of their designs from Rogers, both his classic uniform and his round shield. However, it’s a hard look to pull off and no one does it as well as the original.

NEXT: 10 DC Heroes Who Look Too Much Alike