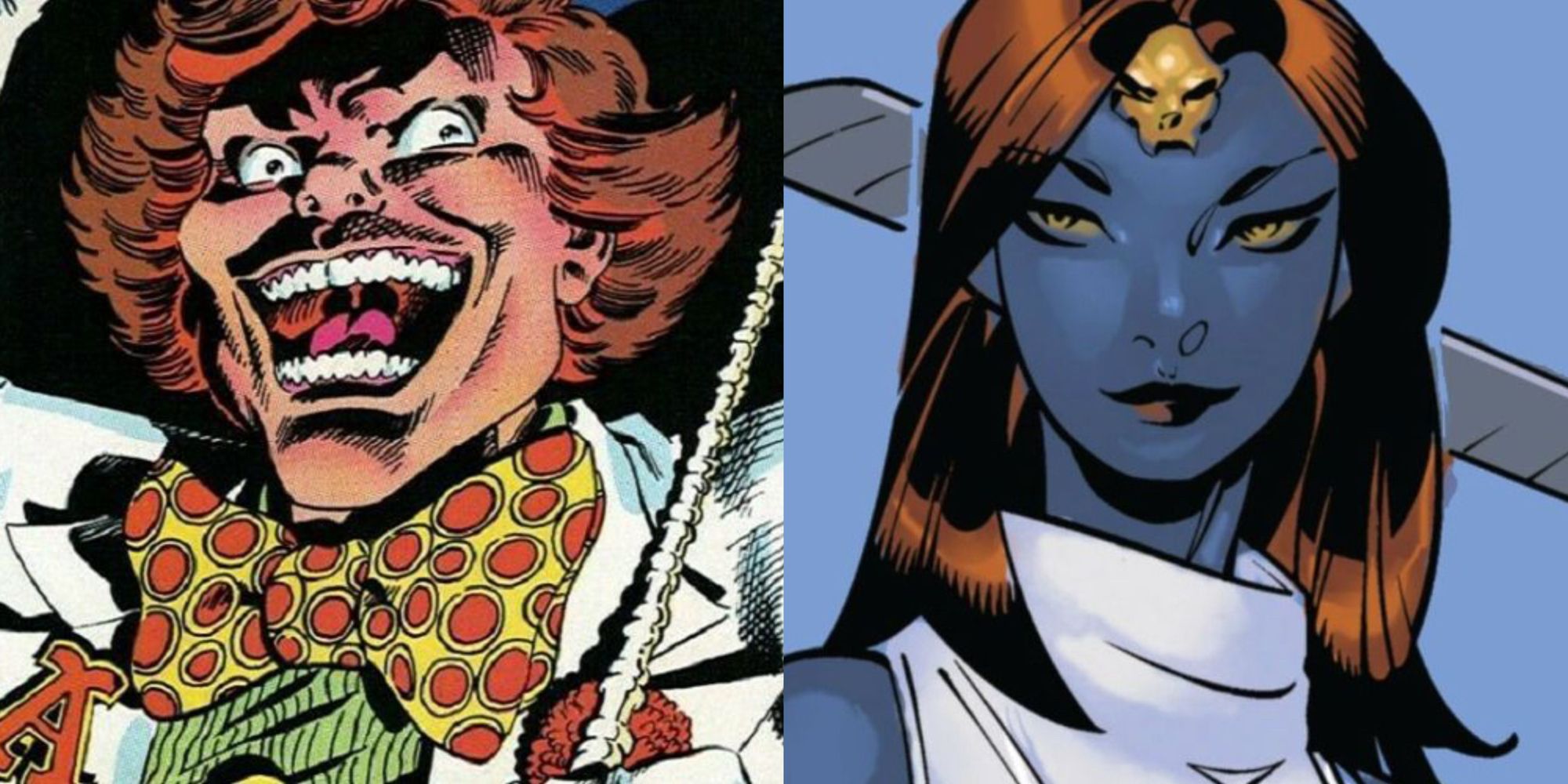 Fans mostly root for the heroes whenever they read Marvel comics. However, many villains have made their way to the fans to the point where they have become fan favorites. Given this, sometimes readers are eager to know more about their stories, even if the villains never redeem themselves.

Marvel features many interesting villains that deserve the spotlight, sometimes even more than certain heroes. These characters have enthralling backstories and charismatic personalities, of which fans can’t get enough. Readers hope to see them starring in their own series this year.

Also known as Bloody Mary and Mutant Zero, Typhoid Mary is one of Marvel’s strongest female villains. Living with DID, her “Mary” personality is a quiet, powerless woman. However, “Typhoid” is a mutant with psionic abilities that allow her to move things via telekinesis, control fire, and influence others through mind control.

Typhoid Mary’s backstory and her battle with mental illness make for an interesting and compelling plot already. Additionally, writers could focus on the fact that her name is based on Mary Mallon, a Salmonella carrier who got dozens of people sick. This could inspire a lot of stories.

9 Mystique Has Gone Through A Lot

Raven Darkhölme, also known as Mystique, is a shapeshifting mutant with a very ambiguous moral compass. Since her debut in 1978, she has been a villain, an antihero, and even a hero. She’s the mother of Nightcrawler and Rogue, and one of the first LGBTQ+ characters in comics together with Irene “Destiny” Adler. From being Magneto’s minion to becoming an X-Men, Mystique has had quite a life.

She has appeared in dozens of X-Men comics and crossovers as one of the most prominent X-Men characters. However, when it comes to solo series, she has only one volume (created by Brian K. Vaughan and Jorge Lucas). 2023 is the perfect year for more Mystique. Fans would love to learn more about her mysterious past and her relationship with Destiny is material for healthy LGBTQ+ representation in Marvel.

Something like Marvel’s own Jigsaw, Arcade is a hitman who always murders using complicated traps invented by himself. At his own amusement park, Murderworld, he plays god with other characters, sometimes even forcing them to go against each other in Battle Royale style.

For such a sadistic villain, Arcade has been widely underestimated in comics. Besides Avengers Arena (where he actually took many lives), Marvel has failed to show this villain’s dark side truly. Fans would love to see some Marvel gore comics with Arcade as the bad guy in 2023.

One of Marvel’s most important figures, Magneto went from being the ultimate X-Men villain to being an antihero and even an X-Men ally and superhero sometimes. A former prisoner at an Auschwitz death camp, Magneto’s backstory is quite tragic. He’s a complex character, which Marvel writers know. Besides, he’s one of Marvel’s most powerful mutants.

From his childhood at Auschwitz, his time as Wanda and Magneto’s parent, or his former relationship with Xavier, many chapters in Magneto’s life could be further explored. It’s been a while since he starred in his own series, so 2023 is the perfect year to bring him back.

6 She-Hulk Recently Made Abomination Quite Popular

The 2022 series She-Hulk: Attorney at Law introduced and reintroduced many Marvel characters to the MCU. One of these icons is Emil Blonsky, aka Abomination, a gamma-being who antagonized Hulk in The Incredible Hulk. Abomination, who has had quite a run in the MCU, is definitely one of Hulk’s most important villains.

Regardless, he rarely gets to shine on his own. Abomination is always part of a team (like the Thunderbolts) or just the series’ villain. Marvel should take advantage of his recent MCU-based popularity to give him a solo run. His backstory is full of potential, as is his recent change of moral alignment.

As the creator of symbiotes, Knull is a central character in the story of these dangerous creatures. However, up until 2018, he didn’t appear in comics. His most crucial appearance so far has been King in Black, a sequel to Absolute Carnage that pitted Earth’s heroes against him and his symbiote army.

Since King in Black, Marvel fans are eager to know more about Knull. For example, his time as the creator of All-Black the Necrosword, one of the most powerful weapons in the Marvel universe. His evil nature would make for a great horror Marvel comic.

4 Nebula Deserves Her Own Story

The adoptive daughter of Thanos and the sister of Gamora, Nebula was always in between her loyalty to her father and her resentment towards him, due to the torture he inflicted on her as a kid. Both in the comics and in the MCU, the character’s moral compass is definitely morally ambiguous.

Given this, Nebula is quite a complicated character. Her moral ambiguity makes her take interesting decisions, which would make for a great plot. In 2020, she actually had her own series, by Vita Ayala and Jen Bartel, but it was canceled too soon. Nebula deserves a second chance.

3 Agatha Harkness Will Get Her Own MCU Show Soon

Always walking the fine line between villain and hero, Agatha Harkness is a powerful witch who survived the Salem trials and became the governess of Franklin. In the comics, she has been portrayed as an ally for Wanda Maximoff as well as a villain for Spider-Man.

After her appearance as the main villain in WandaVision, Agatha became more popular in the fandom. Now that she will star in her own MCU show, Agatha: Coven of Chaos, Marvel should take advantage of the situation and offer the fans a prequel to her story.

2 Loki Is The Ultimate Fan-Favorite

Loki is definitely one of those villains who became more famous than the heroes. Especially thanks to the MCU, the God of Mischief, Marvel has modified Loki a lot. He went from being an old villain to a teenage antihero to a handsome young hero with quite a cynical humor.

Since 2020, Loki hasn’t starred in his own comic. Now that fans are excited about the second season of Loki, it’s the perfect time for Marvel to treat them to a new solo series for this charismatic character. It doesn’t have to be inspired by his MCU adventures, but a prequel would sell itself.

1 Kingpin Is One Of Marvel’s Most Complex Characters

Wilson Fisk, also known as Kingpin, is an important crimelord from the Marvel Universe. He isn’t superpowered, but he’s pure muscle, like a sumo fighter. He has been a villain for punisher, Spider-Man, and Daredevil. Kingpin is one of Marvel’s most violent villains, which is fully explained by his childhood.

When he was a kid, Wilson was bullied by his classmates for being obese. His father, abusive by nature, never protected him. Instead, he was violent towards Fisk’s mother when he was only a child. While he was a teenager, Fisk found his calling as a mob bodyguard, which explains his love for power. This would make for a great origin story comic this year.