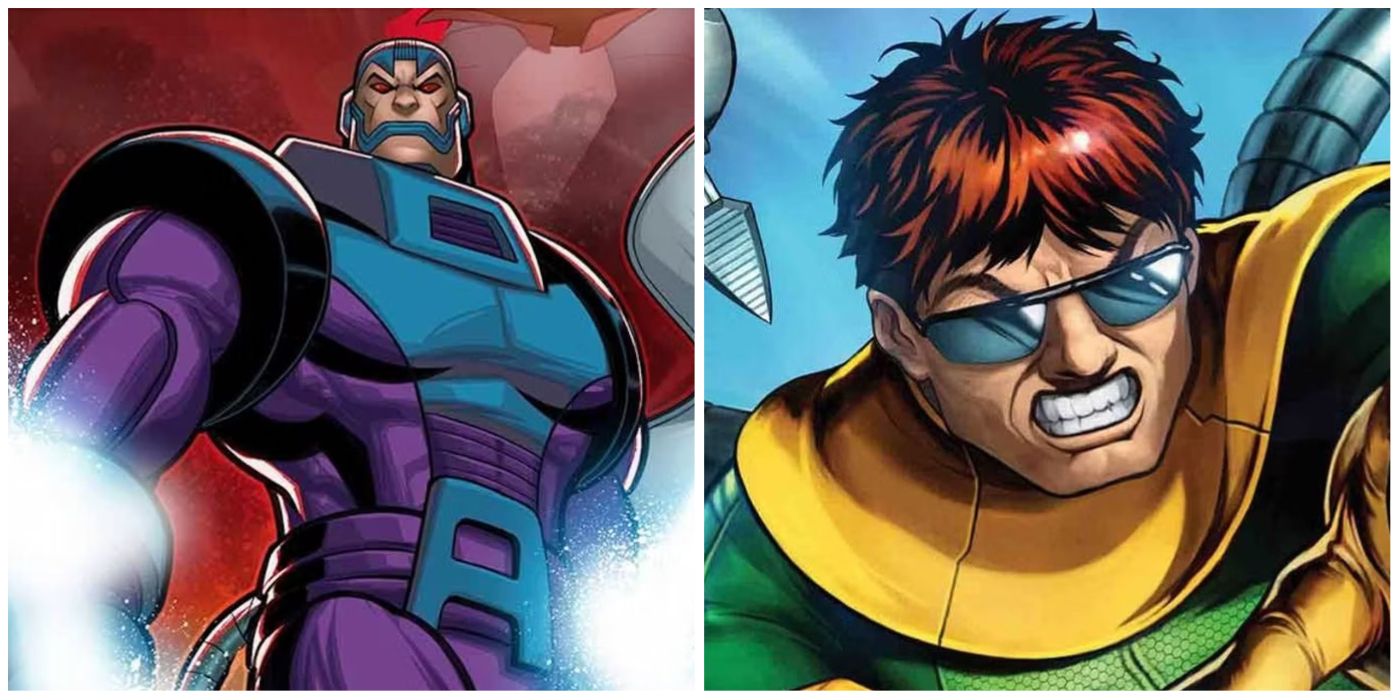 The most important aspect of any superhero comic is a hero’s relation to their villains. Some Marvel villains are obsessed with a hero and will do anything to ruin their lives. Others look at heroes as more of an annoyance on the way to dealing with their actual goals.

The most interesting type of Marvel villain is the one who has respect for their enemies — a respect that’s been earned through years of having their plans foiled or even slightly sidelined. These villains eventually come to show reverence for the only thing in their lives that presents them with a challenge.

10 Kingpin Has Shown Respect To Both Spider-Man And Daredevil

Kingpin has made a lot of enemies in the Marvel Universe over the years, which is part of why fans think he’s one of Marvel’s coolest villains. He has begrudging respect for two of his most frequent enemies. In the case of Spider-Man, Kingpin recognizes the Wall-Crawler as the only man in New York City with the power to put a stop to him.

Over the years, however, Kingpin’s also increased in his respect for Daredevil. Kingpin respects Matt Murdock so much, he’s personally foiled other villains’ plans against the hero. Kingpin wants to prove he can best Daredevil and be rid of him.

9 Apocalypse Acknowledges The X-Men Are Strong

While Apocalypse might appear to look down on the X-Men, it’s actually a front. His belief is that the strong deserve to survive, and over the years he’s acknowledged that the X-Men are the strong. They’ve been able to battle him evenly several times in the past, proving their worthiness to him.

RELATED: 10 X-Men Twists That Surprised Everyone (Except The Readers)

More importantly, Apocalypse’s also recruited several of their members before. Apocalypse has recruited Angel, Gambit, Wolverine, and more to his cause because he believed they were deserving of being in his army. Apocalypse respects the X-Men, even if he’s never admitted it to himself.

Red Skull and Captain America have been fighting for so many years, so it’s not surprising the Red Skull has some respect for him. In some instances, Red Skull’s even been annoyed by the idea of other villains taking Captain America out.

Red Skull’s respect for Captain America is two-fold. On one hand, Skull sees Cap as the Aryan ideal, validating his belief that they are the superior race. On the other hand, few enemies have ever stood up to Skull with the same level of success for nearly as long. Skull’s respect for Steve Rogers is so great he’s even tried to take his body before.

7 Green Goblin Views Spider-Man As His Only Worthy Challenge

Norman Osborn is a “good guy” right now, but that will only last for so long. He’s too popular as a Marvel villain to remain on the side of the angels. For decades, Norman’s been nothing more than an eternal thorn in Spider-Man’s side. A large part of why the original Green Goblin spends so much time plaguing Peter is because he sees Parker as a worthy challenger.

Green Goblin sees someone he would do anything to crush, but he also notices their similarities. Moreover, Norman has always viewed Peter as the son he wished he had. Someone with his intelligence, his strength, and his will to do what’s necessary in life. When Norman isn’t struggling with the Goblin inside him, he acknowledges Peter’s potential.

One of Iron Man’s oldest villains, Mandarin is probably one of the few remaining foes from Iron Man’s past who’s still a threat. The power he wields both with the Ten Rings, and the army of servants Mandarin has already made him dangerous enough.

Add in Mandarin’s intelligence, and every encounter with the villain became a test of Iron Man’s best armor and his skills. Even though Mandarin looked down on most, once he realized Iron Man was Tony Stark, his opinion of both changed. He believed Stark was a new kind of feudal lord in the era of capitalism, and respected the amount of power Tony commanded both as Stark and Iron Man.

Victor Von Doom is a tricky villain, and only publicly acknowledges respect for his own skills. In practice, however, Doom recognizes that he has a match in Reed Richards, which is why he directs so much of his ire at Mister Fantastic.

Doctor Doom also shows a bit of respect for Tony Stark, a man he worked with several times during their trips to the past. Doom even pretended to be Iron Man for a time while Stark was missing, showing how it was possible for him to be a force for good.

4 Magneto Was One Of Charles Xavier’s Oldest Friends

Even when Magneto was a villain, he had nothing but the highest respect for the X-Men and for Professor Xavier. He has a natural respect for most members of Homo sapiens superior, with his main goal being to look out for all of them. Even before he became a supervillain, Magneto was one of Charles Xavier’s oldest friends.

Magneto and Xavier only grew apart because of how they thought mutants should interact with humans. Despite their difference of opinions, Xavier once trusted Magneto enough to lead the X-Men. While he’d never have dreamed of doing so, Magneto obliged purely because Xavier requested him to.

One thing that ties both Otto and Peter together is their shared love of science. However, Otto’s love of science pushed him to create the harness that would later transform him into Doctor Octopus. Still, the two have a mutual respect for one another because of their shared genius.

Otto has also learned to respect Spider-Man for his talent in battle, even if he has to do so reluctantly. His time in Spider-Man’s body also nearly changed his ambitions for good, as he learned the burden Spider-Man constantly put himself under.

2 Loki Causes Chaos For His Brother To Solve

These days, Loki is less of a villain, but in his past he was Thor’s main antagonist. Although Loki pretends Thor is a simple sort, there’s a reason he aims all of his biggest schemes at his brother. Having grown up with him, Loki’s well-aware that Thor is skilled enough to deal with many of his machinations.

After years of playful jokes as children, Loki graduated to outright attacks on Thor and Asgard, but none of them have ever been successful. Seemingly, Loki just wants someone who he can have fun causing problems for, and Thor is the one man who won’t break.

Thanos has gone to Earth multiple times in the past with the intention of boasting his power there. No matter how many times he appears, though, Thanos finds himself thwarted by the Avengers. Whether it’s alone or with the power of the Black Order, Thanos hasn’t truly triumphed — even when wielding the Infinity Gauntlet.