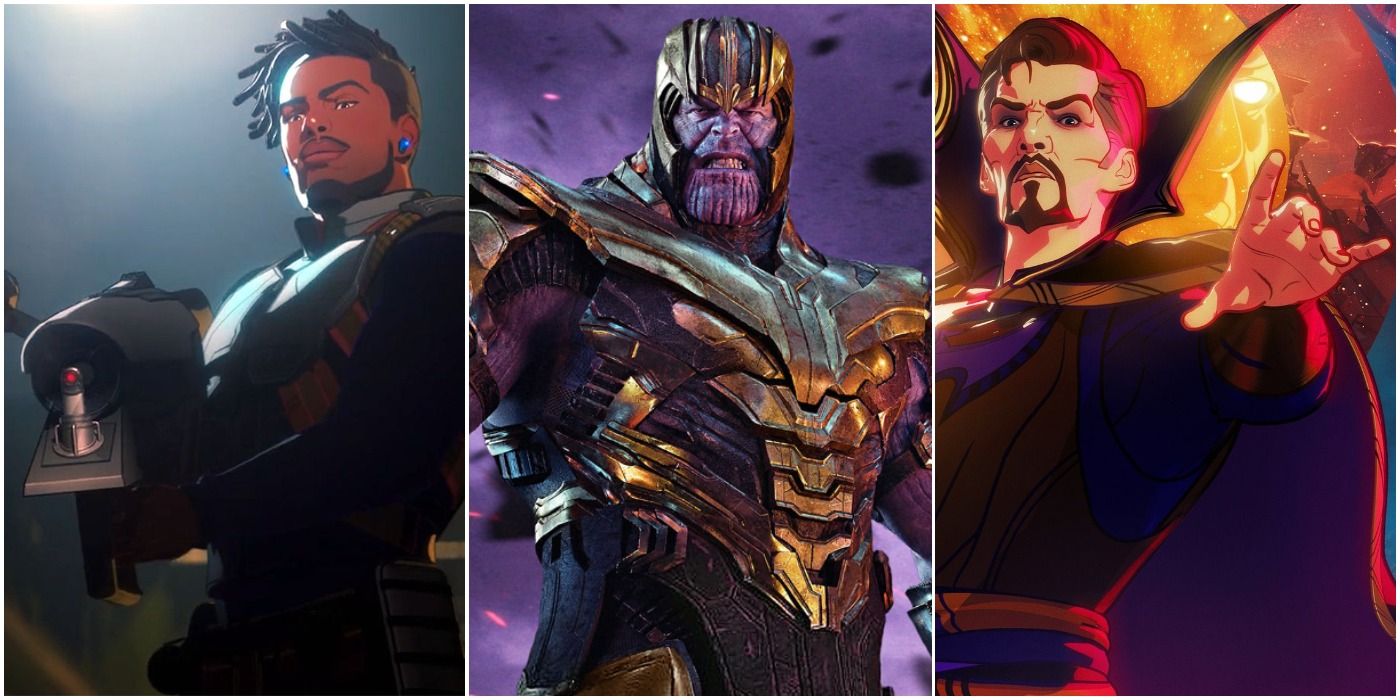 The Marvel Cinematic Universe doesn’t make strictly formulaic films. Nonetheless, viewers often know what they’re letting themselves in for when they buy their tickets. An outmatched hero will go up against a powerful villain. Through ingenuity, sacrifice, or the help of their allies, they’ll manage to prevail.

RELATED: 10 Fights Fans Want To See In The MCU

For the most part, this sort of story satisfies fans. However, there are a few matchups where the victor feels odd. The power difference can be too great for one character to win without threatening suspension of disbelief. Alternatively, the specific way one character wins can feel unrealistic, disappointing, or poorly explained.

Updated 20th of January, by Isaac Williams: The MCU lives and dies by its fights, and fans adore most of them. However, there are those that just don’t quite make sense. This list has been updated to shine even more light on some MCU fights that really seem like the wrong person won.

10 Kaecilius Kills The Ancient One

Kaecilius is the primary antagonist of 2016’s Doctor Strange. He’s a former Master of the Mystic Arts who becomes disillusioned by his leader, the Ancient One. Consequently, he forms the Zealots. The group plot to bring Dormammu to Earth. This puts them in conflict with most of Kamar-Taj, including the Ancient One.

Kaecilius is ultimately stopped by Doctor Strange. However, the future Sorcerer Supreme isn’t able to save his mentor, the Ancient One, from her fight with Kaecilius. This comes moments after the Ancient One shows her full power by destroying Kaecilius’ zealots in a fight. Only the Ancient One’s acceptance of her death and Kaecilius’ brutal tactics make it feel at all plausible.

Thanos and his children have conquered many civilizations and felled countless worlds. His most loyal and powerful servants are the Children of Thanos, also known as the Black Order. They’re unique aliens who form Thanos’ closest circle. They’re also the primary threat for half of the cast in Avengers: Infinity War. Fans expect them to be one of the top threats in the galaxy.

However, this doesn’t prove to be the case. The Children of Thanos spend their time being taken out in fights they should win. The most egregious case is when the Secret Avengers save Wanda Maximoff and Vision in Scotland. Two powerful Black Order members lose to Captain America and several mundane skilled warriors.

8 The Grandmaster Gives Hulk The Win

The centerpiece fight of Thor: Ragnarok takes place between two of the Avengers’ heaviest hitters. Hulk and Thor face off in the Sakaar arena. The fight goes back and forth, with each combatant able to throw the other about. However, the Grandmaster intervenes so that the Hulk can beat Thor.

It’s a reasonable outcome, except for how the Grandmaster does so. He uses a slave device to knock Thor out with an electric shock. The problem is that Thor has, for the first time, unlocked his full power as God of Thunder. Any other method of restraint could work, but electricity makes no sense.

Shang-Chi and the Legend of the Ten Rings

Shang-Chi and the Legend of the Ten Rings is considered the gold standard for action in the MCU. It features several well-shot and well-choreographed action set-pieces throughout its runtime. The titular Ten Rings prove the perfect artifact for combining martial arts and superpowers. However, the final act’s action falls through for some.

The fight between Shang-Chi and Wenwu is considered top-quality. However, more fans question the climactic fight between Shang-Chi, his allies, and the Dweller-in-Darkness. It’s a powerful being from another world. Shang-Chi has only had the Ten Rings for a handful of minutes. The odds seem stacked too sharply for Shang-Chi’s victory to feel believable, despite his incredible skill.

Doctor Strange in the Multiverse of Madness

Doctor Strange in the Multiverse of Madness makes it clear just how powerful Wanda Maximoff is. She proves unstoppable over the course of the film. When she’s defeating Doctor Strange or fighting her way through Kamar-Taj, most fans don’t question this. However, there’s one showdown that feels off.

Wanda goes up against another universal heavyweight in the form of Maria Rambeau’s Captain Marvel. The fight is by far the most even Wanda faces in the whole film. However, Wanda wins it by crushing Maria to death with a statue. Captain Marvel has been shown to be near-invulnerable in the past. It seems like a weak way to end a fight that Wanda has no guarantee of winning.

5 Infinity Ultron Breaks Into The Multiverse

Infinity Ultron from What If…? is one of the most powerful beings in the MCU thus far. The combination of a perfected Ultron form and all six Infinity Stones is lethal to an entire universe. Nonetheless, some fans think What If…? goes too far in its first showing of Infinity Ultron’s full power.

Uatu the Watcher is said to be a powerful cosmic being. What If…?‘s framing device is him using his multiversal power to look into other realities. Infinity Ultron busts into his Nexus of All Realities and challenges him to a fight. Even with the Infinity Stones, it seems a little much for Ultron to beat a multiversal Watcher with relative ease.

Hawkeye‘s storyline ramps up when Kingpin is revealed to be behind everything. However, Kingpin makes a poor showing of himself in the final episode. After proving himself to be a cunning mastermind and powerful fighter in Daredevil, he gets brought down in the space of a single episode.

Most egregious is that Kate Bishop manages to win a fight against him. Kingpin dominates most of the fight, throwing Kate around and ignoring most of her blows. However, Kate uses a throwing trick to detonate every trick arrow at once. It’s an entertaining fight, but many think that Kingpin deserves better in Hawkeye than to lose to a first-time superhero.

Guardians of the Galaxy Vol. 2

The Guardians of the Galaxy pull off some dangerous missions during their intergalactic adventures. Besides the Mad Titan, few foes stand a chance against the wit and sarcasm of this ragtag team of misfits. Unfortunately for the team, Peter Quill’s father, Ego the Living Planet, is one of their most dangerous antagonists.

RELATED: 10 Most Violent Fights In The MCU

Ego is a Celestial, a cosmic god, and the Guardians shouldn’t be a match for Ego. Fortunately, Star-Lord’s blood relation to the rogue god allows him to stall the Celestial while Groot places a bomb in his brain. Given Ego’s full control of the planet they’re walking on, though, it makes no sense that he’d even allow the Guardians to get anywhere near his primary weak point. Ego spends too much time punching Peter Quill, and not enough showing the power of an entire living planet.

WandaVision‘s finale involves several different fights. Vision has to brawl and debate with his reanimated self to protect Wanda. Monica Rambeau, Tommy, and Billy have to hold off SWORD. However, the main battle is between Wanda and Agatha Harkness, who tries to take Wanda’s magic to increase her own.

Agatha’s plan involves magical runes to drain Wanda’s powers, before the two fight in earnest. However, Wanda doesn’t try to overpower Agatha. Instead, she recreates the runes on the Hex itself. Fans accept that Wanda is much more powerful than Harkness. However, recreating precise magical runes under the pressure of a fight seems less likely. Agatha has a lot more experience, which should’ve helped her against Wanda’s raw power.

Avengers: Infinity War follows Thanos on his quest to acquire the Infinity Stones. After a film’s worth of fighting, he closes in on the last one in Vision’s skull. The Avengers and their allies stand between them. With five Infinity Stones, however, Thanos is more than a match. He defeats almost everyone in front of him.

However, the closest confrontation is between him and Scarlet Witch. Wanda can hold Thanos back with her magic while she kills Vision. However, Wanda almost kills Thanos in a straight fight in Avengers: Endgame. This is despite the fact that barely any time has passed from her perspective. Had Wanda brought her A-game in Infinity War, Thanos could have been stopped then and there.

NEXT: 20 Smartest Decisions In The MCU