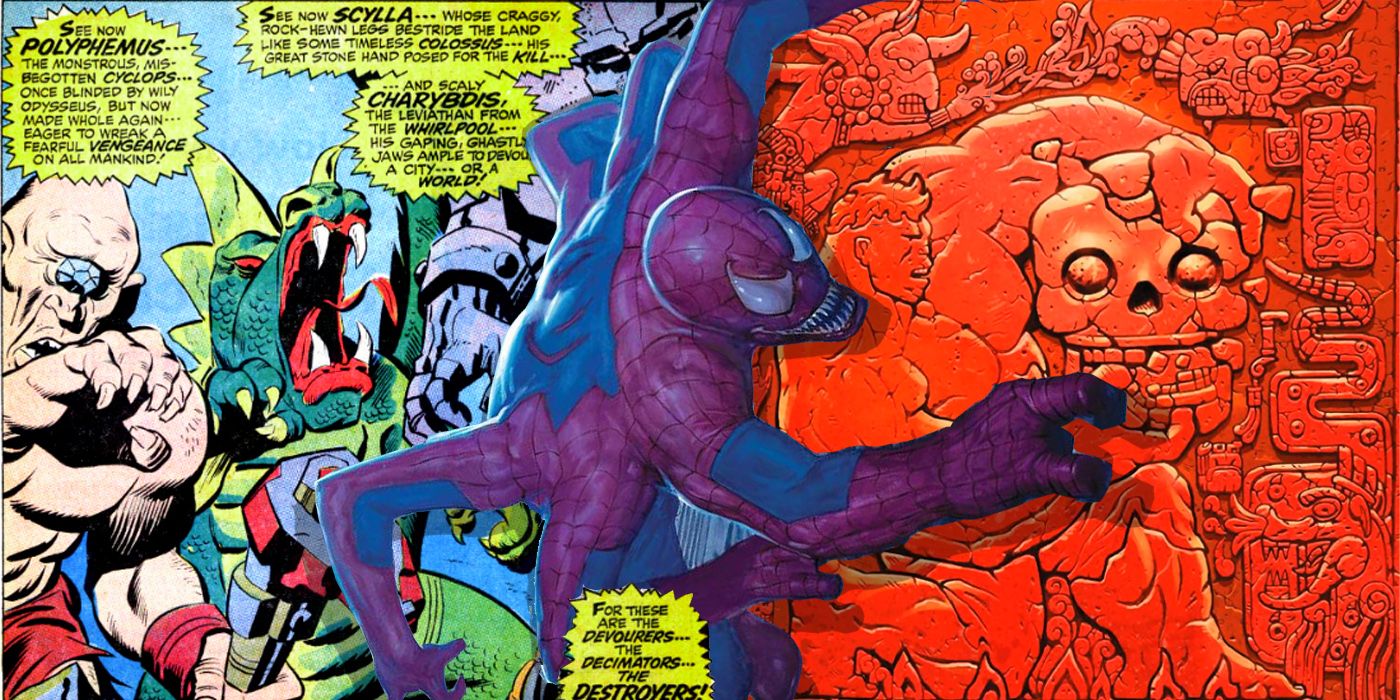 Pop culture sometimes connects with older cultures through mythology, bringing readers beloved Marvel heroes like Hercules and Thor. These demigods belong to pantheons that have been carefully constructed for decades in an attempt to integrate their stories into a superheroic multiverse. Many of those original myths involve champions facing and communing with powerful creatures.

Every culture has its own mythology, and no culture is complete without folklore and ghost stories about inhuman creatures. When these strange monsters, gods, and demons rear their unique heads in Marvel Comics, they tend to leave an impression. Some are goofy, some are spooky, and some try to rewrite mythology for the modern age. These new takes on odd creatures make Marvel Comics a fascinating home for strange legendary entities.

The Chupacabra was first sighted in Puerto Rico in 1995 and was described as a bipedal creature with sharp teeth and spikes. Despite suspicious similarities to the monster in the film Species, released just prior to that sighting, the creature was an instant folk-tale. Its popularity spread and it took on a more dog-like appearance.

Marvel ignores the newer renditions of the Chupacabra, instead focusing on what feels like a traditional monster in Deadpool #1000. The anthology, written and illustrated by several different creative teams, also pits Deadpool against the beast’s zombie goat victims and a Mooseitaur.

Mayan mythology is as rich with stories of heroes, villains, gods, and monsters. Some versions of the story of Hunahpú and Xbalanqúe, for instance, are about two twins who trick and kill old gods after a ball game. Along the way, the story replaces heads with turtles and pumpkins, revives a corn god, and the moon and sun are placed under new management.

Marvel’s Mayapan’s relationship with Mayan myth is confusing and bizarre. The Mayapan first appeared in Hulk #53, written by Jeff Parker with art by Dale Eaglesham, descended from terragin-infused humans a thousand years ago. The true Ahau, however, were referenced in Marvel Comics as far back as the early ‘80s. It’s hard to figure out what their continuity should be.

8 Leviathan Exists In All Its Forms

The Leviathan is a sea-dwelling beast from Judeo-Christian mythology with roots in Mesopotamian myth, derived from the sea goddess Tiamat. Its depictions vary, and its name has become synonymous with “sea monster.” Many Leviathans stalk the pages of Marvel Comics. Several simple smugglers, massive vessels, and monsters bear the name.

7 Marvel’s Hercules Had Many Labors

The twelve labors of Herakles were mostly beast-themed feats the Ancient Greek hero performed in service of King Eurystheus to atone for the murder of his family. While Marvel uses the romanized name, Hercules has rehashed the demigod’s labors a few times in the comics.

Frank Tieri’s New Labors of Hercules #1-5, with pencils by Max Texeira and inks by Jimmy Palmiotti, briefly shows the Nemean Lion, Erymanthian Boar, and other supernatural beasts, setting the stage for other bizarre Greek creatures. Herc and Namor also beat the cyclops Polyphemus, and the legendary Scylla, and Charybdis, who all appear in Sub-Mariner #29, written by Roy Thomas with pencils by Sal Buscema and inks by Joe Gaudioso.

6 Marvel Has More Gods And Demons Than Most People Realize

Angels and Demons, or creatures like them, exist in mythologies from around the world. While some, like Mephisto, are popular most stick out like sore thumbs at Marvel. Yahweh, the Judeo-Christian god, has appeared in Marvel Comics. Other creator-deities existing in a universe shared with the One-Above-All means a mess of mythical complexity.

The Annunaki, Amatsu-Kami, Daevas, Heliopolitans, and Manidoog, to name a few, are groups of beings from folklore a lot like the Asgardians. Their appearances are fewer and further between but are usually backed by the absurdity and bizarreness of divine intervention.

As for demons, readers can turn to Man-Thing’s time in Fear or any story featuring Damian Hellstrom to find hordes of Marvel’s unholy, including the hilariously named Thog the Nether-Spawn.

5 Doppelgängers Are An Innate Fear

Doppelgänger literally translates from German as “double walker,” and is a term applied to an old and widely shared human fear. Referencing the appearance of a living person in a place they cannot be, spirits, tricksters, and creatures from various cultures fall under this umbrella. The modern commonly accepted folklore is similar to “imposter,” but with especially spooky connotations.

Disguises and clones are relatively commonplace in Marvel Comics, especially with all the secret invading across the galaxy. Spider-Man’s Doppelgänger, however, is unique. It was created by entities that exceed human understanding, truly capturing the bizarre and unfamiliar spirit of the Doppelgänger myth in all its uncanny horror.

The Wendigo comes from Native American and First Nations mythology, warning about the moral consequences of cannibalism. Multiple Wendigos exist in Marvel Comics, getting more bizarre as they diverge from the original myth. The first came in The Incredible Hulk #162, written by Steve Englehart with pencils by Herb Trimpe, inks by Sal Trapani, and colors by David Hunt, battling both Hulk and Wolverine.

That battle is beautifully sad in a way that will likely go unduplicated given Marvel’s subsequent changes to the myth. In Hulk #9, a swarm of wendigos bit Hulk, turning him into the ravenous Wendihulk. Hulk has eaten people before though, so it’s possible the new werewolf-based rules are false and anyone cursed has eaten human flesh.

In Marvel Comics, Conan the Barbarian lived during the Hyborian age (10,000 BC), centuries before any recorded civilizations, let alone their myths. His monsters were as original as they were abundant, resembling giant or hybrid animals. Violence was enough to deal with some, but others drove their stories, particularly the Hyborian bird people.

Bird people exist across world mythologies, and The Bird Men of Akah Ma’at interacted with humans long before Conan, and continued to do so long after humans started believing they were angels. Conan and his monsters exist on Earth-616 and many of his monsters fit descriptions from cultures that wouldn’t have existed yet. In Marvel’s context, these creatures apparently inspired their respective myths.

2 The Golem Of Prague Comes Directly From Folklore

The Golem is an animated construct from Jewish folklore, most famously from a story involving the oppressed people of Prague. Rabbi Judah Loew ben Bezalel animated the being out of clay to fight off antisemitic attacks. Marvel’s Golem is the same being, and has survived for centuries.

Appearing first in The Incredible Hulk #134, written by Roy Thomas with pencils by Herb Trimpe and inks by Sal Buscema, the Golem’s entrance was similar to the wendigo’s. The Golem of Earth-616, who later fought the Thing, is canonically the Golem of Prague. Its direct inclusion without any adaptation is a bizarre and action-packed continuation of the legendary tale.

The Pegasus of Greek myth rose out of Medusa’s blood. The hero Bellerophon later tamed the winged horse and rode it into battle. While many Greek myths appear throughout Marvel Comics, for some reason Marvel’s Pegasus is linked to Norse mythology. During her time with the Defenders, Brunnhilde, leader of the Valkyrior, and her asynchronous companion dealt less with myth and more with modern issues.

This Pegasus’s most bizarre moment came in Defenders #36, written by Mary Skrenes and Steve Gerber with pencils by Sal Buscema and art by Klaus Janson. A shotgun-toting New Yorker threatened to shoot Pegasus, then Hulk came out of nowhere and threw the man off the building because “Horse is Hulk’s friend.” The Defenders were always strange but the misplaced Pegasus only made them weirder.

Next: The 20 Weirdest Marvel Characters That Even The MCU Couldn’t Sell To Fans 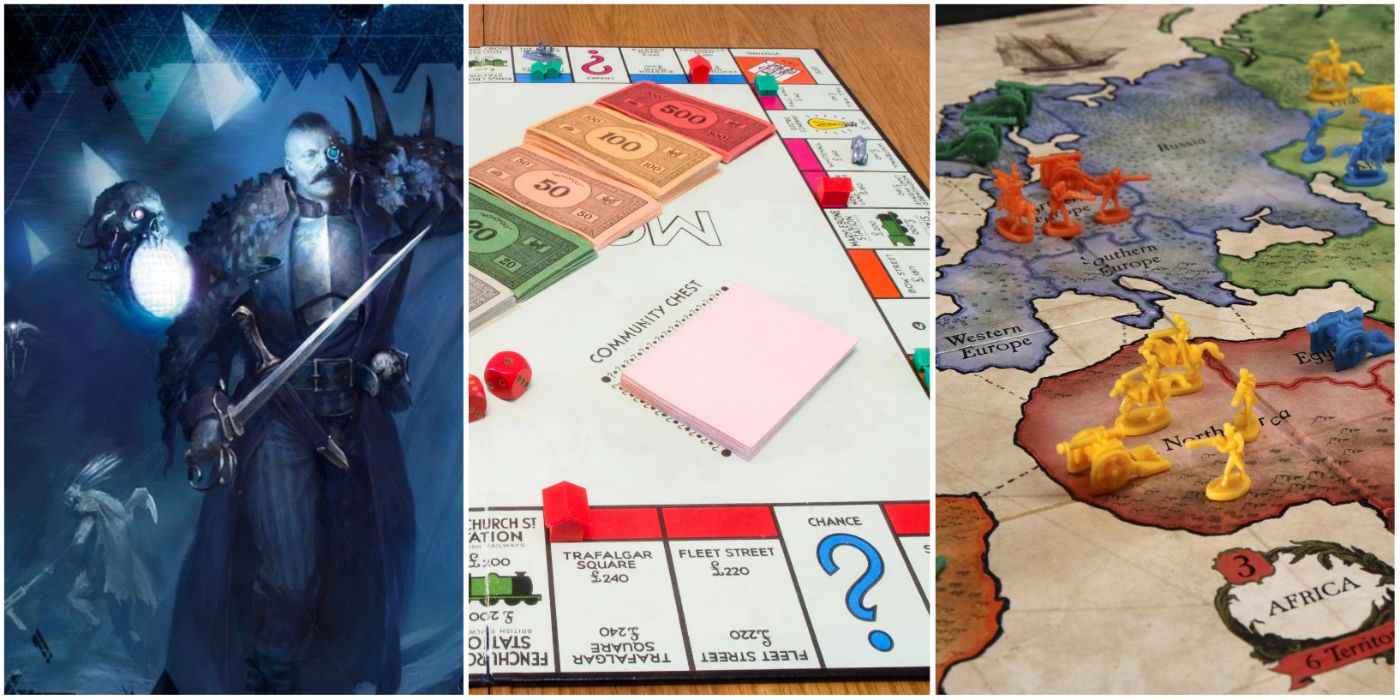 10 Board Games Where The Dice Controls Everything 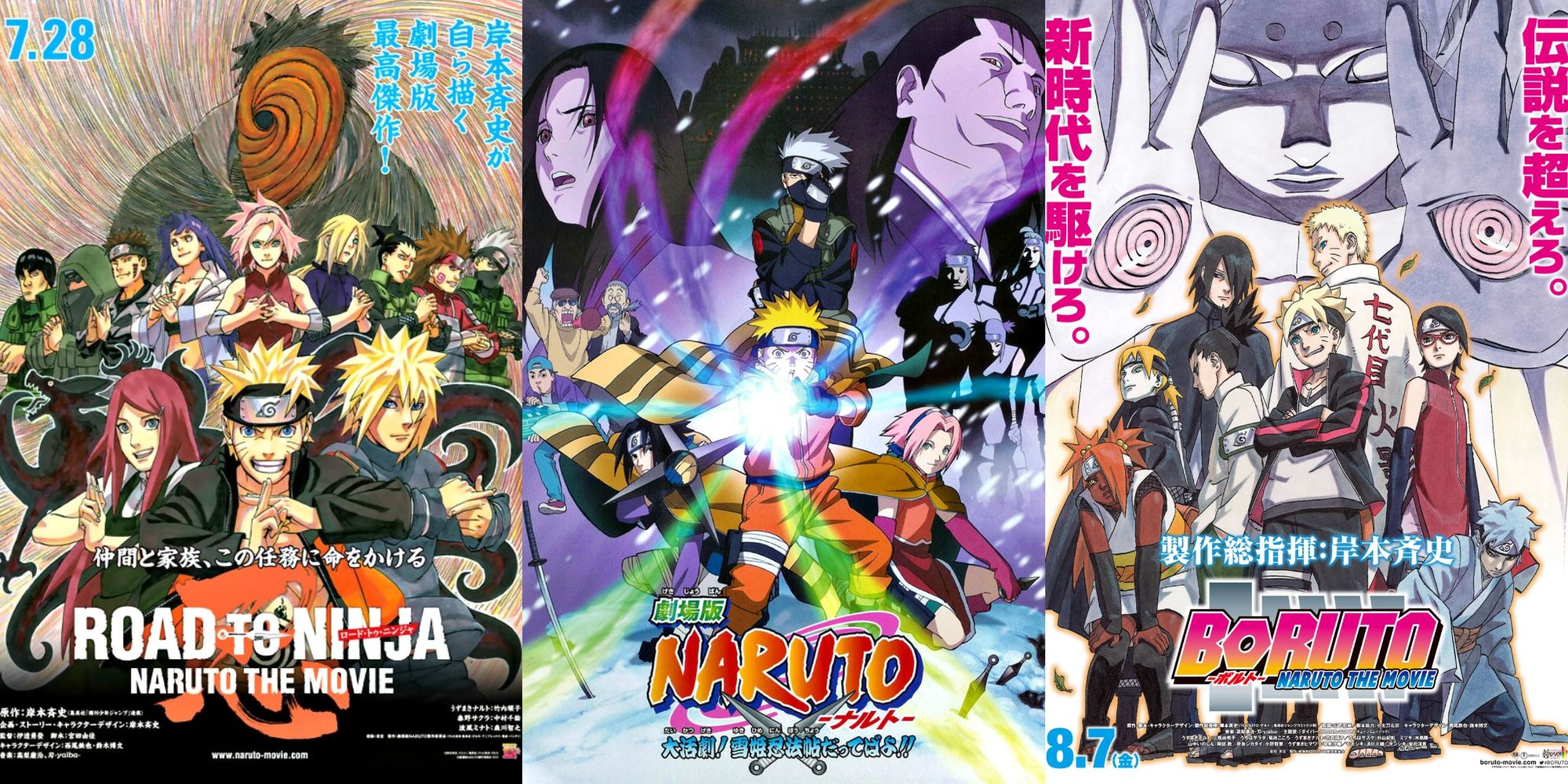 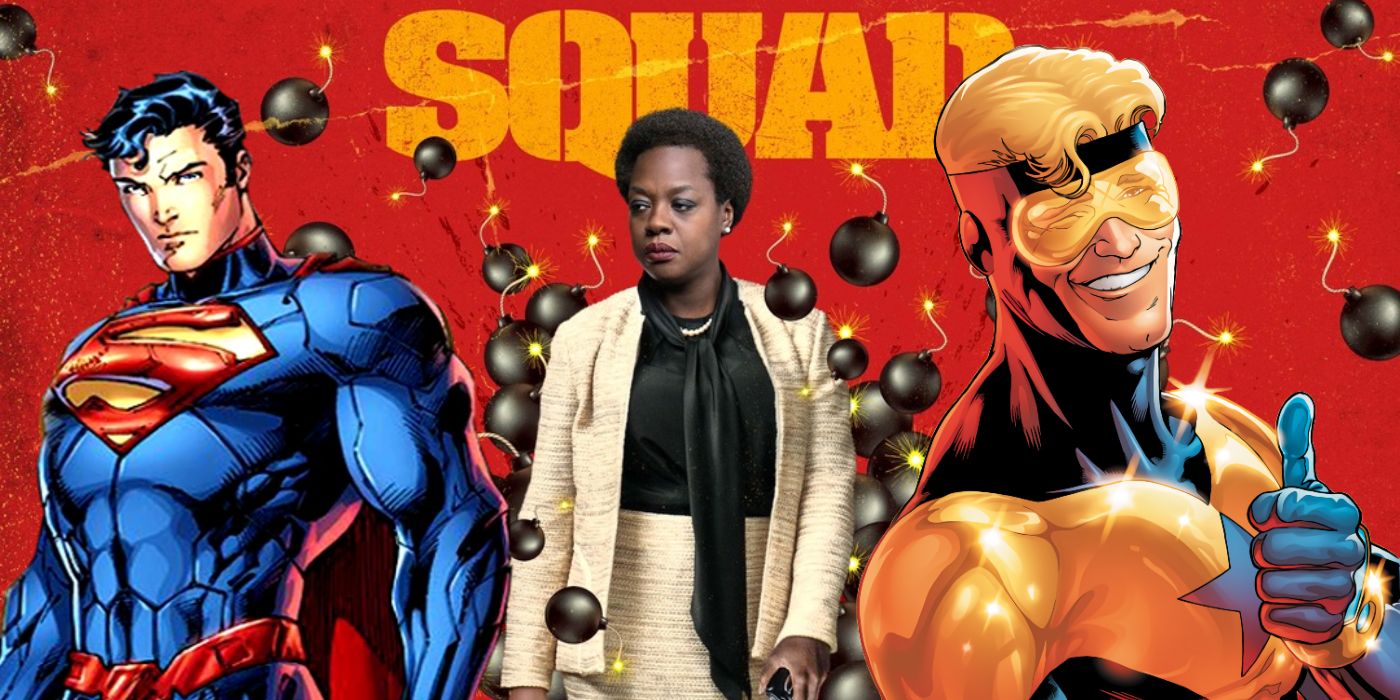