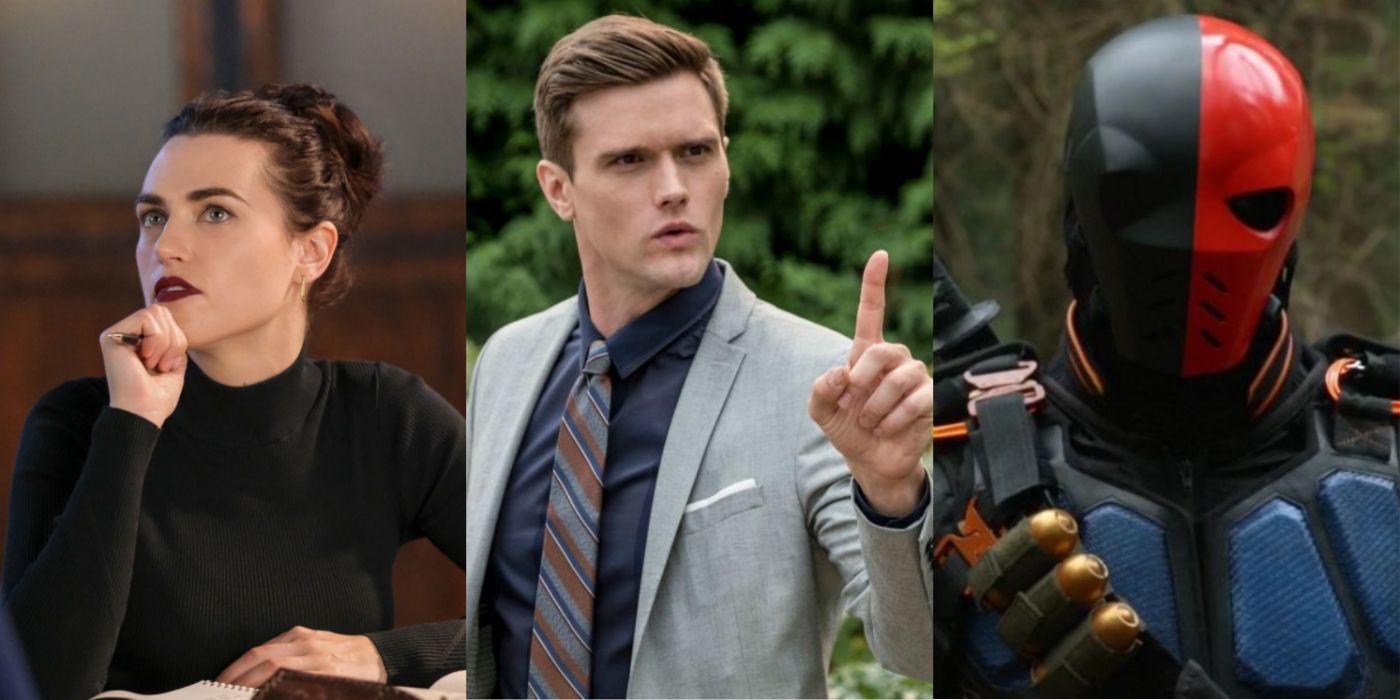 One of the biggest superhero phenomenons in television, the Arrowverse is about to be officially over with the ninth and last season of The Flash, which is going to premiere on February 8th. With the rest of the series canceled and Superman & Lois officially in another universe, The Flash was the last one standing.

Even though everyone loved the Arrowverse at some point, others abandoned these projects when they became repetitive and stale. At some point, many characters were completely ruined, and fans were entirely displeased either by horrible character development or terrible adaptations. It didn’t help that there was a lot of controversy with many of the actors, like Hartley Sawyer and Ruby Rose.

Ruby Rose portrayed Kate Kane, the lead in CW’s Batwoman in the first season. However, after a lot of controversy surrounding Warner Bros. Television and Rose, she was replaced by Javicia Leslie, who took up the Batwoman mantle as Ryan Wilder.

Rose complained that Warner Brothers. Television didn’t take responsibility for her injuries on set and promoted a toxic work environment. However, the network executives responded that they had to fire Rose because of her behavior on set (via Entertainment). While Kate Kane was great, the controversy surrounding Rose and the working conditions definitely ruined the character, but Javicia Leslie did an amazing job afterward as Batwoman.

Felicity is one of the main characters in Arrow. She’s the stereotypical nerdy character who helps the hero with her tech knowledge. However, soon enough, she also becomes Oliver Queen’s love interest. He ended up in a love triangle with her and Laurel Lance.

Felicity isn’t a particularly unconventional character, but she was in the middle of many internet arguments. A lot of people ship her with Oliver, whereas others completely dislike her character. A lot of fans believe her character was developed terribly, which is why she ended up being one of the most hated characters in the Arrowverse.

8 H.R. Wells And All His Iterations Were Too Much

Tom Cavanagh played H.R. Wells in The Flash, one of the many iterations of Harrison Wells. He comes from Earth-19 and, much like some of the others Harrison Wells across the multiverse, he possesses a genius intellect. However, there were more and more versions of this character, which people found obnoxious.

RELATED: 5 Live-Action Superhero Series Unjustifiably Canceled After 1 Season (& 5 That Went On For Too Long)

One of the greatest problems of the Arrowverse is that CW struggles with the number of characters in its shows. Even though Tom Cavanagh is an amazing actor, it would have been better for The Flash to wrap up his character in earlier seasons.

7 Mona Wu Suffered A Lot Of Hate From The Fandom

In Legends of Tomorrow, Mona was originally a delivery girl. However, she became Assistant Coordinator of Creature Upkeep for the Time Bureau. Later on, after she turned into a Kaupe, she joined the Legends for a little while. Mona is an optimistic and romantic woman, but she’s constantly shamed for her quirky personality.

Very soon after her appearance in Legends of Tomorrow, Mona became one of the most hated characters. Some people find her annoying and intolerable, which has caused many conflicts among the fans. Mona is a nice, sweet person, but she is one of the most divisive characters among fans.

Ralph Dibny, also known as the Elongated Man, first appeared in The Flash as a private investigator with a morally ambiguous alignment. For the most part, Ralph was selfish and only cared about retribution, instead of trying to help others.

On top of that, fans had many issues with Ralph’s problematic personality, which is most obvious when he is objectifying women. While he became more heroic as The Flash progressed, he never stopped being controversial. In addition, actor Hartley Sawyer was later fired from The Flash for misogynistic and racist Tweets (via NBC News).

5 Fans Believe Iris West-Allen Has Too Much Screen Time

Iris West-Allen is a journalist, Barry’s wife, and the love of Barry’s life. Throughout The Flash, she goes from being his adoptive sister to the unrequited love interest to girlfriend, wife, and mother of his children. Throughout the show, Iris and Barry constantly show their unconditional love and support for each other.

However, most fans thought that the relationship between these two characters monopolized most of The Flash. Nonetheless, this couple has a big following, and some believe they are one of the best couples of the Arrowverse. Apparently, Iris is one of those characters viewers either thoroughly love or hate.

4 Fans Didn’t Forgive Mon-El For His Dark Past

Mon-El arrived in the second season of Supergirl as a refugee from Daxam. A lot of issues arose between him and Kara because the Girl of Steel believed everyone in Daxam to be arrogant, selfish, and hedonistic, and she was mostly right about that.

However, even though Mon-El tried to become a good hero throughout Supergirl, many viewers understandably never forgave him for the role he played in slavery on his planet. His presence on the show has initiated plenty of arguments on the internet between those who ship him with Kara and those who hate him.

Slade Wilson has a very complex story in Arrow. He goes from ally to enemy, and he eventually became a regular in the show. Some people love him for the interesting character development and for Manu Bennett’s great performance, but others hate that CW dragged his story so much. It’s easy to see why some fans think the character became stale.

2 Lena Luthor Was In The Middle Of CW’s Queerbaiting

Lena Luthor is one of the most controversial characters in the Arrowverse. The character went from a stereotypical Luthor to Kara Danver’s best friend to a villain and then a hero. Her rocky journey throughout Supergirl was disliked by many, but others thoroughly loved her character.

However, one of the most controversial issues in the Arrowverse was the blatant queerbaiting surrounding Kara and Lena’s relationship, which turned these characters into the most popular ship in the Arrowverse. Their friendship had many romantic undertones, such as Lena filling Kara’s office with flowers. Nevertheless, the CW constantly stated they were only friends.

Eva “Mirror Monarch” McCulloch was one of the main villains in the eighth season of The Flash. She was trapped in the Mirrorverse and had the ability to create mirror duplicates from real-life people and control them for her own villainous agenda.

Mirror Monarch was very controversial because she was a terrible adaptation of her comic book counterpart. Her storyline was all over the place, which was obvious because The Flash’s writers were trying to include too many characters. Eventually, her character amounted to nothing.

NEXT: 10 Comics For DC TV To Adapt After The Arrowverse Ends