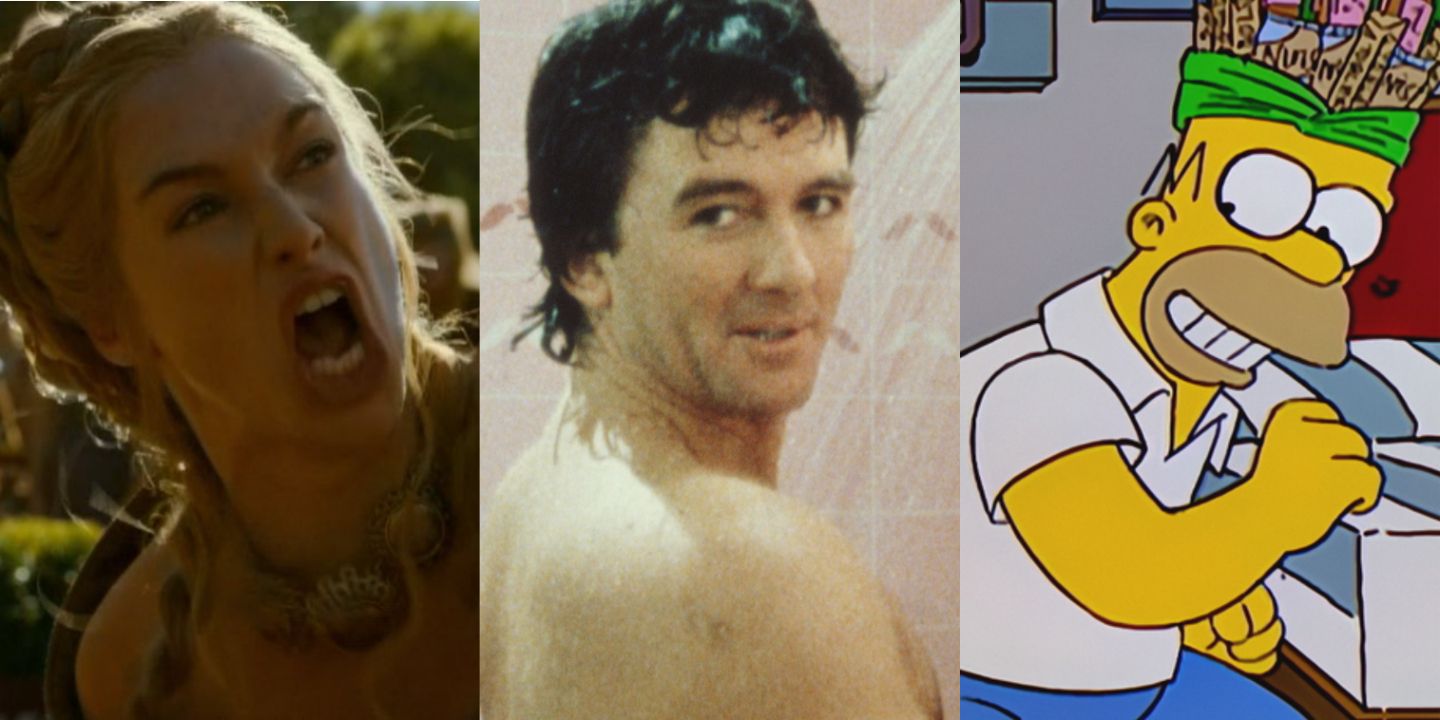 In today’s TV landscape, there is greater tolerance for shocking, graphic, or unusual content. However, a couple of years back, some TV episodes were singled out for being distasteful. This resulted in a couple of controversial TV episodes being banned.

RELATED: 10 TV Shows That Were Canceled After Just One Episode

For some controversial episodes, the topics covered were quite good, but they were extremely misunderstood at the time. Other infamous episodes weren’t controversial because of offensive material. Fans simply felt that the showrunners took a direction that was unacceptable. Even beloved shows like Game of Thrones and The Simpsons have divisive episodes.

10 “Home” Is Too Disturbing

The X-Files’ string of unique villains is a major reason it’s considered one of the greatest monster-of-the-week shows, but in “Home,” things are pushed a bit too far. The plot follows a group of farmers who have incestuous relationships, which triggered so much outrage that FOX prevented it from going into syndication (via New York Times).

The incestuous relations aside, the episode fails to impress because it features human antagonists with no supernatural or extraterrestrial ties. As for the plot choice, “Home” was created as a Halloween episode, but it just doesn’t fit the tone of The X-Files and the plot would arguably be better for a different show.

Religion is always a sensitive topic and when the creators of South Park decided to joke about Prophet Muhammad, the backlash was swift. In “200,” all celebrities that the show has ever made fun of sue the town of South Park. Tom Cruise promises to drop the lawsuit if the prophet is handed over to him. In the aftermath of the backlash, Prophet Muhammad’s lines were edited before the episode was ultimately pulled off the air (via Cheat Sheet).

RELATED: 10 TV Shows That Use The Same Formula Every Episode

Today, “200” still feels like a missed opportunity. An episode about celebrities suing a fictional town could be interesting without complicating things, so it’s baffling that South Park’s creators decided to include religion. After all, there was the option of the fictionalized Cruise demanding that another celebrity be handed over instead of the face of a specific religion.

8 A Flag Gets Burned In “The Puerto Rican Day”

Reaction from activists was intense, so the episode was pulled from rotation (via The Things). Interestingly, “The Puerto Rican Day” has the most writer credits (10) out of all Seinfeld episodes, yet not a single one of them felt the scene might cause outrage. Nonetheless, the episode remains the second most highly rated in the show’s history.

7 “The Puppy Episode” Was Ruined By Homophobia

Today, there are several amazing LGBTQ+ characters on TV, but a few decades ago, including one was seen as unacceptable. In a moment that sums up the disgusting homophobia of the era, several advertisers decided to pull out after Ellen DeGeneres’ character in The Ellen Show came out (via Yahoo).

So bad was the outrage that The Ellen Show was canceled a few months later, with Ellen DeGeneres deciding to focus on stand-up comedy before eventually launching a similarly-titled talk show.“The Puppy Episode” not only became the highest-rated one in the show’s history (42 million viewers), but it also ended up winning two Emmys.

6 “Blame It On Lisa” Rides On Stereotypes

For a show that’s been running for as long as The Simpsons, the pressure to keep things fresh can be high. As such, writers are more likely to adopt a risky story idea than discard it. This backfires in “Blame It On Lisa” where the Simpson family heads to Brazil in search of Lisa’s pen pal.

The episode is packed with stereotypes revolving around poverty, and as a consequence, the Brazilian tourism body threatened to sue FOX (via The Daily Beast). The stereotypes aside, the episode is littered with several other inaccuracies, notably the suggestion that the conga is from Brazil, but it’s actually a Caribbean dance.

Viewers sacrifice a lot of time to invest in the proceedings of a show. So, for a series to tell audiences that none of it matters is guaranteed to spark fury. Such is the case in the Dallas episode where Bobby’s wife finds him in the shower long after he had been presumed dead.

The explanation given is that Bobby hadn’t died, and his wife had only been dreaming about it. This meant the events of an entire season were not real. Fans were understandably angry about following an entire somber storyline that didn’t end up affecting the rest of the show in any way.

NYPD Blue established itself as a controversial show right from the pilot episode when a character’s buttocks was shown. However, it’s in a Season 10 episode that the show truly crossed the line, resulting in a $1.2 million fine from by Federal Communications Commission (via Washington Post).

Though viewed as problematic at the time, the scene where a character walks nude while preparing to take a shower is widely credited with normalizing nudity in mainstream TV. Today, it’s far from unusual to see characters walking around naked on primetime TV, but NYPD Blue was one of the first.

Abortion is a hotly debated topic and it’s no surprise to hear that views were strictly conservative in the ‘70s. For this reason, there was a negative reaction when the 47-year-old main character in Maude opted to have an abortion.

RELATED: 10 TV Show Episodes That Are Literally Too Dark

There were all kinds of backlash to “Maude’s Dilemma,” from 7000 fans sending letters to the network to the United States Catholic Conference starting a campaign to get Maude canceled immediately (via EW). Luckily, the sitcom survived this period and is now considered one of the best-ever offerings in the genre.

2 “Breaker Of Chains” Goes Too Far With Incest And Assult

Game of Thrones has always been criticized for having unnecessary sex scenes and while most are forgivable, the one involving Jaime and Cersei Lannister is not. It’s an ugly scene because Jaime forces himself on Cersei, next to their son’s dead body, and she clearly tells him that what he is doing isn’t right.

Fan dissatisfaction was evident all over social media, with many labeling the scene as distasteful, though there were no serious repercussions for the showrunners and the episode’s director. Still, many will agree that there are better ways to bring up a character’s villainous traits than through assault.

One of the greatest sci-fi shows ever made also had a controversial episode, even though it was actually progressive and groundbreaking. In a Star Trek episode, an evil group of aliens forces the USS Enterprise crew to do things against their will.

The source of all the controversy is the kiss between Lt. Uhura and Captain Kirk, not because of the lack of consent from both parties but because the two characters are of different races. Back in the ‘60s, having two interracial characters get into any kind of romantic scenario was unheard of (via Insider).

NEXT: 10 TV Series That Were Canceled Before Airing An Episode (& Why)