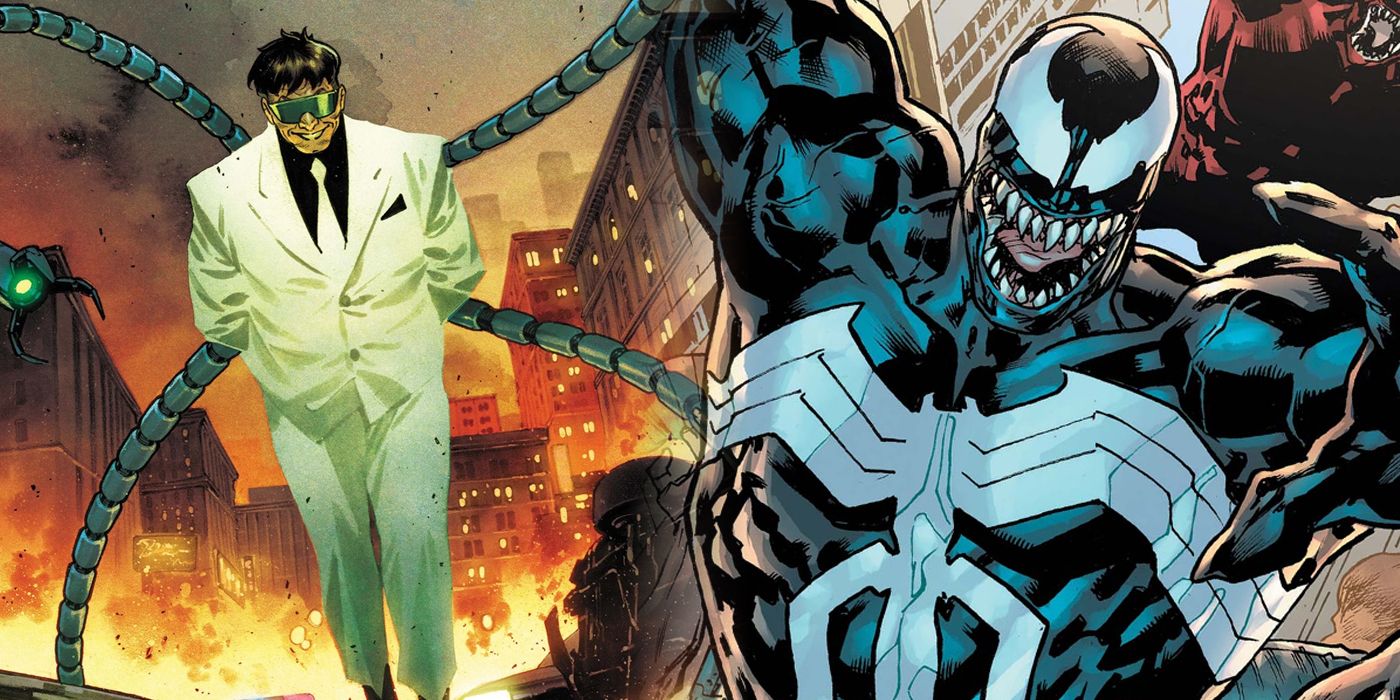 Maintaining a healthy work-life balance is important for people to keep a stress-free lifestyle. In Marvel Comics, it isn’t just heroes who need to sustain stability in their lives. Even villains have personal lives that are often affected by their criminal careers. Trying to establish world domination while living a personal life has got to be distracting and stressful for many villains.

RELATED: 10 Marvel Villains Who Got Their Powers From Someone Else

For these particular Marvel villains, not only do their personal lives get in the way, but their evil schemes distract them from having a decent career. Whether they are trying to put their nefarious ways first or keeping their personal lives intact, these supervillains have proved to be the most distracted.

10 Justin Hammer Could Be A More Successful Businessman

Justin Hammer is known for being one of the many adversaries of Iron Man. Like Tony Stark, Justin Hammer is a tech genius who designs weapons but is not as successful as Stark. Hammer is jealous of Tony Stark’s success and the attention that he gets from the public as Iron Man, and Hammer is so eager to destroy Stark, that he started using his weapons to profit off criminals.

There is no supervillain who can cause mass destruction quite like Juggernaut. As a giant, muscular supervillain with a thirst for disaster, Juggernaut destroys everything in his path, unaware of his surroundings and not caring who gets hurt in the way.

RELATED: 10 Marvel Comics Where The Villain Is The Best Character

Juggernaut is also known as the stepbrother of Charles Xavier and resents him because his father favored Charles more. While battling the X-men, Juggernaut always rushes to go after Professor X, leaving him vulnerable to attacks by the superhero team’s other members. Juggernaut may be a brute force to reckon with, but his taste for revenge distracts him from making rash decisions.

8 Doctor Doom Is A Ruler Blinded By Hate

The most admirable thing about Doctor Doom is his loyalty to his country Latveria. Sometimes, as the leader of Latveria, Doctor Doom tends to look out for its people, which can get in the way of his evil schemes. Despite being a supervillain, protecting Latveria is one of his main priorities.

Though ruling a country is important, Doctor Doom’s main focus is trying to destroy his archenemy Reed Richards and the Fantastic Four. Whenever Doom attacks the Fantastic Four, his hatred for Richards clouds his judgment. He tends to underestimate Mister Fantastic’s intelligence, who eventually outsmarts him in the end.

As a billionaire and founder of Oscorp, a father to Harry Osborn, and the secret identity of Green Goblin, Osborn has more important things in his life to juggle than just pumpkin bombs. Being a parent should be the most important aspect of Osborn’s life, but Norman doesn’t seem to put much initiative into parenting.

Norman put work before being a father and often criticized his son. The Green Goblin’s behavior occasionally revealed itself around Harry, who couldn’t take his father’s mental abuse and turned to drugs, leading him to overdose. Norman’s reaction to seeing Harry in the hospital is what got Spider-Man to defeat him the first time once he realized how much he had failed as a parent.

Wilson Fisk is a notorious crime boss who doesn’t shy away from causing pain to others. At the same time, Wilson Fisk has a reputation to maintain, which is why most of New York does not know that he is the villain known as Kingpin.

Fisk left the life of crime to satisfy his wife Vanessa, but he couldn’t resist the darkness and went back to being a crime lord. Kingpin had a son who found out about his father’s criminal ventures and decided to become a crime lord to take down Fisk’s empire. Like Norman Osborn, Kingpin’s criminal ways affected his relationship with his son and his wife.

5 Loki Is A Tricky Egomaniac

Loki may be one of the most annoying yet dangerous villains in Marvel Comics. Known as the “Trickster God,” Loki uses his magical powers to organize many schemes to take over not just Asgard, but all the Nine Realms. Loki tries so hard at besting his brother Thor, that most times, he gets in the way of completing his own malicious tasks.

Loki would even get himself caught just to show Thor what he is capable of. Loki is known for toying with his enemies with humor and illusions but even when he is serious in his wicked crimes, Loki tends to underestimate his enemies as his ego often gets the best of him.

4 Baron Zemo Was Blinded By Love

Baron Zemo is known as one of the most organized villains in Marvel Comics, but even a man with a plan can get sidetracked sometimes. During his tumultuous run for the Masters of Evil, Zemo fell in love and had a secret relationship with Songbird.

Zemo was so smitten by Songbird that he didn’t realize she was getting close to him so he would not realize that the Masters of Evil was scheming against him. Baron Zemo is proof that even the evilest supervillains can be blinded by love.

Otto Octavius was just a passionate scientist until his experiment in building mechanical arms had gone wrong when an explosion caused them to fuse with his body. The tentacles caused a reaction in Octavius’ mental state, leading him to turn to a life of crime while using science to torment Spider-Man and to take over New York.

As Doctor Octopus, Octavius spent so much time trying to defeat Spider-Man that he became more than just a slave to the tentacles. It wasn’t until the tentacles were removed from Octavius that he realized that he had control of them all along. Otto Octavius was so inattentive in his invention that he lost his sense of self and his love for science.

2 Absorbing Man Is A Little Too Touchy

Carl Creel (Absorbing Man) has one of the most interesting powers in Marvel Comics. With the ability to absorb any material and mimic its strength, Creel can obtain a great deal of durability that’s not easy for strong heroes like Thor to counter. Absorbing Man’s powers are so cool that even he tends to get distracted by them.

Because he has to touch the materials that he absorbs, Creel can easily be attacked in combat. Another one of Absorbing Man’s distractions is his relationship with the powerful villainess, Titania. During their time in the Masters of Evil, Absorbing Man was sometimes slowed down whenever Titania was hurt or went rogue on their missions to pick a fight with She-Hulk.

1 Venom Has To Live The Lifestyle Of His Hosts

Venom is distracted by any of his host’s personal lives and mental capacity. When Peter Parker was Venom’s host, he became hostile to what he thought was just a super suit but his genuine spirit and good heart caused him to reject the symbiote, making Venom unable to take over Spider-Man.

When Eddie Brock was Venom’s host, he also had a personal life as a reporter for the Daily Bugle, which kept Venom from wreaking havoc at times. Though Venom chose Brock because of his hatred for Parker, Brock’s rage had Venom obsessed with trying to destroy Spider-Man. A villain as vile and ruthless as Venom could have been more destructive had he not focused mostly on trying to kill Spider-Man.

NEXT: 10 Marvel Villains Ruined By Their Popularity