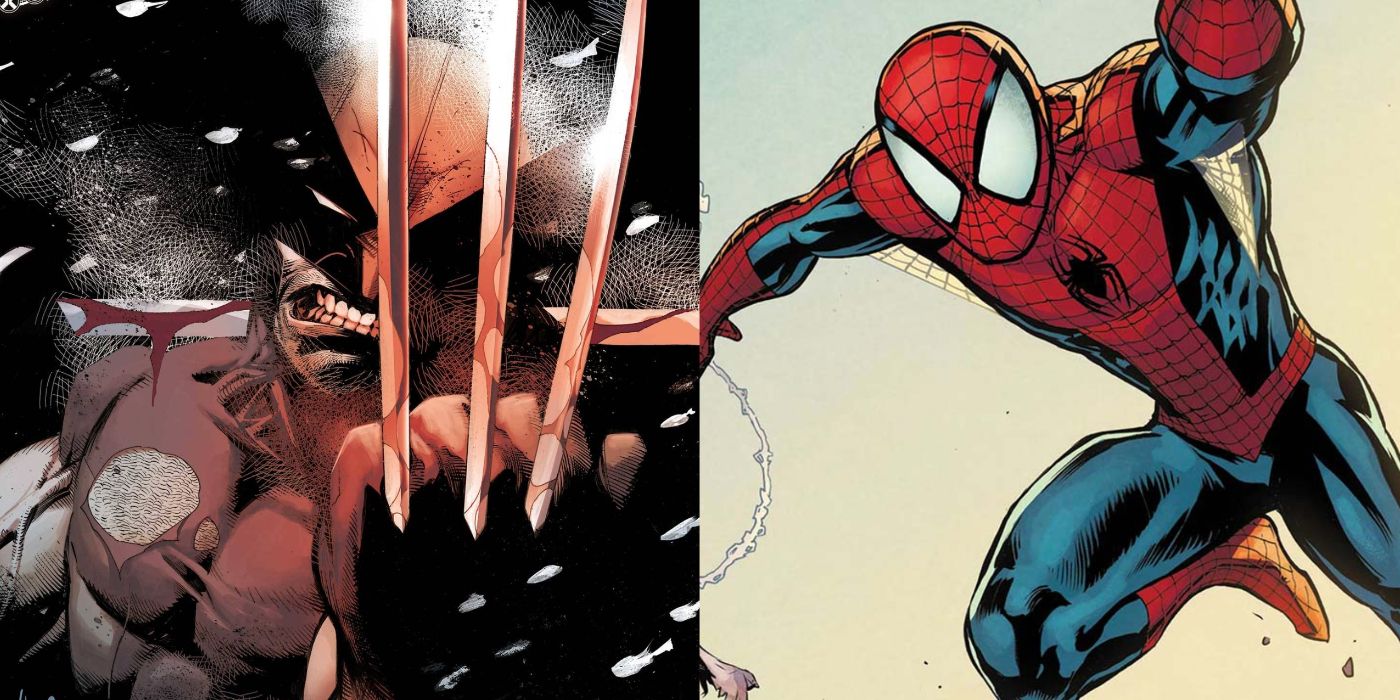 Marvel is the number one comic publisher when it comes to sales, creating best-selling comics month in and month out. Thanks to the MCU, the publisher has also become the biggest name in pop culture, adding even more to the brand’s popularity.

Marvel characters have long been household names, and the MCU has launched even more of them into stardom. Marvel’s most popular heroes and villains are the biggest characters in pop culture. For some, it’s been that way for decades. For others, it’s a more recent thing. Regardless, their popularity is astounding.

Scarlet Witch isn’t always the best person, but she’s been popular for a long time. She joined the Avengers at the height of their popularity and was part of the team’s biggest relationship. Her status as a mutant and the child of Magneto made a huge difference in her popularity, but the Avengers’ ’90s popularity slide affected her as well.

The 21st century saw Scarlet Witch become a huge part of the Marvel Universe, but 2015 would be her biggest break, when she debuted in the MCU. While her solo book failed that year, Wanda Maximoff had a massive bump in popularity. MCU online spaces exploded with conversations about Wanda, and her new book is looking to be a hit.

9 Magneto Has Long Been A Massively Popular Marvel Figure

The X-Men were Marvel’s most popular characters for decades, with all the A-list members of the team making huge strides in popularity. For the most part, much of that has cooled off thanks to the MCU, but some mutants are still wildly popular. Magneto is one of them. For decades, Magneto was easily Marvel’s most popular villain, starring in cartoons and multiple movies.

Magneto’s popularity has stayed pretty stable even with the rise of the MCU. A big part of this is the popularity comes from Michael Fassbender’s portrayal of Magneto. While many of the newer X-Men movies weren’t beloved, he was. Magneto’s been at the forefront of the X-Men books for years now, and that doesn’t look to change.

Deadpool rose to prominence because of his connection to the X-Men, but he never reached the true heights of his popularity until the late ’00s. He got his first series in years and then a funny thing happened. Deadpool merch showed up in stores like Hot Topic and people ate it up. Soon, Deadpool would get his own movie and the rest is history.

Deadpool was always sort of popular in the comics, but he hit much harder with the audience outside of comics. His movies reached MCU levels of popularity and the announcement of his third movie, with the return of Hugh Jackman as Wolverine and set in the MCU, made fans more excited than ever.

7 Captain America Has Regained A Lot Of His Old Fame

In the Golden Age, Captain America was Marvel’s biggest hero. The ’50s saw him fade away, but his return in the Silver Age saw him jump back to the top of the Marvel Universe. When the X-Men became ascendant, he started to wane. The ’90s were an interesting time. Heroes Reborn failed, but Heroes Return reminded people why they loved Cap.

Captain America is an undoubtedly inspiring hero and the leader of Marvel’s heroes, but his popularity waxed and waned throughout the ’00s. His place in the MCU made him very popular. While it’s questionable whether Cap is at his Golden Age levels of popularity, fans once again love Steve Rogers with a burning passion.

6 Loki Rode The MCU To Success

Loki was always a big villain in the Marvel Universe. There’s an argument that can be made that Loki was the most important Marvel villain of the Silver Age. He was a Thor villain, yet he was the one who brought the Avengers together. However, subsequent years saw him fall from those greater heights.

Then the MCU happened, and Tom Hiddleston’s portrayal of Loki made the character huge. In the comics, the character got a massive push as well, receiving a measure of redemption and starring in all kinds of books. Loki is much more popular outside the comics, but he’s still wildly popular.

Iron Man is an amazing hero. He’s long been a staple of the Marvel Universe. He’s a founding Avenger, and forms Marvel’s own “Trinity” along with Captain America and Thor. Of the three, Iron Man was always the middle one in terms of popularity. He didn’t get as many “best of all time runs” or amazing creators, but he was solid.

The ’00s and ’10s saw Iron man take a big role in the Marvel Universe after losing popularity in the ’80s and ’90s. 2008’s Iron Man made him a huge star, and Marvel tried to capitalize on that in the comics. This never worked very well, but Iron Man’s popularity with general audiences can’t be denied.

4 Thanos Was The Most Popular Villain In The World

Marvel has created very popular villains, but few can match Thanos in recent years. In the comics, he was a B-list villain, and dead, until 1991’s Infinity Gauntlet brought him back to prominence. Since then, he’s had some ups and downs, but he started getting a push again when the MCU hit.

Thanos’s place as the big bad of the MCU’s The Infinity Saga made him into a tremendous deal again. He’s starred in event books, gotten his own solo comics, and is a near constant presence in the Marvel Universe. Thanos is just as popular with comic fans as he is with general fans, becoming a true phenomenon in the superhero world.

3 The Hulk Has Always Been Extremely Popular

The Hulk is the strongest one there is, but that’s not all. He’s also been mega popular for a very long time. The Hulk has been continually published for decades, starring in solo, team, and event comics. He has huge name recognition and became a huge Marvel star when his TV show The Incredible Hulk debuted.

In the ’90s, when most of Marvel wasn’t doing well, Hulk comics still had solid sales. Unlike many of his Silver Age Marvel compatriots, the MCU didn’t really help Hulk’s popularity much because it’s never flagged. His popularity has remained fairly consistent for six decades.

2 Wolverine Jumped To The Top Of The Pecking Order

Wolverine is the best there is at what he does, and that’s been selling comics. His debut may not have been the biggest thing in the world, but his place with the X-Men during their biggest growth period was a huge boon for him. Wolverine quickly became the most popular member of comics’ most popular team.

When the X-Men hit large, Wolverine was front and center. He still is, all these years later. Even in the years of MCU dominance, Wolverine remains more popular than the biggest MCU characters. He’s a draw in every way, and his comic is consistently among Marvel’s best-selling solo books. Fans are wild with anticipation both for Hugh Jackman’s return and Wolverine’s future in the MCU.

1 Spider-Man Brought Marvel To The Next Level

Spider-Man has long been Marvel’s star. Silver Age Marvel was quickly taking the spotlight from their distinguished competition, but they weren’t running the table until Spider-Man debuted. Since then, Spider-Man has basically been Marvel’s most popular character, selling comics and merchandise like no one else.

Spider-Man’s been a multimedia star for decades, with cartoons, a Japanese live action show, video games, movie, and more. Even when fans aren’t happy with what Marvel is doing with the character, as they haven’t been for over a decade, The Amazing Spider-Man is still Marvel’s best-selling book.

NEXT: 10 Most Controversial Marvel Comics Choices