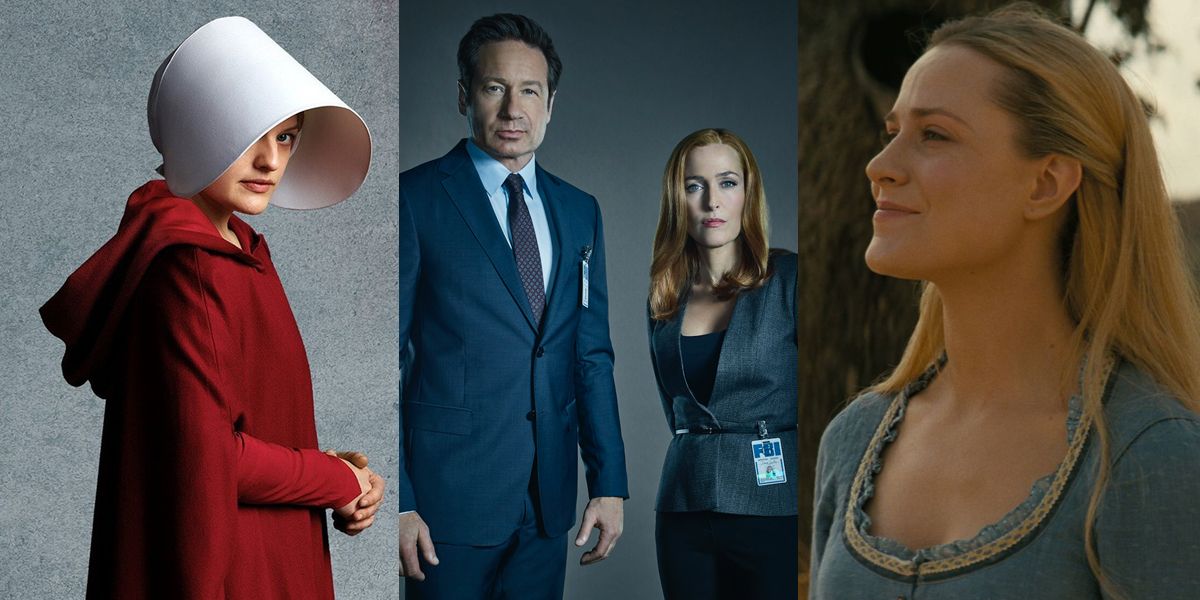 Television shows transport viewers to different realities. Most seem impossible, while others are highly plausible and probable. When a fictional story starts relating to the real world, the more intriguing it is to watch. Tackling real-world issues with a realistic portrayal of how they could play out in the future makes the show relatable.

They also raise important ethical questions and prompt deep discussions about the potential consequences of actions or events. From extraterrestrials and post-apocalyptic futures to technological advancements, these stories explore human relations and the balance between control and freedom. They entertain and make viewers think about the world around them.

The Jetsons is a beloved show about a family residing in a future where technology has advanced significantly, allowing for a highly automated lifestyle. While the show’s depiction of flying cars and robots performing household tasks resemble modern-day drones and automated iRobot’s Roomba vacuums, there’s still a long way to go.

Automation and artificial intelligence are becoming increasingly prevalent across the world, from transportation to home appliances. The Jetsons explores the potential consequences of technological advancements on the workforce. Overall, the futuristic society with advanced technology is plausible and is happening at this moment.

Many people foresee humanity’s end following the blast of nuclear weapons. See explores this future world where humanity lost the sense of sight. The show describes human evolution to live without seeing, which is more than possible since humans have adapted over thousands of years.

RELATED: 10 Differences Between Episode 1 Of The Last Of Us And The Game

The series also explores the societal implications of this evolution and how it would affect human interaction. And the use of technology to compensate for the loss of vision is based on current scientific research and development, specifically in the field of assistive technology.

8 Fighting For A Brave New World

A totalitarian government uses advanced technology to control society in Brave New World. Modern technology manipulates the population, likely based on the idea that anyone with influence can utilize technological advancements with good or bad intentions. As one of Peacock’s best original series, the show explores the potential consequences of a society where people sacrifice individuality and freedom for stability and order.

Overall, the narrative seems plausible and likely to happen if technology is not regulated and monitored. The show raises critical ethical questions about the use of technology, the balance between control and freedom, and the impact of technology on human nature.

7 Logan’s Running Out Of Resources

Logan’s Run takes place in a future where society has become overpopulated, and resources are scarce. The government forces people to live in small, highly controlled communities due to overpopulation and resource scarcity. They are all significant real-world problems that society will likely face.

The show explores the potential consequences of such a society, including the loss of personal freedom, government overreach in monitoring the population, and suppression of individuality. The world could experience a real Logan’s Run scenario should humanity fail to address these issues.

Fringe explores the concept of parallel universes and the possibility of multiple realities existing simultaneously. The existence of parallel universes and the concept of “fringe science” are based on current scientific theories, such as the many-worlds interpretation of quantum mechanics. The show is perfect for people who don’t enjoy science fiction.

Fringe discusses the consequences of multiple realities existing simultaneously and the impact on individual identity and the fabric of reality itself. Parallel realities and fringe science will produce a life-changing effect on our minds and overall human existence if the scientific theories are proven to be correct.

In future theme parks, visitors can interact with highly advanced androids across various environments in Westworld. The show follows realistic humanoids who become self-aware and fight to escape the confines of the entertainment-based facility.

As the seasons progress, the consequences of such technology become apparent. The impact on human consciousness and the ethics of using androids for entertainment leads to humans choosing sides. Advanced androids used for entertainment purposes are already one of the critical features of privatized AI. The results in the fictional Westworld become more possible each day.

4 The Expanse Of Human Reach Across The Solar System

Quickly topping the list of the best space-based sci-fi television series is The Expanse. The show tells of a future where humanity has colonized the solar system. Political tensions have risen between Earth, Mars, and the Belt. Should humanity colonize the solar system, cosmic tensions will reach critical mass.

Humans have already landed drones and exploration vehicles on Mars. The potential for further expansion throughout the solar system, its impact on resources, and the potential for conflict are all but certain. And experts praise The Expanse for the realistic astrophysics embedded within each script containing some of the smartest sci-fi writing and development of characters on TV.

The X-Files covers a government conspiracy to cover up the existence of extraterrestrial life and paranormal phenomena. When humanity discovers it’s not alone in the universe and on this planet, it will likely learn that governments already possess this knowledge and hide it from the public.

Knowledge and secrecy make up the backbone of the world’s intelligence apparatus and will probably not lead to positive consequences. Aliens and government conspiracies are more plausible than we think. Should ETs rear their galactic heads, society, religious institutions, and the understanding of our place in the universe are forever changed.

2 Warning Signs In The Handmaid’s Tale

A Christo-fascist regime controls women and forces them into reproductive servitude in The Handmaid’s Tale. The suppression of female reproductive autonomy is based on historical and current human experiences. People of influence believe the state should determine the reproductive rights of others exist.

RELATED: 10 TV Shows That Have Jumped The Shark (& Need To End)

The Handmaid’s Tale examines the impact of a religious-based society on individuality, freedom, and independence concerning healthcare and parental decisions. The show focuses heavily on the likelihood of an organized and effective resistance. The suppression and elimination of women’s rights are probable if humanity doesn’t learn from its history.

1 Surviving A Fungal Pandemic With The Last Of Us

HBO set its latest hit, The Last of Us, in a post-apocalyptic world where a fungus has infected most humanity, turning them into aggressive monsters. Although there are some differences from the video game, there are similarities, including a global pandemic with evolved fungi that already exist with ants. The Last of Us also explores how humanity will have to survive and human relationships in the face of a cure. Global pandemics are a very recent part of human history. Pandemics have the potential to evolve beyond humanity’s control without taking preventative measure