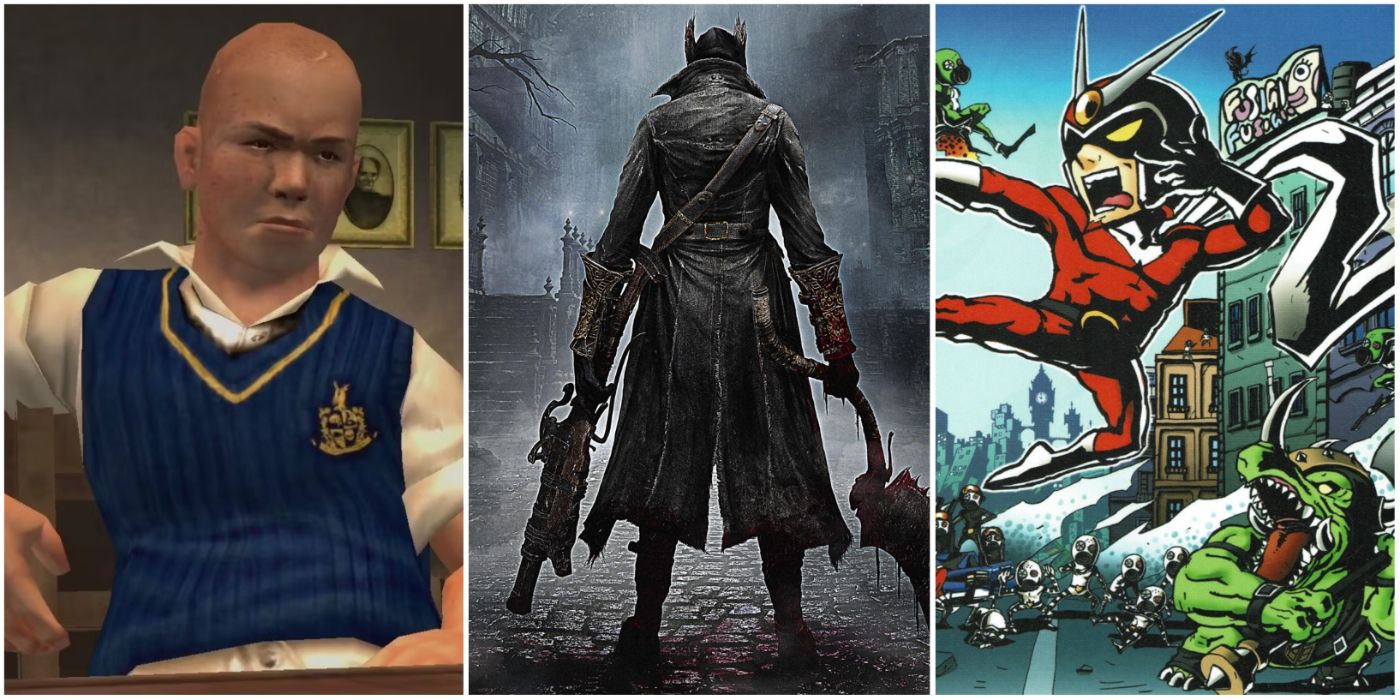 The PlayStation boasts a library of excellent games and exclusives. From the original PlayStation all the way to the PS5, it has a reputation for excellent content. Even with how much there is, it isn’t enough for some fans. In particular, there are individual stories and games that fans want to see more of.

A video game can be perfectly fine as a standalone, one-and-done experience. That doesn’t stop gamers from wishing they had follow-ups to some genuine masterpieces. For whatever reason, there are several excellent PlayStation games that would have been great for sequels but never got one.

Viewtiful Joe was one of the more unique action franchises on the PlayStation 2. It was a beat-em-up action and puzzle game in the style of classic action movies. The player controlled a movie fan who became a movie superhero through a magic projector. They used special effects powers like slow-motion, speeding up, and zooming in to battle their foes.

The franchise was unusual, stylish, and incredibly well-designed. Viewtiful Joe 2 upped the ante by letting the player control both Joe and his girlfriend, Sylvia. Additionally, the gameplay and story evolved in an entertaining way. However, despite hints in the game’s ending, there was never a sequel. There were two disappointing spin-offs instead. Viewtiful Joe 3 never appeared despite the love for the first two games.

Final Fantasy IX was one of the best-received games in the entire franchise. It was applauded for its charm, characters, storytelling, faithfulness to the franchise’s roots, and RPG gameplay. The ending also left the cast well-positioned for future adventures. Nonetheless, there never was a Final Fantasy IX-2.

Bully was an original project by Rockstar Games, but it was far away from the crime-ridden streets of Grand Theft Auto. Instead, it dealt with school bullying and one delinquent student’s attempts to stop it. It was an unusual story for video gaming. On top of that, it masterfully split between action and school sim gameplay.

Bully was well-liked for its gameplay. It also received praise for handling its subject matter sensitively despite the game’s over-the-top nature. However, its story ends with one game. Since Bully was a source of frequent controversy in mainstream news, this may have affected Rockstar’s decisions regarding a sequel.

7 Dark Cloud 2 Never Got Its Own Sequel

Dark Cloud 2 was only a spiritual successor to the original Dark Cloud. It even went by a different name, Dark Chronicle, in other regions. Among fans, it was considered one of the best RPGs ever made, with gameplay variety and a charming art style that haven’t been replicated since.

However, there was never a follow-up. A sequel could have either followed on from Dark Cloud 2‘s story, or again been a spiritual successor, making use of similar gameplay. However, despite Dark Cloud 2‘s prestige, neither happened. There were several rumors of a planned sequel over the years, but none came to fruition.

Bloodborne was one of the most prestigious and beloved PlayStation 4 exclusives. It took Dark Souls‘ beloved action-RPG gameplay and refined it. In addition, it told a cosmic horror story dripping in the trappings of a gothic Victorian London. Its, gameplay, strange story, and challenge all made it beloved by gamers.

Bloodborne‘s sister game, Dark Souls, saw two sequels, both of which were well-liked. However, Bloodborne remained a standalone game. There were never any hints of a sequel, prequel, or any other game set in the world. Director Hidetaka Miyazaki is known for disliking sequels. However, many fans wish to return to Yharnam in another game.

5 Tetris Effect Wouldn’t Have To Do Much More

Tetris Effect was a PSVR game that made incredible use of the system. It didn’t need the player character to grapple with movement or touch controls. Instead, it used a VR headset to turn Tetris into a perfect immersive experience. Players enjoyed the series’ iconic gameplay alongside visuals and sounds designed to be engaging and captivating.

Tetris Effect wouldn’t need to remake the wheel for a sequel. It could simply produce more levels with the same gameplay and many fans would adore it. However, there hasn’t been a sequel. Tetris Effect had numerous updates. A new edition called Tetris Effect: Connected added cooperative and competitive gameplay, but many gamers would still love more content.

The Outer Wilds won adoration for its unique roguelike-esque gameplay. It was designed around repeating a loop, progressing further between attempts. However, the game wasn’t about combat or violence. The Outer Wilds instead focused on exploration and problem-solving.

The Outer Wilds had a DLC released in 2021, giving fans more content. However, there are many who would love for an entire game in its beautiful and compelling style. The Outer Wilds was quite unlike any other game at the time. Without a sequel, it’s unlikely there will be anything like it in the future.

Metal Gear Solid 4: Guns of the Patriots wasn’t the final game in its franchise. However, it was the latest story in the Metal Gear franchise, chronologically speaking. Even Metal Gear Rising: Revengeance was a spin-off. Franchise creator Hideo Kojima was reluctant to consider Revengeance truly canon.

RELATED: Video Game Series That Deviated From Their Intended Path

A sequel to Guns of the Patriots would have been far better than what players got. The prequel Metal Gear Solid V: The Phantom Pain was beloved, but its development saw Kojima cut ties with Konami. Fans would have loved a later game in the series, rather than the franchise ending with mediocre spin-off Metal Gear Survive.

2 Inside Left So Much Hanging

Inside was Playdead’s follow-up to the iconic Limbo. In the eyes of many fans and critics, it surpassed their first efforts. It was applauded for its unique visual style, platformer gameplay, and unfolding story. However, it ends on a distinct cliffhanger note in both of its endings. All audiences can do is theorize about the many possibilities its story presents.

There are many who think that a sequel to Inside would rob it of its mystery. However, a sequel could take advantage of Inside‘s open-ended storytelling to create its own opaque, beautiful tale. It would also give fans new output from Playdead, who started discussing their unreleased third game in 2017.

Chrono Cross was a follow-up to the iconic RPG Chrono Trigger. It was a radical departure from the former game in its premise, characters, and gameplay. Nonetheless, fans proved receptive to it. It was considered one of the best games in Square Enix’s back catalog by fans.

However, Chrono Cross didn’t receive a sequel of its own. This is despite the fact that its gameplay was ripe for further development and expansion. Chrono Cross left the world with plenty more stories to be told. Fans demanded a sequel for decades since its release. The closest they got was Chrono Cross: Radical Dreamers Edition, a 2022 remaster.

NEXT: 10 Video Game Sequels That Had Nothing To Do With The Franchise