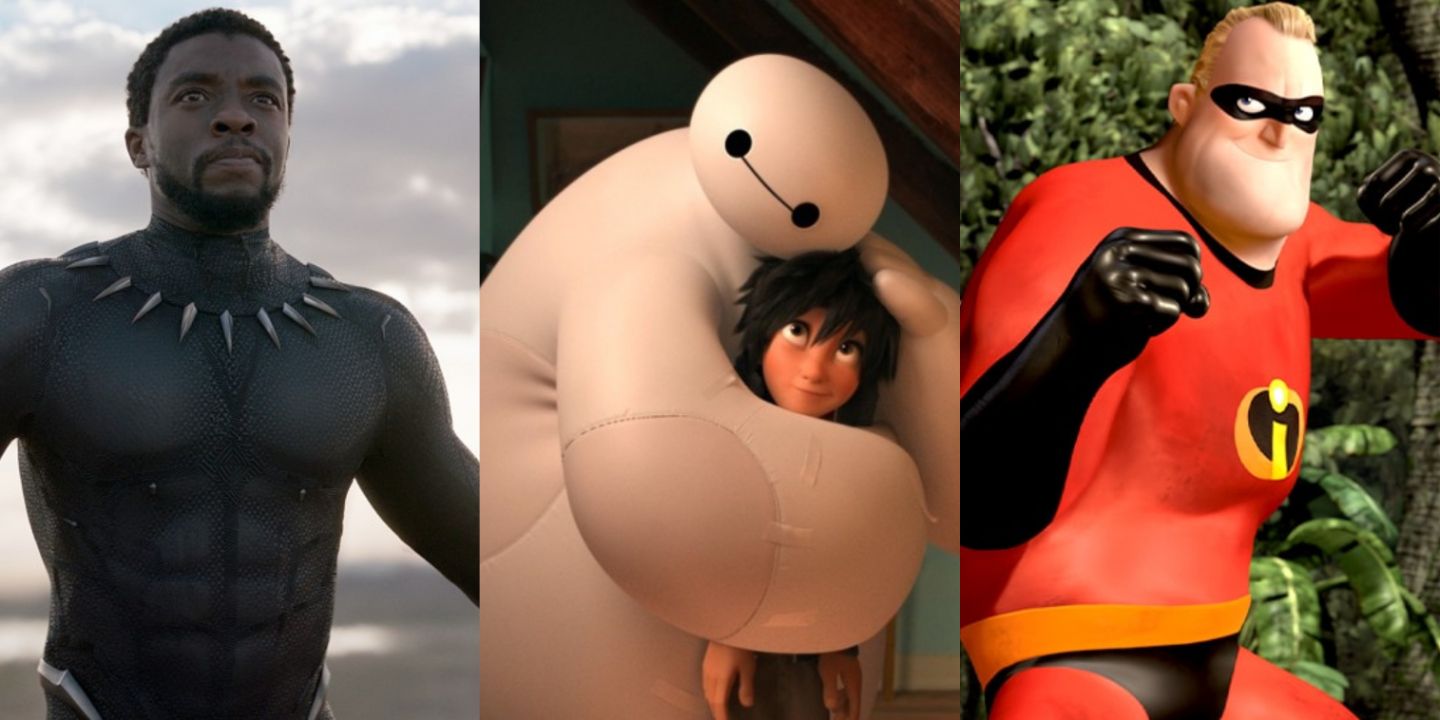 Superhero movies often fall into a trap of regurgitating the same message. These films are usually about good vs evil and how heroes will always prevail. Unfortunately, this makes a lot of superhero films feel somewhat predictable, as the good guy always wins.

However, some superhero movies have positive messages that make them a worthwhile watch. Maybe the hero will prevail, but it won’t be an easy ride to get there, and there will be unexpected twists and turns. The theme isn’t always the same, and fans are encouraged to look deeper to see what the true message is.

10 Steve Rogers Believes In The Good Of People

Winter Soldier is, at its heart, about society and the corrupt structures within it. It is also about the importance of friendship. Cap discovers new friendships with Natasha and Sam, as well as re-discovering his long-lost friendship with Bucky. Steve doesn’t give up on his friend, even when he has been turned against Cap. The Winter Soldier focuses on Steve’s compassion, as he believes in the good of people and remains true and optimistic through it all.

9 Death Is A Harsh Reality Of Life

Spider-Man: Into The Spider-Verse

Spider-Man: Into the Spider-Verse is about learning to live with grief and healing after losing a loved one. Death is a harsh reality of life, but it’s particularly hard to understand and manage when it happens to a young person.

RELATED: 8 Coolest Characters Teased In Across The Spider-Verse’s Poster

A large part of Spider-Man’s personality is knowing the power he holds and the responsibility that comes with that power. However, this doesn’t mean he has to be independent and bear the weight of the world on his shoulders. The message in Into the Spider-Verse is about relying on others, and the fact that even Spider-Man needs other people.

8 Spider-Man’s Sacrifice For The World

Like Into the Spider-Verse, Spider-Man 2 is about responsibility and having to recognize that life cannot be entirely up to personal choice. Like Uncle Ben says, “with great power comes great responsibility.” However, Peter’s life outside of being a superhero is suffering greatly, and he has to make a choice.

Guilt eats at Peter as he recognizes his role in the world, and he knows he has to sacrifice his civilian self to help others and to be Spider-Man. Spider-Man 2 is about community, self-sacrifice, and benefiting the greater good.

7 The Parrs Show That Family Matters Most

The Incredibles is many people’s favorite childhood movie, largely thanks to its brilliant storytelling and gorgeous animation. Superpowers have been banned by the government, and so anyone with powers has to hide them to blend into regular society.

The Incredibles celebrates family, but the movie also teaches audiences that the grass isn’t greener on the other side. Bob seeks out his past life because he is bored with his current one, but it is only when his wife and kids are threatened that he realizes that family is what matters most. In the end, the Parrs face the threats together, as a team.

6 Life Is Short And Sweet

Thor: Ragnarok injects humor into the MCU, a universe that is generally very serious and had potentially become too rigid. Thor begins taking life a little bit less seriously, which is a huge difference when compared to his very serious self.

Through all the grief and loss in Thor’s life, he begins to realize how short life can be and decides to ease up. Thor also carries his father’s words with him, that Asgard is a people, not a place. This is an important lesson about sacrifice and where home truly is.

Avengers: Endgame was highly-anticipated, as it came out a year after Infinity War, which saw half of the universe and many fan-favorite characters get wiped out. The questions every MCU fan wondered were whether every character would return, and if so, how?

The overarching theme of Endgame is about cherishing people and the time you have with them, as well as sacrificing and understanding the deep impact that one person can have on the world. Tony was just one man, but his death changed everything for everybody. Endgame also sees Steve learn a lesson about time, as he spends his life in the past with Peggy, recognizing that she is his world and who he would sacrifice everything for.

4 Logan Guides The Future Away From His Past

Hugh Jackson reprises his iconic role as Wolverine in the 2017 movie Logan. He shows fans the future of his character when his healing powers start failing as he ages. Looking back on his life, Logan can’t help but recognize that it’s filled with violence and blood.

Logan’s message is about learning from the past and redemption, as well as helping to educate the future generation and guide them toward different paths and ways of life. Additionally, Logan truly faced his mortality. In his final moments, he was able to help others by sacrificing himself.

3 Kindness Can Change Everything

The Amazing Spider-Man 2 shares the usual lessons about responsibility and caring for the common man, but it also dives into being seen and heard. That is why Maxwell becomes Electro; no one truly sees him, and he is treated badly despite his obvious talents. One bit of kindness from Spider-Man changes Max’s world, proving that how someone treats someone else can deeply alter them and their perception on the world.

2 Inclusion And Diversity Improve The World

Black Panther is not only a spectacular superhero film, but it is also a wonderful celebration of Black culture. With a majority Black cast, Black Panther is groundbreaking in terms of MCU representation, and it explores aspects of real-life African cultures and traditions.

RELATED: The 10 Most Diverse Comic Book Characters Of All Time

The 2018 film holds many messages, but the most impactful lesson is about diversity and inclusion and how beautiful it can be. Black Panther also discusses duty and honor, and how those affect a person. The movie also has a strong message about female empowerment, which is why some critics have deemed Black Panther a feminist film.

Big Hero 6 tells the sad story of Hiro, as he loses his older brother, Tadashi, and has to learn to live without him. Both Hiro and Tadashi have an interest in technology, with Tadashi currently studying and working on building a healthcare robot that he named Baymax.

Big Hero 6 is about grief, as Hiro nearly turns cold when he seeks vengeance against those who wronged his brother. However, that wasn’t what Tadashi would’ve wanted, and revenge isn’t what Baymax was programmed for. Tadashi wanted to help people rather than hurt them, so Big Hero 6 stresses the importance of forgiveness and moving on.