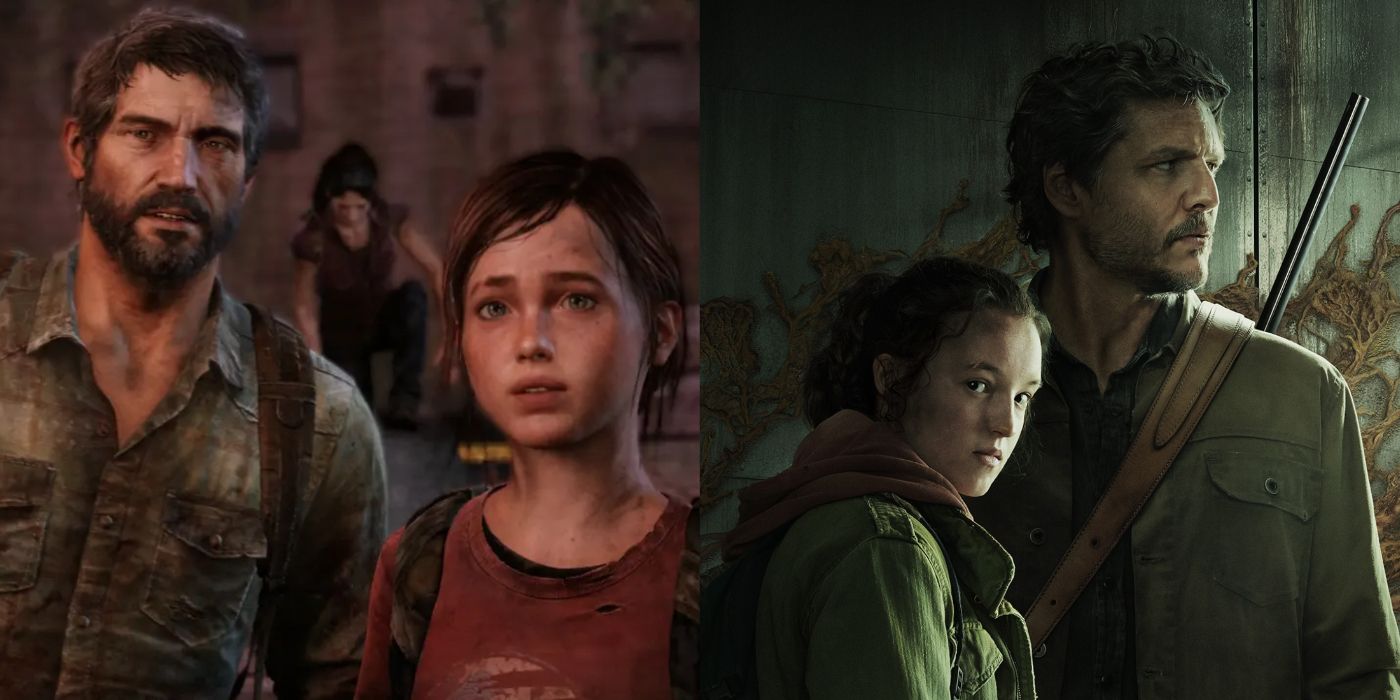 There have been some popular shows and movies based on video games, from Resident Evil to Silent Hill. The most recent adaption of a video game series is the new HBO show, The Last of Us. While not all games are designed to be adapted into a detailed on-screen program, The Last of Us games have seemingly lent themselves well to the small screen. The first episode dropped on HBO on January 15, 2023, and fans are already pleased with the series.

Though many of the action-packed scenes, like characters taking on countless enemies, will have to be reduced to make way for more plot development, The Last of Us already has a great story with emotional drive and intense conflict. Fans of the video games have high expectations for this new HBO series, and they know exactly what should be included in future episodes of the show.

10 A Big Focus On Joel’s Family

As a video game, The Last of Us mixed tragedy with horror. While it offered a scare at every turn, it was also known for the heartbreaking moments throughout the storyline. Fans of the game were hoping to see this connection with Joel’s family at the beginning of the narrative.

The first episode of the HBO series delivered, as Episode 1 outlined Joel’s grief of losing his daughter Sarah and how that affected his personality. The Last of Us has continued to outline the importance of Joel’s family through his brother Tommy, who acts as a catalyst for Joel’s journey with Ellie. Fans hope the show keeps this theme up.

There are many video games that focus on the action and excitement of the challenges but lack a good narrative. Only games with a well-thought-out storyline can be adapted into a long series without the creators having to write nearly an entirely new storyline.

RELATED: 10 Ways The Last Of Us Episode 1 Exceeded Expectations

The Last of Us game series had a very strong narrative throughout. HBO should develop the characters and explore their development, maintain the horror elements, and focus on the action. Fans are hoping the HBO show will stay fairly close to all the elements of the source material, including all the suspense and shock of the story.

8 The Violence And Brutality Should Be Realistic

There are a lot of scares throughout The Last of Us game, which keep the player shocked and anxiously waiting for the next challenge. The characters go through a lot of hardships, as they face constant violence and brutality on their journey.

Fans want to see the level of violence and brutality from the game emulated in the HBO adaptation. In this cruel world, the characters have to face horrible threats and do dreadful things to survive in the deadly post-apocalyptic reality. Though there is a healthy amount of drama throughout the storyline, HBO’s The Last of Us needs to reflect the savage world it’s capturing.

7 It Should Be A Constant Fight For Survival

One thing that is common throughout the post-apocalyptic and zombie genre, whether it’s games, films, or shows, is the constant fight for survival. In The Last of Us, the player has to combat the creatures and other foes that threaten the lives of the characters.

Though the viewers won’t play an active role in helping the characters survive in HBO’s The Last of Us, they still want to see this constant action as Joel and Ellie fight to stay alive. While some series within the genre devolve into more dramatic sequences of events, dulling the impending threat on the characters’ lives, game fans want to see Joel and Ellie’s constant battle to stay alive.

6 The Differences Between “Clickers” And “Runners”

In the video games, the two monsters the characters most often encounter are the “Clickers” and the “Runners.” The Runners are the earlier stage of the infection, so the creatures are more zombie-like and have a somewhat human appearance. Clickers, on the other hand, have a crater in their face as the infection spreads, leaving the creature to rely on echolocation to hunt.

While there are other stages of infection, these are the most commonly utilized in the game. The second episode of HBO’s The Last of Us introduced the Clickers and Runners, but fans are still waiting to see if the show will go into more detail about the distinct differences between each stage of the infection.

5 People Should Be One Of The Greatest Enemies

As a narrative-based game, The Last of Us incorporated many side characters throughout Ellie and Joel’s journey. While other survival shows often have humans teaming up to survive the apocalypse, this narrative focused on a survival of the fittest mindset. In the game, other humans were a main conflict.

RELATED: 10 Zombies Scarier Than The Clickers In Last Of Us

In the game, Ellie and Joel are ambushed by a team of humans, who have set a trap that’s designed to grab living people, not the infected. HBO has the opportunity to heighten the tension of these situations by fleshing out the danger of encountering other humans.

4 The Timeline Should Be Similar To The Game

There are already some differences between The Last of Us game and the HBO series. The first episode let the viewer spend more time with Sarah before her death and changed the time period in which the events take place.

However, the timeline of the narrative hasn’t yet departed much from the series of events in the games. Just as in the game, the show jumps ahead 20 years after the initial outbreak and Joel’s daughter’s death. While the show will likely take more time to develop each key event in the storyline, fans are hoping the series will continue to follow the narrative arc of the source material.

3 The Relationship Between Ellie And Joel

One reason The Last of Us won “Game of the Year” is because of Joel and Ellie’s relationship. Despite the action-packed, horrific world they are a part of, the heart of the game was the dynamic between the two main characters.

Many fans can’t stick by the HBO series if it doesn’t reflect Ellie and Joel’s complex and heartwarming dynamic. Their relationship is unique because the storyline takes the time to develop Joel’s tragic loss and the burdens placed on Ellie. The show needs to outline these experiences and how it affects their relationship with each other.

2 HBO Should Place Focus On The Other Characters

One advantage the HBO series has over the video games is that it has more time to explore the other characters. While Joel and Ellie are the stars and will likely take center stage, the series needs to thoroughly develop the side characters. The first episode already introduced the central characters, including Tommy, Tess, and Marlene.

RELATED: 10 Things We Don’t Want To See In HBO’s The Last Of Us

Similar shows, such as The Walking Dead, have been ridiculed for introducing and building up characters just to senselessly kill them off. The Last of Us has already committed this offense, as it killed off Tess in Episode 2 while making her presence a narrative tool instead of the main catalyst for Joel wanting to transport Ellie. Fans are hoping this will not become a trend in the new series.

1 Easter Eggs That Pay Homage To The Game

While there are some differences fans hope to see in the HBO The Last of Us, viewers also want to see some Easter eggs that pay homage to the games. There have been some obvious callbacks to the games already, such as Merle Dandridge reprising her role as Marlene.

There have also been smaller Easter eggs in the first episode, such as Joel’s watch and the Fireflies’ slogan, “When you’re lost in the darkness, look for the light.” The show will likely not stick entirely with the original story, but viewers will still be keeping a close eye on the screen to see any little details from the video games.

NEXT: 10 TV Tropes Fans Notice In Almost Every HBO Show