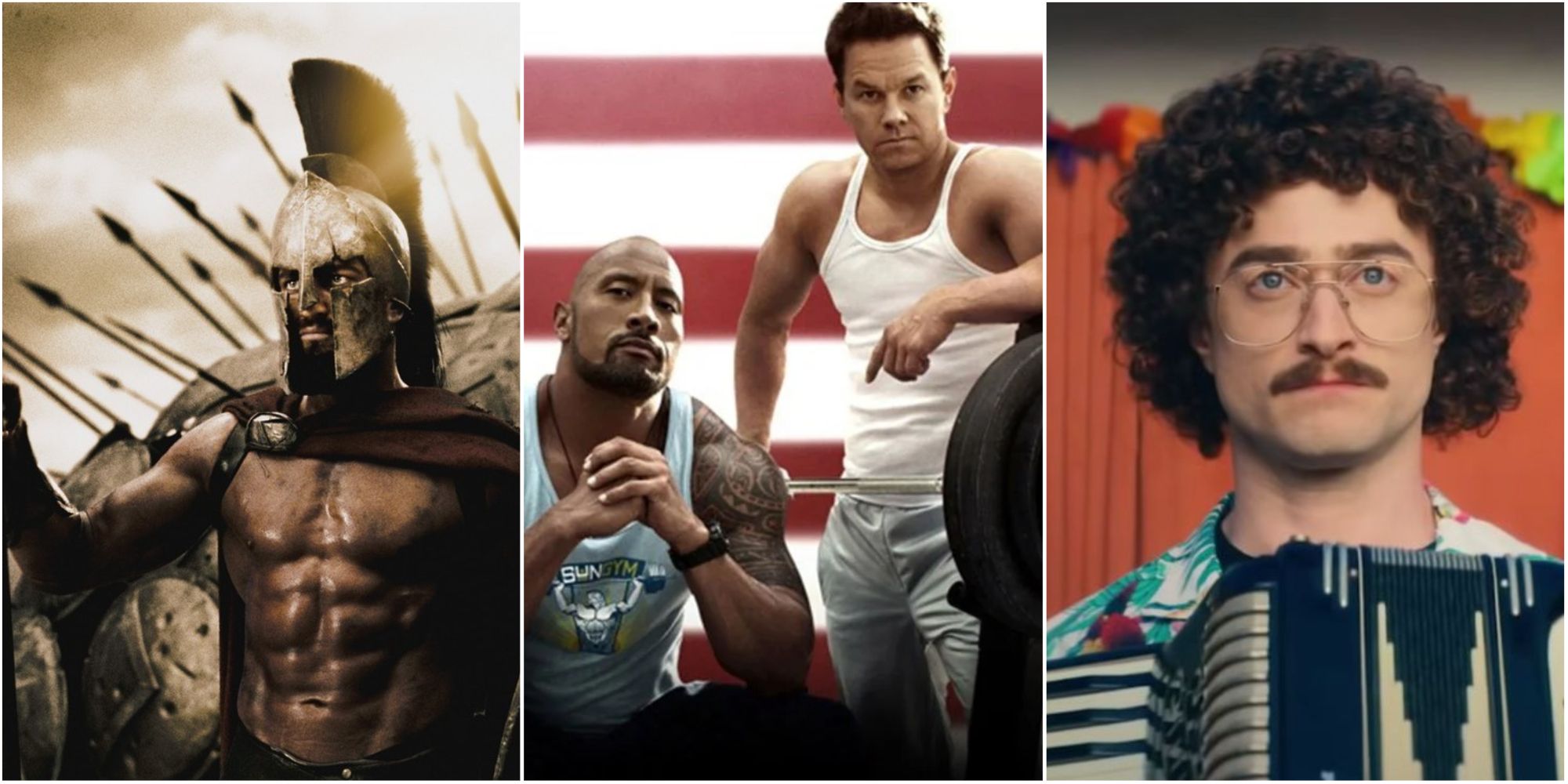 Hollywood has told a range of dynamic and unique stories over the more than century long existence of film. One of the most popular types of film is that of the “true story.” However, it’s well known that these stories use artistic license and take liberties with the facts for a compelling story. Sometimes, these stories are only loosely inspired by real events and become more fiction than fact.

True stories are popular with fans and a surefire way of getting audiences to show up, but that doesn’t change the inaccuracies of these films. Indeed, often times these films end up being much more interesting than the real events, and fans will even reference the movie for facts. However, every film should be taken with a grain of salt, no matter how much they claim to be the truth.

10 300 Is An Intentional Exaggeration Of Greek History

Zack Snyder’s 300 adapted the Frank Miller comics miniseries of the same name to film. Despite being based on the true story of the defense of Sparta and Battle of Thermpoylae, the story took liberties and happily exaggerated a number of its core features.

In 300, the scale of battle was distorted to aid in the “David and Goliath” nature of the story. The role of other Greek armies was diminished, the Spartan prowess overstated, and the Persians warped into a monstrous force. However, it remains an excellent action and history film.

Michael Bay’s Pearl Harbor, despite having a strong final act, followed in Titanic‘s footsteps in taking a momentous date in history and focusing on a love story. The film follows two best friends, close as brothers, in the lead-up to the US entry into World War Two.

It establishes a love triangle between the two friends and a nurse, which intensifies when one is presumed dead. The film’s inaccuracies mostly stem from its best part in the attack on Pearl Harbor and the subsequent Doolittle Raid. Its changes included altering Japanese targets and suggesting the friends were the only flying pilots during the attack.

Bonnie and Clyde were famous gangsters who operated in the Deep South during the Great Depression. At a time of great desperation and poverty, they used a Robin Hood reputation to curry favor with the people. However, in reality, they had no qualms about gunning down anyone who got in their way.

The movie, Bonnie & Clyde, starring Faye Dunaway and Warren Beatty, played into the very myth that they themselves had exploited. The Netflix original film The Highwaymen delivered a much more accurate and sobering look at their crimes and legacy of fame and violence.

Argo took the true story of American embassy workers trapped in revolutionary Iran and applied the usual Hollywood drama. In this case, the Central Intelligence Agency — which played a key role in the original story — went so far as to comment on the film’s inaccuracies.

These inaccuracies were best seen in the dramatic final moments of the film, which see the escaping Americans almost caught by their pursuers. In reality, their escape was much simpler. The film also diminishes the role played by the Canadian government in helping the workers.

6 The Patriot Misrepresents Its British Villains

The Patriot takes place during the American Revolutionary War and follows the hero, Benjamin Martin, as he battles the British forces. The movie, as iconic a story as it may be, turned the British Redcoats into a bloodthirsty caricature of their battle strategies.

The Patriot also isn’t based on any one figure of the American Revolution but rather a mash-up of men from the era. For the sake of a simple message of patriotism, the film turned its villains into largely one-dimensional villains, as well as over-intensifies the nature of its battles.

Horror movie Wolf Creek sells itself as being inspired by true events, as it’s based on the real-life Australian outback murderer Ivan Milat, who killed a number of backpackers in the wilderness region. However, the movie and subsequent series heavily embellish the story for the sake of good horror.

Wolf Creek turned its serial killer lead into an almost unstoppable figure, with one of the highest kill counts in the slasher genre, despite having relatively little screen time. There was certainly some truth to the outback murders but, for the most part, the legend of Mick Taylor is horror embellishment.

4 The Conjuring Movies Remove Reasonable Doubt To The Warrens’ Story

The Conjuring and its shared horror universe focus on Ed and Lorraine Warren, two mid-20th-century paranormal investigators. While the movies present the Warrens as honest and genuine, with real paranormal experiences, the consensus from historians is that they were frauds.

For understandable reasons, the films choose to omit the doubt surrounding the Warrens and instead show the audience real hauntings. The film lent credence to every claim of the Warrens and went a step further by making everything completely real, creating events that never happened.

3 Pain & Gain Was So Dishonest Someone Sued

Michael Bay’s comedy/crime movie Pain & Gain told the true story of a group of fitness instructors who plotted a kidnapping and theft scheme. However, rather than portray the victim as the innocent man that he was, the movie turned him into a thoroughly unlikable person.

The film’s portrayal was so bad that the real man involved sued the studio, citing the way his character was written as almost deserving his fate. The change of characterization was completely unnecessary, and the film could have told the same story without resorting to character assassination.

2 Al Yankovic Made Sure His Biopic Was Full Of Nonsense

“Weird Al” Yankovic has made sure to be true to his stage name throughout his career, always having fun and defining himself through oddities. When he worked on his own biopic, he had no intention of telling a true story and instead filled it with nonsense.

Considering how many biopics mislead audiences as it is, Weird Al’s decision is perfect for his persona. Rather than tell an inaccurate true story, he opted to fictionalize his life, though still sold it as a biopic. The move made for great comedy and was perfectly on brand for the celebrity.

1 Fargo Claims Truth But Is Almost All Fiction

Fargo famously claims to be inspired by a true story but, as confirmed by its directors, is almost pure fiction. The film is an amalgamation of two completely unrelated crimes that the Coen brothers combined to tell an original story with fake characters.

The gag of fake true stories was carried over into the film’s spin-off TV series, where real events are loosely adapted into different stories. Fans of the film at release were intrigued by the tease of being based on a true story, and many were disappointed — but not surprised — to learn it was fiction.