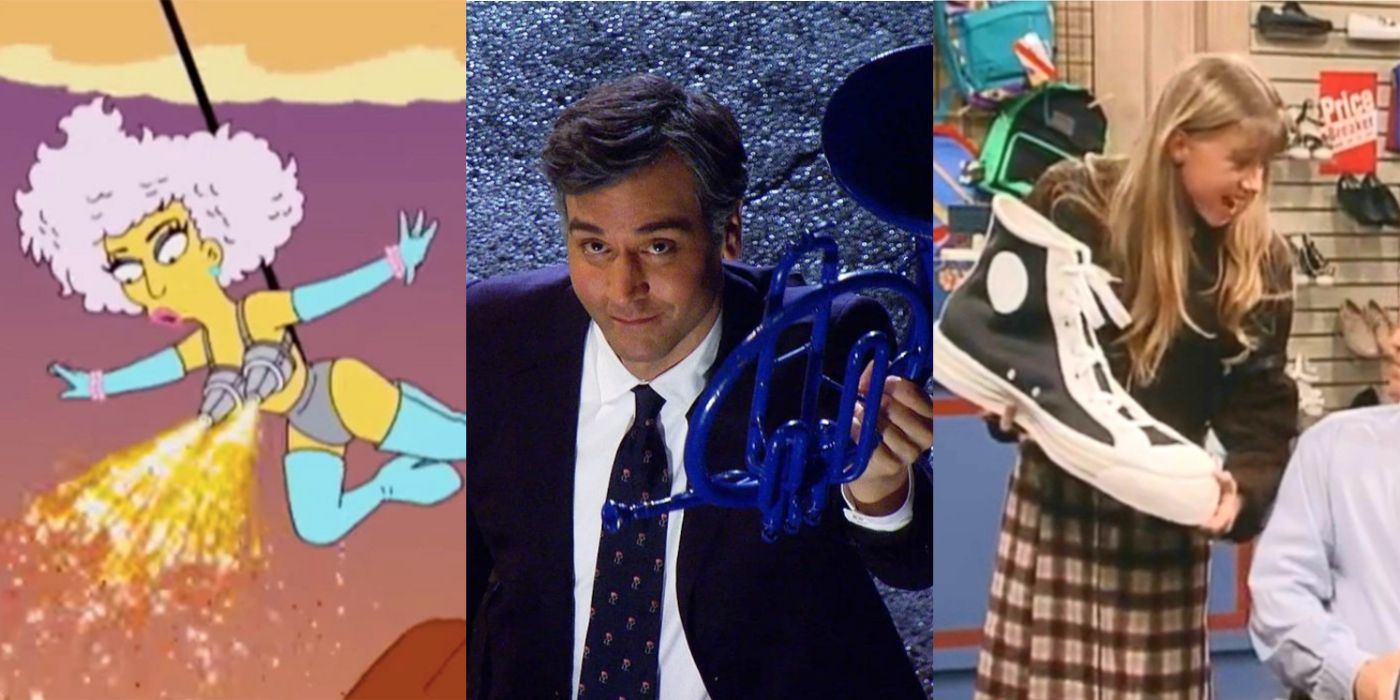 Sitcoms are supposed to be the funniest shows on television, but sometimes they totally miss the mark. Even some of the most popular and beloved series, such as Friends or The Office, have a couple of episodes that fans find incredibly boring and predictable.

RELATED: 10 Sitcoms That Actually Ended Before Getting Bad

What most sitcoms have in common is that, after they outlast their time, characters tend to become obnoxious, situations grow more and more absurd, and the plot turns stale. It’s probably better for these shows to wrap things up before they get to this point.

After everything that happened during 2020, it was understandably hard for Brooklyn Nine-Nine to return to the next season. And a show about cops had the responsibility to make a statement about the way the police behave in the United States.

“The Good Ones,” the first episode of season eight, spends a lot of time discussing relevant topics, such as police abuse. Rosa, for example, left NYPD because she felt she could do more good outside this organization. Sometimes sitcoms leave jokes aside to discuss serious topics, and this is one of those times.

“Advance Introduction to Finality” is the final episode of the fourth season of Community, which a lot of fans believe is the worst season of the show. The ending to an overall mediocre season isn’t any better. Since writers didn’t know if the show would continue, this season, Jeff is supposed to graduate finally, but the characters from the “evil timeline” make an appearance.

While the humor of Community has always been absurd, this episode took it a bit too far; mixing the sitcom with a pseudo-sci-fi environment made it cringe-worthy. While fans loved previous paintball episodes, this one took more than it could bite, and the humor was nowhere to be found.

With a 4.7 average, “Life of Brian” is one of the lowest-rated Family Guy episodes on IMDB, making it one of the worst episodes ever on sitcoms. After a series of unfortunate events with Stewie’s time machine, Brian is seriously injured when he’s run over by a car and dies in the veterinarian.

The worst part of the episode is that the writers introduce a new family pet, Vinnie, but fans thoroughly hated this development. On top of that, fans expect this show to be funny, not to kill off one of their favorite characters. Fortunately, Brian returns two episodes later, but this is one of Family Guy‘s lowest moments.

7 Last Forever: Part 2 Was The Ending To A Show That Had Already Gone Off The Trails

How I Met Your Mother

While it’s true that the final episode of a show it’s rarely about the laughs and more about the nostalgic aspect, “Last Forever: Part 2” isn’t only unfunny, but also a terrible ending for How I Met Your Mother. In a season that was already terrible, in a show that had become stale, this was the cherry on top.

How I Met Your Mother ruins the show’s ending by including many scenes of the gang as they age and grow apart. Robin and Barney divorce, Stacey dies of cancer, and Ted realizes he has feelings for Robin again. The ending shows the characters to have zero development, it isn’t funny, and it doesn’t even manage to create a feel-good nostalgic end for a show that lasted many years.

And Just Like That, the sequel to the popular ‘2000s sitcom Sex and the City, has already received plenty of criticism for its cringe-worthy humor. The show suffered the typical problems of some of the worst reboots: they don’t know how to fit the essence of a 2000s show in 2022.

“Tragically Hip” is an excellent example of why this show isn’t funny. While Carrie suffers from a congenital hip disease, Miranda hears that her teenage child is non-binary. While the show tries to cover relevant issues sensitively, it ends up feeling forced and cringy.

Like many sitcoms, Modern Family started losing its magic in the last seasons, mainly because the children weren’t children anymore, so some jokes weren’t as funny. At this point, most of the episodes divided the characters into several storylines, but they were stale and dull most of the time.

“All things Being Equal” focuses on Haley, Manny, Alex, Luke, and Gloria as they try to show their gender equality, but the joke of the episode is that none of them are performative. Phil and Jay are in the usual fights trying to decide who they will hire for their parking lot, and Cam is hanging out with his sister Pam; all in all, a terrible episode.

Since Michael Scott left The Office, the show started to be all over the place. In “Get The Girl,” the episode gives a lot of importance to Andy and Erin’s relationship, but it only makes Andy more annoying. These two characters never did have chemistry, so the episode focusing on them is terrible.

On top of this, Nellie returns to the office, but She’s one of the most disliked characters in The Office, and most people completely hate her. Suddenly, it becomes very obvious the writers don’t know what to do with the show, and they try to feed the fans their least favorite characters.

3 Lisa Goes Gaga Features Lady Gaga, But It Didn’t Amount To Anything

“Lisa Goes Gaga” is one of the most famous The Simpsons episodes, both because it featured Lady Gaga as a guest character and because it is one of the show’s most hated episodes. While The Simpsons are known for its constant guest appearances, fans believe in this episode; the show lacked the social commentary that characterizes it.

For most of the fans, this episode is self-indulgent and cringeworthy. While no one doubts that Lady Gaga is a great artist, people are not sure if it was a great idea to include her in a Simpsons episode in this manner. The episode generally lacks jokes and feels more like an advertisement for Lady Gaga.

Full House was one of the most popular sitcoms in the ’90s, but not all the episodes were funny. While the show is supposed to be family-friendly, “My Left and Right Foot” makes fun of a very silly thing: Michelle grew two shoe sizes in one year.

Even though Michelle’s fear of getting huge feet isn’t totally uncalled for, considering how society expects women to be perfectly proportioned, the episode isn’t funny. Instead, it’s more one of those episodes in sitcoms that people watch to get to the next one.

1 The One With The Invitation Is Just Flashbacks

In the ’90s and ‘2000s, flashback episodes were one of the most common tropes in sitcoms. They worked because people didn’t have a chance to return to their favorite episodes, so the flashbacks were one of the few times they got to see some of the best moments in the show.

However, as of 2023, most people can watch any Friends episode whenever they want, which has made the flashbacks episode boring and predictable. “The One With The Invitation” reminiscences about Ross and Rachel’s relationship, which on top of everything, didn’t age well.

NEXT: 10 Funniest Sitcoms Of All Time