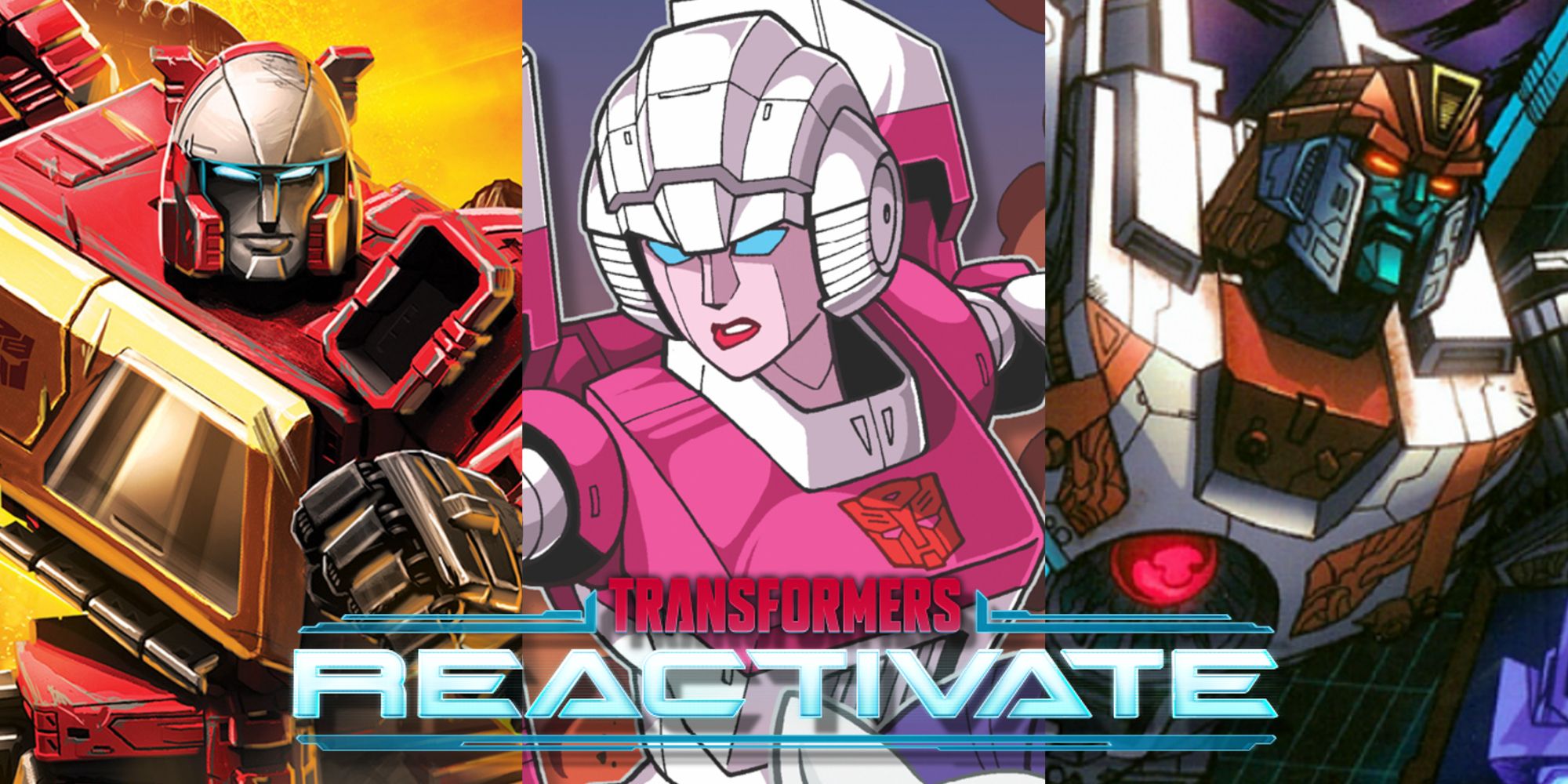 The announcement of Transformers: Reactivate from Splash Down has fans excited about the beta release later in 2023; there hasn’t been a true AAA Transformers game in years but Reactivate could be the one to satiate fans wanting to play in the war between Autobots and Decepticons in a 4-player co-op game experience.

Some iconic characters are obvious, such as Bumblebee, Starscream, Megatron, and Optimus Prime, but some Cybertronian warriors don’t get enough attention in either animation or live-action movies. Transformers: Reactivate could be the right game to push more underrated characters to the forefront, depending on the route of the post-apocalyptic story.

10 Blurr Is Basically A Cybertronian Speedster

Having been around since G-1, Blurr has always been unfairly pushed to the sidelines of the franchise. He’s always fighting alongside Hot Rod in the war, proving to be a capable courier using super speed to get himself across Cybertron faster than most, almost like a speedster straight from the Marvel universe.

That super speed has the potential to make him a threat to be reckoned with in video game form, taking on enemies in slow motion while scouting for the rest of the team. As a bonus, Blurr could be given more development than just being the fast-talker and the comic relief.

9 Airachnid Is As Creepy As She Is Unique

The devious factions known as the Insecticons deserve more attention, with Airachnid as their leader. Like Megatron as the Decepticons’ leader, Airachnid is a fascinating villain who debuted and shined in the Transformers: Prime animated series. She can be truly evil, but at the same time, she has room for growth as a character.

Not many Cybertronians also transform into helicopters, making her appearance in both forms rather unique. The developers at Splash Damage also have the freedom to expand on her to give her new weapons and abilities to fit their vision.

8 Blaster Could Use A Proper Revamp

Some character archetypes are often overused. Take, for example, the hot-headed, broody rebel who is a little too willing to rush into a fight. That is Blaster for the most part, but there is plenty of room for Transformers: Reactive to take Blaster and improve upon what was already established.

Blaster fits a similar role as Bumblebee, where he’s young and arrogant, but that could lead to him being a main character in the story. The war forces him to grow up and become a leader. At the same time, his qualities as a somewhat generic shooter character could serve as a starter class for new players and a rival for Soundwave, a similar Decepticon.

7 Vector Prime Stole The Show In The Unicron Trilogy

Created exclusively for the Transformers: Cybertron series, Vector Prime has a unique powerset that allows him to move himself and the Autobots through time and other dimensions. Besides references and brief appearances, the franchise has sadly forgotten Vector Prime.

RELATED: 10 Transformers Characters From The Unicron Trilogy Who Are Nothing Like Their G1 Counterparts

A character meant to be the first Autobot could be an intriguing addition, especially with the seemingly apocalyptic version of the Cybertronian war on Earth. Vector Prime also has one of the most distinct transformations due to being almost like steampunk clockwork, transforming him into an ornate starship.

6 Thundercracker Is Arguably The Most Complex Decepticon

Thundercracker is an interesting character because, unlike Megatron or Starscream, he is not just an evil Decepticon seeker. In fact, Thundercracker is more willing to side with the Autobots or humans should situations call for it; his loyalty to the Decepticons does not blind him.

That alone could make for an interesting dynamic for the story portions of Transformers: Reactivate. There is plenty of room for the powerful Decepticon to become a new leader for the faction or betray them to start his own. On top of that, his power could make him a top-tier class of character to play.

5 Strongarm Is The Highlight Of Robots In Disguise

Far from the typical Autobot, Strongarm is a member of the Cybertron police officer who shined in the Transformers: Robots in Disguise series. It’s not the most original character in the world, the young cadet with a passion for the force, but it’s effective with Strongarm leaving her mark.

With Earth in total chaos in Transformers: Reactivate, Strongarm is a good choice for someone trying to keep peace and could be one of the new main team of Autobots. Also, Transformers rarely gives the women characters time in the spotlight, and Strongarm deserves more after Robots in Disguise comes to an end.

4 Blackshadow Could Be A Great Neutral Party

Rather than a particular faction, Blackshadow is a rogue Cybertronian who only works for money and power as fees. That concept alone could be worth exploring in Transformers: Reactivate, developing why Blackshadow chose to operate from outside the war.

With Earth in shambles, perhaps Autobots or Decepticons pay him enough to join, and the player gets to experience more from the character than ever before. The same can be said for his partner Blue Bacchus; the two could end up being enemies paid by enemy factions.

3 Ultra Magnus Is As Much Of A Prime As Optimus

Optimus Prime is often at the forefront regarding Autobots. While that is valid – after all, he is the iconic and quotable leader – Ultra Magnus deserves credit for many of the same qualities. He’s strong, selfless, and willing to sacrifice his own life for the greater good.

If the apocalypse setting suggests anything, it’s that Optimus Prime is potentially gone, which makes Ultra Magnus a prime candidate to be the new leader of the Autobots. If Galvatron is introduced as a villain, their rivalry would make for a strong story in Transformers: Reactivate.

2 Onslaught Is Arguably Scarier Than Megatron

The Combaticons are a more overlooked faction in the Transformers franchise, with Onslaught as their leader. Even the evilest of Decepticons are afraid of getting on Onslaught’s bad side due to his sinister nature. Onslaught doesn’t often get his hands dirty, but he is a master tactician, making him even more dangerous if he has someone as a target.

If Insecticons can potentially join the fight in Transformers: Reactivate, so can Combaticons. Onslaught could join the war after the destruction of Earth or is potentially the one behind Earth’s destruction, which, combined with his tank form, could make him a scary boss to fight.

1 Arcee Is The Best Woman Of The Transformers Franchise

Soon returning to live-action in Transformers: Rise Of The Beasts, Arcee rarely gets representation in video games. She is a character who has slowly gained more popularity over the years but not nearly as much as she deserves. It would also be refreshing to have a transgender character in Transformers: Reactivate if it takes from the IDW comics’ incarnation.

Arcee is one of the bravest Autobots who has fought alongside Optimus Prime and Bumblebee through major crises in various forms of animation. With games getting better at motorcycle mechanics, Arcee’s vehicle form may be a stand-out in the game, and her limber style would make for a more melee-based combat system.

NEXT: 10 Best LGBTQ+ Characters From The Transformers Comics