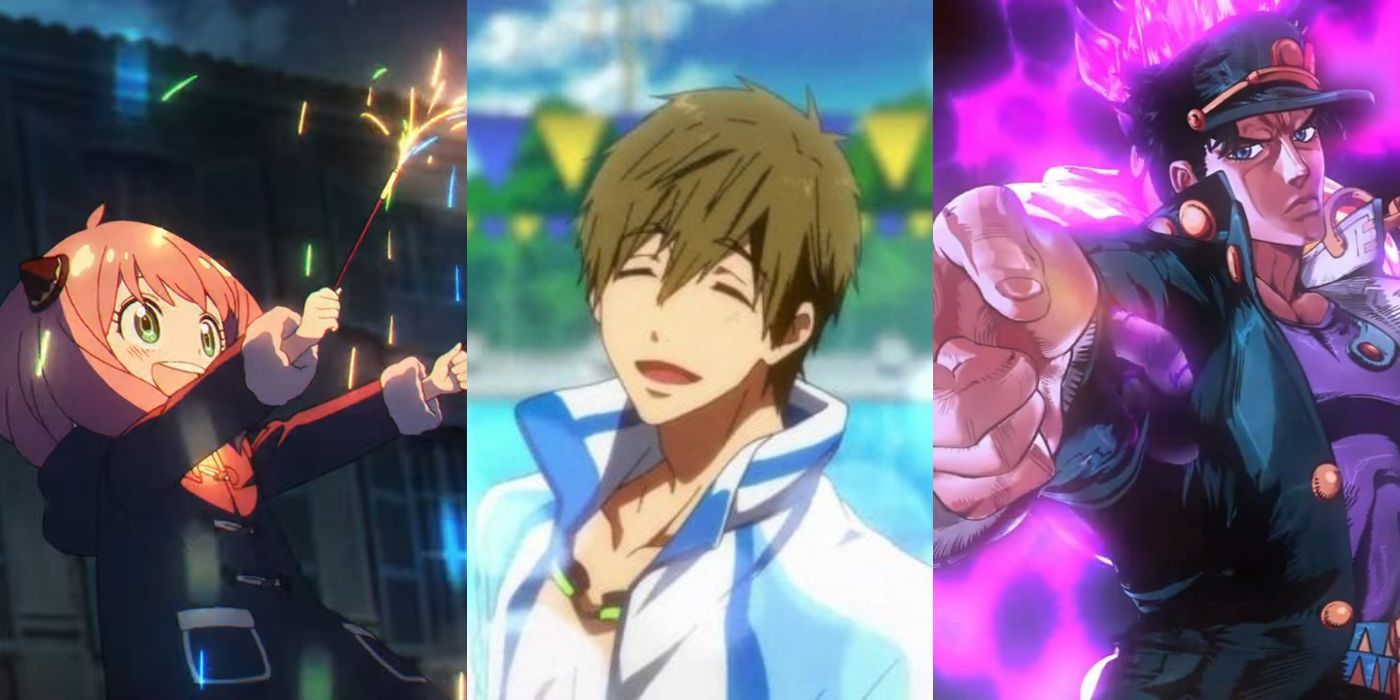 Anime openings are great indicators that set the tone for the story to come. Though they do not always stick around — especially if a show has more than one season — the subsequent songs are usually on par with the original.

Unfortunately, that is not always the case. Often, the second or other later openings to anime are sharp downgrades from the ones that came before it. They lack the proper emotion or drive that made the originals so good. These second openings may still be great, but they are nothing compared to their iconic predecessors.

10 “What’s Up People?” Does Not Have The Same Story Connection

Death Note begins as Light Yagami discovers a mysterious journal that kills people simply by writing their names on the pages. The power instantly goes to Light’s head as he starts to play god with the people of Japan. The first opening, “The WORLD” by Nightmare, encapsulates Light’s newfound ability — presenting him in many forms of Christian god-like symbolism in the visuals.

The second opening, though more unhinged, focuses less on the show’s themes and opts for a cacophonous music style that is impressive, but lacks emotional impact. “What’s Up People?” by Maximum the Hormone has the proper energy and chaos displayed in later seasons of the show, but it seems flat from a story-telling perspective.

My Next Life As A Villainess: All Routes Lead To Doom!!

My Next Life As A Villainess: All Routes Lead To Doom!! Is a hilarious show about a girl who finds herself as the villain in her favorite otome game. Katarina Claes’ well-meaning antics make for a hilarious story. The opening theme, “Otome no route wa hitotsu janai!” by angela matches the upbeat yet chaotic new life of this villainess trying to avoid slipping into the dark side.

RELATED: 15 Amazing Isekai Anime That Were Ruined By Their Endings

The second opening, “Andante ni Koi o Shite!,” is also by angela, but it does not have the same heart. It still has an upbeat rhythm, but it sounds less enticing. The first opening pulled fans in with its verve, but the second opening seems plainer.

Hyouka is a calming slice-of-life mystery show about a Literature Club that solves strange occurrences at their school. Despite its laid-back nature, the first opening, “Yasashisa no Riyuu” by ChouCho, is an uplifting song. It is not only beautiful, but it also speaks to Houtarou Oreki’s coming-of-age storyline as he learns to be a part of a friend group.

Unfortunately, the show’s second song, “Mikansei Stride” by Saori Kodama, is not quite as moving. This sequel song is fine, but it simply does not have the emotional impact that the first one did. “Mikansei Stride” is a lackluster downgrade from the heart of the original.

7 “Dried Up Youthful Fame” Does Not Inspire

Free! is a beloved swimming anime that features the Iwatobi High School Swim Club as they try to qualify for their big swimming competition. The show opens with the song “Rage On” by OLDCODEX. The song is a driving force that signifies the boys’ determination to rise to the top.

The second opening, “Dried Up Youthful Fame,” is also sung by OLDCODEX. However, this song does not have the same hungry yearning for glory that the first one did. This second song has a more mellow sound compared to the first opening, which makes it seem dull by comparison. Though both tunes are great, “Rage On” matches the show’s premise more accurately.

6 “Silky Heart” Does Not Have The Same Energy

“Pre-Parade” by Rie Kugimiya, Yui Horie, and Eri Kitamura is the upbeat and slightly chaotic opening to the anime Toradora!. Though it begins at a normal pace, the beat quickly picks up speed to the point where the lyrics become a tongue twister. The song showcases Taiga Aisaka and Ryuuji Takasu”s relationship as, like the opening, it starts slow, then takes off at break-neck speeds.

Meanwhile, the second opening, “Silky Heart,” has a calmer tone that more accurately fits the seriousness of the second season. Though it does fit tonally, there is no doubt that “Silky Heart” is not as fun as “Pre Parade.” Many fans consider this second opening a downgrade, as the first opening was so bombastic and iconic of this beloved romantic comedy series.

5 “Identity” Is Not As Powerful

The second season of The Promised Neverland disappointed fans in many ways, but the first letdown came in the opening “Identity” by Kiiro Akiyama. It is an okay opening, but it does not have the thrill and urgency of “Touch OFF” by UVERworld.

“Touch OFF” set such a great immediate sense of action that “Identity” cannot compete with it. Plus, the first opening had a more emotional impact than the second offering. Though the song is not the most upsetting thing about Season 2, it certainly did not help fans to like it more.

4 “Akatsuki No Hana” Does Not Fit The Show

Yona of the Dawn

Yona of the Dawn is a non-traditional reverse harem anime in the sense that it is set centuries in the past. It also has a heavy focus on combat and high stakes, making it a thrilling as well as romantic tale. Therefore, the very traditional-sounding first introduction song, “Akatsuki no Yona” by Kunihiko Ryo, was very fitting.

The second opening, “Akatsuki no Hana” by Cynthia, does a complete switch by having an extremely modern electronic song paired with the historical anime. The song is catchy in its own right, but it does not fit the feel and setting that Yona of the Dawn had so carefully crafted.

JoJo’s Bizarre Adventure is known for having captivating openings. “Bloody Stream” by Coda, in particular, is still a hit with fans. However, the following opening, “Stand Proud” by Jin Hashimoto, felt disappointing after such an enthralling tune.

“Stand Proud” is still a good song that matches its protagonist’s demeanor. It is quieter and more broody than its predecessor. However, there is no denying that Joseph Joestar and “Bloody Stream” have more personality — making it the better overall opening.

Spy x Family had the perfect opening in “Mixed Nuts” by HIGE DANdism. The wild guitar opening riff set the stage for a jazzy and energetic song that effortlessly played up the espionage aspects of the story while still staying fun enough to highlight the show’s more comedic points.

“Souvenir” is another great opening by Bump of Chicken, but it lacks the much-missed energy of the first opening. The second song is a lot calmer — choosing to focus more on the Forgers as a family than on their real professions. It is a sweet song, but “Mixed Nuts” is still sorely missed.

Attack on Titan is known for its incredible openings. “Guren no Yumiya” and “Shinzo wo Sasageyo” specifically are some of the most emblematic of the anime. However, the fourth opening song, “Red Swan” by Yoshiki featuring HYDE, feels like it is from an entirely different show.

The slow, melodic song hits the somber notes of Attack on Titan, but it completely misses all the intensity and action the anime is known for. The song would be powerful in a slower-paced show, but “Red Swan” feels out of place in this shonen juggernaut.

NEXT: The 10 Most Streamed Anime Openings Of All Time, According To Spotify