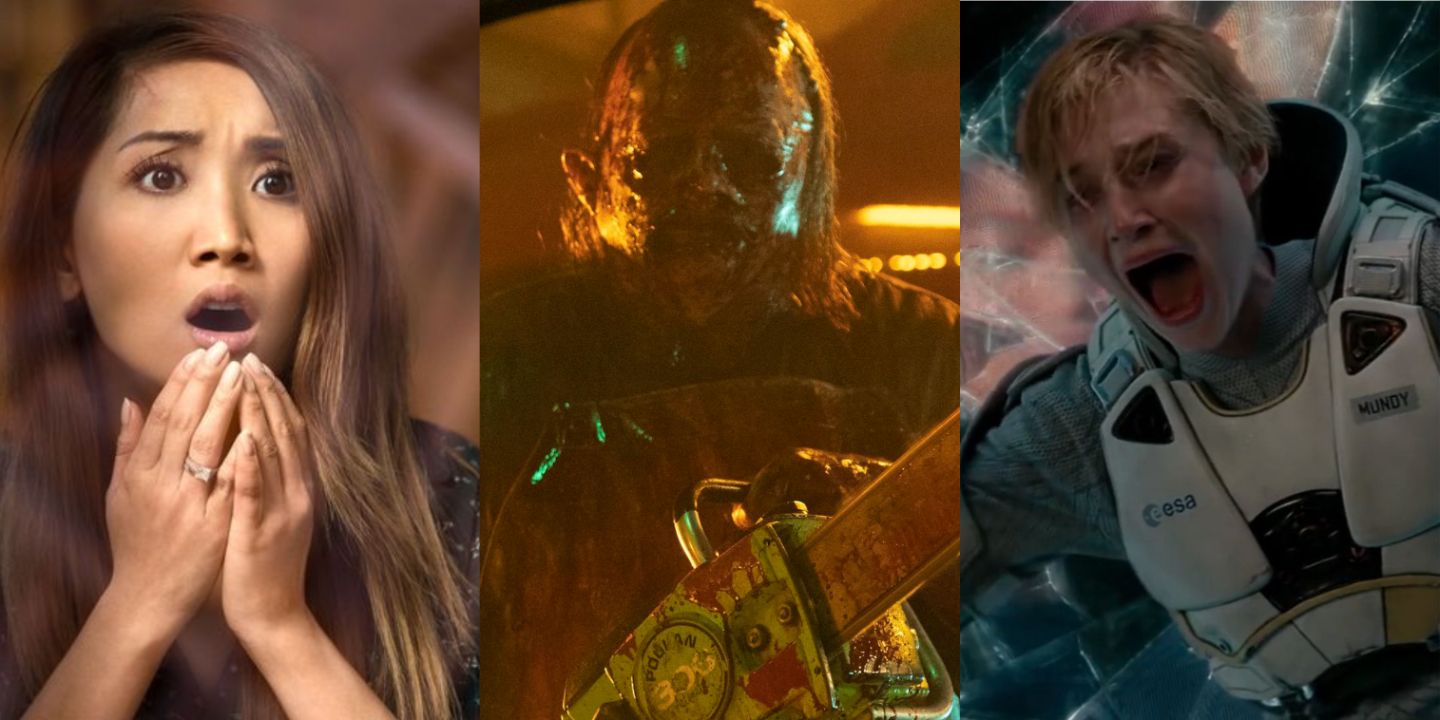 Some darker and more mature projects, like Wednesday, have recently released on Netflix and succeeded in impressing the audience. Similarly, some of the streaming service’s horror movies, such as Calibre and Hush, have received mostly positive reviews among viewers and critics. However, many Netflix Original horror films have disappointed fans of the genre.

RELATED:10 Signs Netflix Originals Are Running Out Of Steam

Despite having a few hits on the streaming service, many original horror films have failed to present an interesting plot, unique concept, or well-developed build-up. These movies didn’t impress fans or casual viewers of the genre, as seen by their low Rotten Tomatoes score.

In Death Note, which is based on the popular anime series of the same name, a student named Light finds a supernatural notebook that causes death to anyone whose name is written inside. Light becomes obsessed with this power and uses it to take out people he deems unworthy of life.

Given that Death Note is one of the best psychological anime, it’s no surprise that some fans were disappointed with a live-action adaptation. The movie failed to entertain audiences, as it had a boring and underdeveloped plot. Additionally, many were unhappy with Light’s characterization and how the film deviated from its source material.

9 Cadaver Was Unoriginal And Predictable

Cadaver is a Norwegian horror movie that’s set in a post-apocalyptic world where lower-class families are starving and freezing to death. One family thinks they’ve gotten the opportunity of a lifetime when they are invited to a high-class dinner with a show. However, things turn dark, and their daughter goes missing.

RELATED: 13 Good Thrillers On Netflix That You’ve Never Heard Of

Though Cadaver isn’t the worst post-apocalyptic horror movie in the genre, it lacked depth and failed to bring anything new to the table. The performances are meritable, but that’s about the only upside to this typical gory, violent horror.

2022’s Texas Chainsaw Massacre is a modern adaptation of one of the most gruesome horror franchises ever. In this version, a group of young entrepreneurs heads to a remote town they’ve just purchased to start a quirky business venture. They accidentally stumble upon Leatherface’s childhood home, which ensures his wrath.

While the original Texas Chainsaw Massacre is so disturbing that viewers shouldn’t watch it alone, this rendition falls way below the bar the original movie set. The harshest critics labeled it a complete disgrace to the original, while nicer reviews simply labeled it as boring and uninspired.

7 Choose Or Die Failed In Execution

Choose or Die is a modern depiction of a haunting, and the film utilizes technology as the bringer of a curse. In this plot, a coder opens an ’80s survival game that unleashes a deadly curse, forcing her to make decisions that have fatal results.

Choose or Die‘s interesting premise had the opportunity to revolutionize modern horror, mixing the tropes of curses, deadly games, and haunted technology. Unfortunately, it failed in execution and gave viewers a confusing and poorly-crafted plot that left them more frustrated than frightened by the end.

6 Rattlesnake Lacked Substance To Carry The Length Of The Film

Rattlesnake is a multi-layered conflict that involves both magic and natural threats. In this story, Katarina’s daughter Clara is bitten by a rattlesnake but is aided by a strange woman, who miraculously gets rid of the bite. However, in return, Katarina is forced to perform a deadly act or else lose she will lose her daughter.

While some critics found Carmen Ejogo’s performance admirable in Rattlesnake, the plot lacked enough substance to carry the story. Though it’s not the worst Netflix original horror, Rattlesnake fails by giving the audience exactly what it promised and nothing more.

5 The Silence Was A Cheap Knockoff Of A Quiet Place

The Silence begins when the world is being attacked by mysterious, bat-like creatures that hunt their prey by sound. The movie follows 16-year-old Ally, who lost her hearing a few years before, and her family as they seek refuge from the terrifying monsters.

The Silence is based on a short story with a unique premise, but it failed to impress the audience, especially as it was released shortly after A Quiet Place. The central cast gave incredible performances, but The Silence inevitably landed among the other niche-targeted movies that fail to keep the audience engaged.

4 Ghost Lab Was Trying Too Hard

Ghost Lab is a Thai comedy-horror film that focuses on two doctors who have a shocking supernatural experience. Following this discovery, they become determined to prove the existence of ghosts by investigating and performing scientific studies.

Ghost Lab was moderately entertaining for some viewers who thought the premise was interesting and offered something new to the paranormal genre. However, many critics noted that it falls far below the terror of the best spiritual horror movies. The effort to create an outlandish story was commendable, but the movie couldn’t find its place in either the horror or comedy genre.

3 Secret Obsession Was Not A Secret At All

Secret Obsession follows a woman who gets hit by a car while escaping an assailant. As a result, she loses her recent memory. Though she can’t remember getting married, she goes home with her supposed husband. When he begin to act strangely, she wonders if the stories he’s been telling her are the truth.

While Secret Obsession didn’t have the most unique concept to begin with, the title and trailer to this Netflix original took away any promise of mystery. Not all psychological thrillers have to reinvent the genre, but this storyline didn’t impress because it relied too heavily on clichés.

2 The Cloverfield Paradox Was Rife With Clichés

In The Cloverfield Paradox, a crew aboard a space station finds themselves alone when a scientific experiment causes Earth to disappear. When a space shuttle appears, any hope of finding friendly faces is lost.

One of the most prominent aspects of the Cloverfield original was the thrill and danger of the invading aliens. On the other hand, The Cloverfield Paradox tried too hard to find a scientific explanation, so the storyline suffered. Audiences felt particularly frustrated with this dragging plot, making it one of the worst Netflix original horror movies.

The Open House opens with the sudden death of a father, leaving a mother and son distraught and in a desperate financial situation. As such, they decide to move to a friend’s vacation house while it’s in the process of being sold. Shortly after, the son begins noticing strange and threatening occurrences.

Unfortunately, The Open House is an uninspired film with little build-up. Additionally, the generic and predictable ending was the final nail in this movie’s coffin. The Open House received scathing reviews from critics and audiences alike, making it the worst Netflix original horror movie to date.