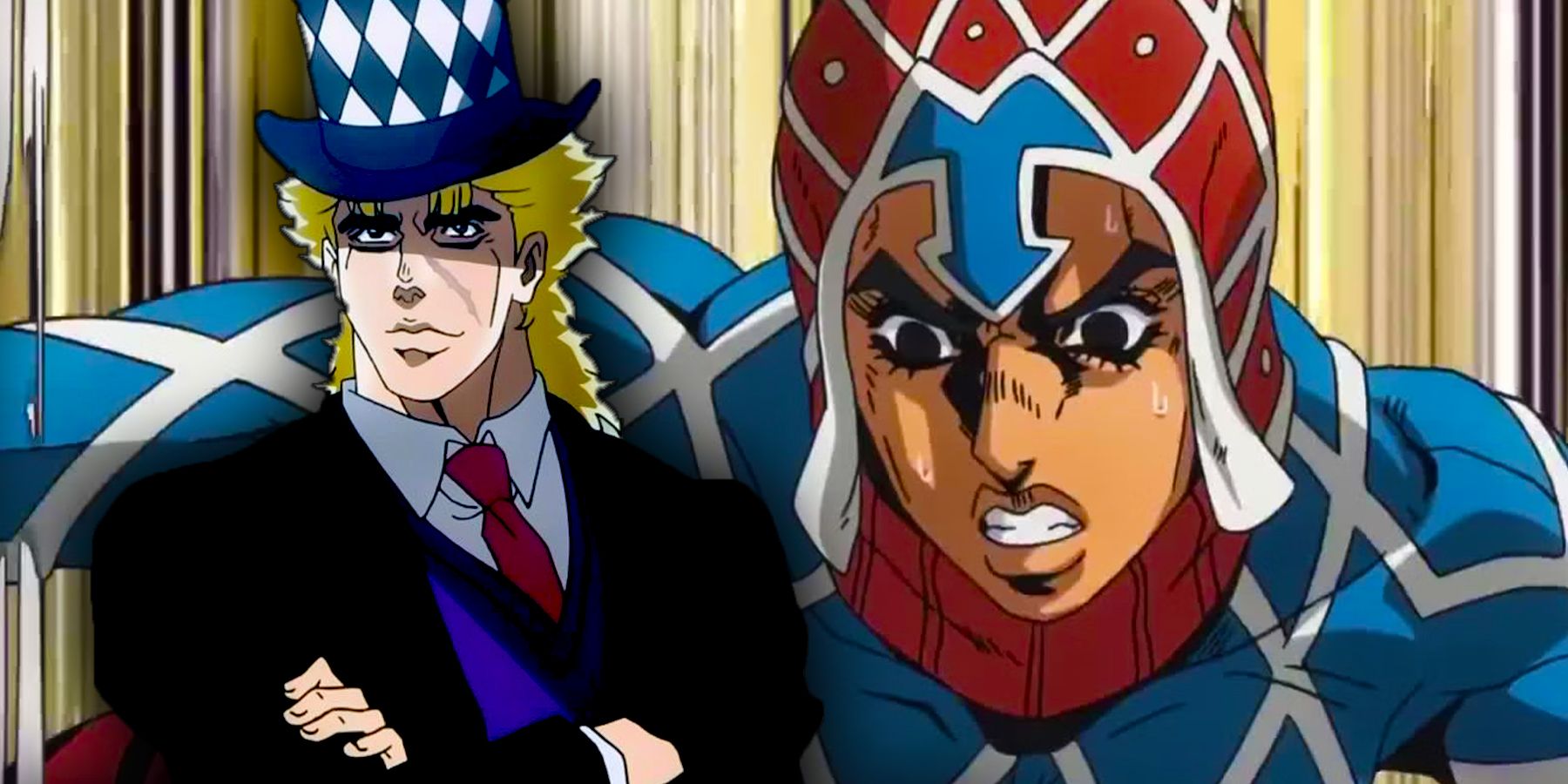 It is a well-documented phenomenon in the JoJo’s Bizarre Adventure universe that many characters, both hero and villain, will die before the conclusion of the story. The casualties sustained only accelerate toward the end of the narrative, with some parts killing off more characters than they spare.

However, a few JoJo’s characters have miraculously survived their arcs even if it made the most sense for them not to. By analyzing those that had uncannily dodged death, fans can determine the lucky few that were gifted with plot armor, juxtaposing them with those who weren’t.

Updated on January 19th, 2023 by Sarah Martin: There are plenty of characters in Jojo’s Bizarre Adventure who, realistically, shouldn’t have lasted as long as they did. Whether it’s because they went past their expiration dates or survived an otherwise fatal injury, these characters were only protected from death’s hands by a few convenient pieces of plot armor. Since this list was published in 2021, we’ve updated it with a few more JJBA characters who beat death.

12 Jolyne’s Heart Was Turned Inside Out

Jolyne has defeated death quite a few times in Jojo’s Bizarre Adventure, just like how all of the previous Jojo protagonists have in one way or another. However, perhaps the most audacious escape from death in the series was when Enrico Pucci used his Stand to turn Jolyne’s heart inside out, but she still survived. Jolyne outsmarted the priest in a way nobody saw coming.

That’s an injury that would have killed anybody else, but not Jolyne Cujoh. Jolyne used Stone Free to turn her body into a Mobius strip to divert any damage from Pucci’s attack.

Pucci’s Stand, Whitesnake, took control over Jolyne’s Stone Free for a bit, but it was just enough time to cause irreversible damage to part six’s cast. Even though Anasui didn’t actually die during this fight, he really should have considering that Stone Free stabbed literally him through the chest and he was bleeding to death.

However, F.F. used her powers to heal him, but she died in the process. F.F.’s touching sacrifice was the only reason why Anasui didn’t die earlier on in Stone Ocean.

Okuyasu suffered a direct blast from Yoshikage Kira, ripping a massive hole in his side and killing him instantly. Though Josuke promptly healed his body, there was nothing within his empty vessel by the time he reached him.

The youth bizarrely came back to life after his brother Keicho Nijimura assured him it was not yet time. However, considering that this was never seen at any other point in the series such as throughout Golden Wind, with Giorno possessing a similar ability, his return does not make sense and is incoherent to the established universe.

9 Erina Could Have Easily Been Killed By Dio

Erina Pendleton was the betrothed of Jonathan Joestar, a fact that Dio Brando knew all too well. The twisted young man was obsessed with destroying his adoptive brother’s life by any means necessary and was even willing to abuse her before his ascension.

After being imbued with the strength of the stone mask, it would have made logical sense for Dio to come after her in order to crush Jonathan’s spirit. Failing that, he had another excellent opportunity to slay her when they shared the same cruise ship, instructing his minion to fell her at an ideal moment.

8 Anjuro’s Body Was Infused With A Rock

Anjuro murdered Josuke’s grandfather and was a serial killer nearly as malevolent as Yoshikage Kira himself. Fortunately, Higashikata was able to confront him before many other innocent people died.

Instead of slaying Anjuro outright, the Higashikata displayed an unusual level of cruelty. Josuke infused Anjuro’s body with a nearby rock, forcing him to live in a state of perpetual torment and humiliation. Though it may have ended his reign of evil, it also made an impression of Josuke that would be inconsistent with the remainder of Diamond Is Unbreakable.

7 Mista Was Only Saved By Giorno’s Stand

Mista was the maverick of Team Bucciarati and one who had participated in many of their deadliest fights. On several occasions (such as his battle against Ghiaccio and Cioccolata), he was on the precipice of death, only to be restored through Giovanna’s Stand.

However, given Mista’s reckless nature and inability to defend himself, it follows that he would be a logical target for Diavolo and his servants. Killing him would have deprived Bucciarati of his strongest offensive Stand and significantly demoralized the team. Therefore, his status as one of Golden Wind‘s only surviving heroes is especially curious.

6 Stroheim Should Have Died Fighting Kars

Stroheim was a Nazi commander and an unlikely ally to Joseph Joestar. He provided valuable assistance against the Pillar Men, only perishing off-screen well after the Battle Tendency arc had been completed.

Given that Stroheim was the only person to have attempted to fight Kars without any Hamon mastery, it makes sense that he might perish in the process regardless of how powerful his cybernetic body might be. An earlier death would have given him less opportunity to be presented as sympathetic despite his vile allegiances.

D’arby the Player accumulated dozens of innocent souls as novelties, keeping them as his dolls. Kakyoin shared their fate after his unfortunate loss against the villain, though it was expediently reversed.

Since the Player’s crimes have eclipsed many of DIO’s other minions, it would have made more sense for him to execute the man rather than punch him through the wall. By sparing his life, he allowed D’arby to keep his macabre collection — even if he would need to found another manor to appreciate it.

4 Hol Horse Shot Himself A Dozen Times With His Stand, But Survived

Hol Horse was a mercenary in DIO’s service who worked alongside Boingo in order to bring Kujo and the Crusaders to their knees. The plan he devised backfired, accidentally shooting himself with a dozen rounds of his Emperor Stand.

Considering that Horse judged his projectiles strong enough to bring down Jotaro, it follows that he should not have been able to survive them when turned against their master. However, he would live through the injuries he inflicted on himself and was last seen carried on a gurney to the hospital.

3 Polnareff Was Brutally Mutilated & Thrown Off A Cliff

Polnareff has had dozens of scraps with death that should have ended him several times over. Not only did he survive his battle with Vanilla Ice, but DIO also strangely did not bother to kill him with a single application of the World.

Additionally, Plnareffwas badly mutilated and launched off a cliff by Diavolo, smashing directly into the rocks below. Realistically, this should have done more than relegate him to a wheelchair — it should have cracked his skull open outright, ending his story well before he ever found Giorno.

2 Speedwagon Shouldn’t Have Lasted This Long

Speedwagon suffers from many of the same problems that Erina does. Though close to Jonathan, he has no Hamon of his own and can scarcely even defend himself from most physical attacks.

Dio should have a more personal interest in killing Speedwagon since he was the one to expose his fraudulence upon Jonathan’s return to the Joestar manor. Considering that Speedwagon is never far from the heroes in their quest to defeat Brando, the vampire had many ample opportunities to kill him that he should have capitalized on. Additionally, the rogue was easily the least prepared to defend himself during Santana’s attack, inexplicably surviving where dozens of hardened soldiers did not.

1 Joseph Joestar Had All Of His Blood Drained

Like Polnareff, Joseph Joestar should have been dead many times over. The clearest example comes from when he had launched Kars into space, only to plummet back to Earth on what was effectively a meteor.

Should that not have sufficiently killed Joseph, he was also drained of every last ounce of blood from DIO during their final confrontation. Considering that it was at least twenty minutes until he was given a transfusion, he should have been clinically deceased, unable to be restored.

NEXT: What Order Do You Watch JoJo’s Bizarre Adventure In? & 11 Other Questions, Answered