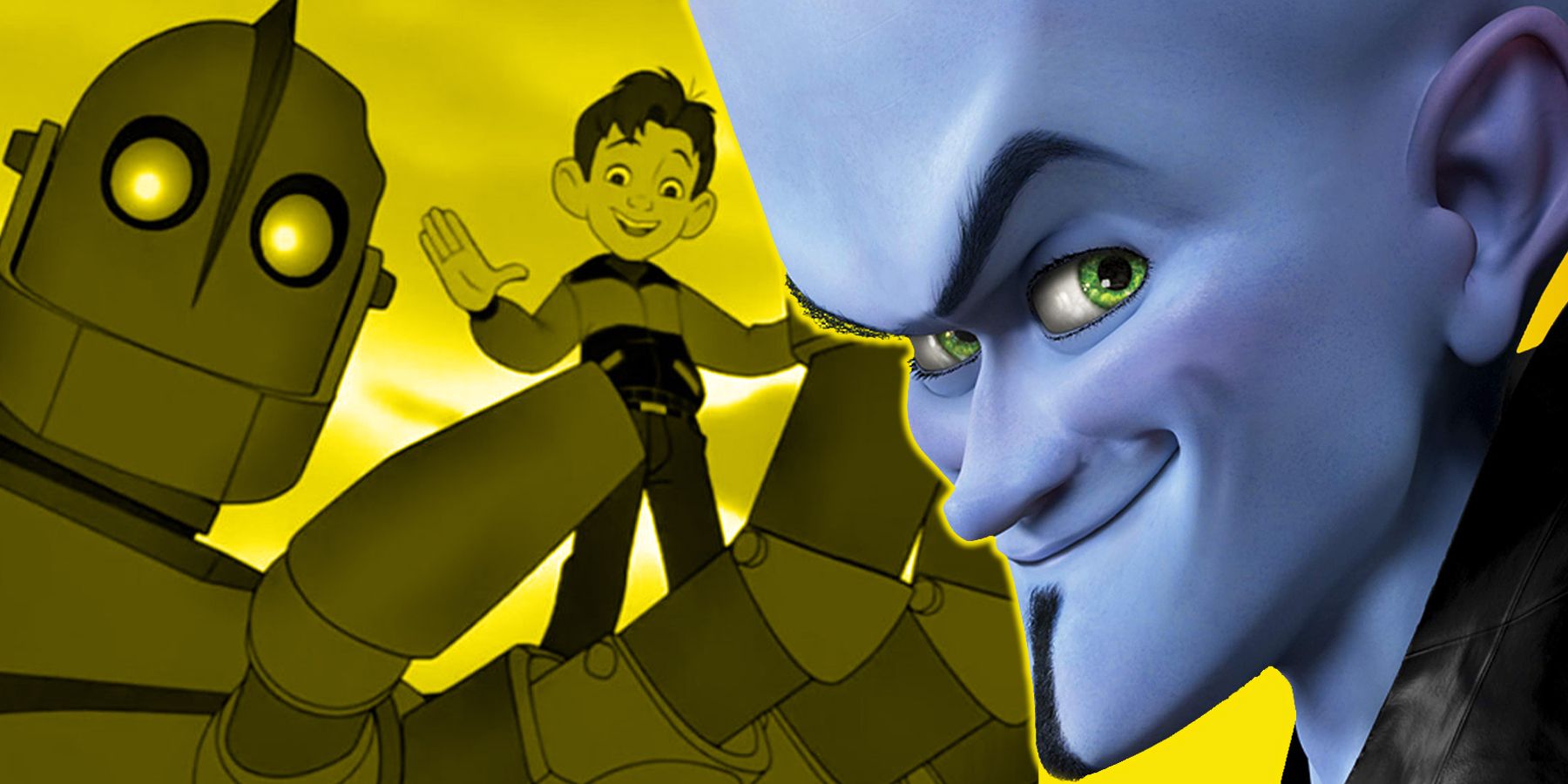 Many children are fascinated by monsters, dinosaurs, and colorful beasts. When it comes to movies, these well-designed creatures are the perfect characters to keep younger viewers engrossed. Aliens feature prominently in adult horror and sci-fi movies, but more loveable extraterrestrials are all over children’s media.

In addition, kids’ movies often have an energetic and positive tone. They clearly distinguish between right and wrong and usually explore social issues children can relate to. Storylines that incorporate aliens make things much more enjoyable and exciting for younger viewers.

Updated on January 22nd, 2022 by Mayra García: Even though more mature genres use aliens as plot devices for horror or complicated science plots, kids’ films take a more relaxed and often wholesome approach to these creatures. We have updated this list with more alien kids movies that are a must-watch.

15 Mars Needs Moms Is All About Feelings

When a secret civilization on Mars kidnaps Milo’s mother in order to make their “nanny-bots” better, the kid embarks on an adventure to save her. His journey — in which he befriends Gribble, a childish human, and Ki, a rogue Martian — helps him heal his relationship with his mother and shows the Martians a more affectionate way of raising their children.

It can be difficult to see beyond the uncanny valley appearance of all characters in Mars Needs Moms. However, viewers shouldn’t judge the movie for this. The plot of Mars Needs Moms is original, fun, and incredibly emotional. Besides, it features the voices of big celebrities, like Seth Green and Joan Cusack. Nobody should miss this alien cartoon movie.

14 Monsters Vs. Aliens Is One Of DreamWorks’ Best Movies

In Monsters Vs. Aliens, an asteroid containing Quantonium lands on Susan on the day of her wedding. Surprisingly, she makes it to the altar before rapidly growing into a giant. The colossal bride is then captured by the US government and made to join a monster team. However, the evil alien and Quantonium-obsessed Gallaxhar sends his robot probes to retrieve the precious mineral.

Many fans consider this animated sci-fi story to be one of DreamWorks Animation’s best movies. Reese Witherspoon, Seth Rogen, and Rainn Wilson hilariously voice the main characters on their quest to defend Earth against Gallaxhar’s clones and robot aliens.

13 Phineas and Ferb The Movie: Candace Against the Universe Is As Great As The Series

Set before the series finale, Phineas and Ferb the Movie: Candace Against the Universe follows Phineas and Ferb as they ally with Dr. Dofenshmirtz to save Candace and Vanessa from an alien abduction. Using the Galactic Travel-inator, a spaceship created by Doofenshmirtz, the heroes travel to Feebla-Oot, a planet ruled by Super Super Big Doctor.

Phineas and Ferbis unarguably one of the best Disney shows of the last couple of decades. It’s wholesome, often absurd, and it possesses a smart sense of humor that even adults enjoy. Phineas and Ferb the Movie: Candace Against the Universe definitely has the same vibe as the cartoon.

12 Lilo And Stitch Is A Beloved Disney Movie

Disney’s beloved animated movie Lilo and Stitch tells the story of a lonely Hawaiian girl who lives with her older sister. When they go to the animal shelter to find Lilo a companion, she mistakes Stitch for a dog. Still, she adopts the alien anyway after falling in love with his unusual behavior.

Lilo and Stich is a heartfelt tale centered around the importance of family. Even though Stitch is from a different world and was built to destroy, he bonds with Lilo and she teaches the galaxy’s most-wanted alien to care for other people. The successful original release led to another three movies in the franchise.

In Gremlins, the protagonist’s father brings home an adorable new pet he found in China, which he calls Gizmo. The alien species is referred to as the Mogwai, and before coming to Earth, the creatures were created on a distant planet to bring peace to nearby civilizations. However, this species is unstable as they produce rapidly and undergo metamorphosis before transforming into little green troublemakers.

Gremlins came out in 1984 and originally had a rating of 15, which was lowered to PG-13 months after its release. These days children are exposed to so much more, so this comedy/horror movie seems pretty tame compared to today’s standards. However, the dated classic is considered by many critics to be one of the most iconic movies from the 1980s. Many people who were children at the time still speak highly of Gremlins.

10 Chicken Little Is For Both Kids & Adults

Zach Braff stars in Chicken Little as Ace “Chicken Little” Cluck, a small rooster who gained a loser reputation after making everyone believe the sky was falling. A year after this, Chicken Little and his group of friends discover by accident that there’s an actual alien invasion taking place on Earth.

Based on the “Henny Penny” folk tale, Chicken Little features aliens as enemies, but definitely not in a scary way. In fact, these characters aren’t even the most important aspect of the movie. It’s more about Ace’s relationship with his dad. This film is wholesome enough for kids to love it but not childish enough for adults to find it boring. Even an adult could watch it more than once.

In Home, the color-changing alien race of Boov relocates all humans to the Australian outback and makes Earth their new home. The extraterrestrial protagonist Oh is voiced by Jim Parsons, who is known for playing Sheldon in The Big Bang Theory. Oh is not favored by his species and struggles to make friends, even with his positive and affectionate demeanor.

However, despite the planet-wide invasion and Oh’s pidgin English, he manages to befriend a friendly girl, Tip. The alien misfit helps her on a journey to find her mom while running from Boov patrol. Home also includes the voices of Steve Martin and musicians Jennifer Lopez and Rihanna, whose tracks are also heard throughout the movie.

Tim O’Hara (Jeff Daniels) is a news producer going through a rough patch when a Martian (Christopher Lloyd) crash lands on his town. Originally, Tim only sees the Martian as a chance to resurrect his producer career. However, they strike an uncommon friendship while a villainous governmental corporation attempts to capture the alien.

My Favorite Martian follows the misadventures of Uncle Martin, as Tim names the Martian and his humorous exploration of Earth. Lloyd’s performance as Martin is as hilarious as it is bizarre. The movie didn’t get enough success in its time, but it only takes a rewatch to see it was underrated.

7 The Iron Giant Created Nostalgic Memories For Many People

The Iron Giant is a giant robot, but he is also an extraterrestrial super-weapon, making him an alien of sorts. The movie takes place in Maine in 1957, and Hogarth finds the enormous machine in the woods in the fictional town of Rockwell.

The Iron Giant features the voices of Jennifer Aniston, Christopher McDonald, and Vin Diesel as the metal-eating invader. The story of friendship between a nine-year-old boy and a huge mechanical alien quickly became popular with kids. The Iron Giant created nostalgic memories for people worldwide and is an underrated animated movie from the ’90s.

Danny DeVito voices Swackhammer, an alien and the main antagonist in Space Jam. After hearing about the Looney Tunes, he orders his extraterrestrial accomplices to fetch the cartoon characters so he can enslave them and turn them into new attractions for his theme park on Moron Mountain. After agreeing to settle their difference over a basketball game, the aliens steal the talent of some of the best NBA players while the Warner Bros. icons kidnap Michael Jordan.

The iconic ’90s movie blends live action with animation, retaining the classic cartoons’ slapstick comedy. It’s a perfect combination that appeals to children everywhere. It may be of its time, but Space Jam remains one of the best movies for kids centered around aliens.

In Astro Kid, Willy gets separated from his parents after their spaceship gets caught in an asteroid field on their way back to Earth. His emergency pod lands on an unknown planet, and the 10-year-old is instructed to wait for rescuers with his personal survival module, Buck. Instead, Willy leaves the pod and decides to explore his new surroundings.

The unusual world is full of colorful ecosystems and foreign creatures. Willy comes across some dangerous beasts and strange-looking aliens, including Flash, a dog-like creature who joins the traveler. The protagonist is out to prove to himself and his parents that he is brave, resilient, and capable of becoming a real space explorer. Astro Kid has high ratings on critique platforms and is adored by thousands of young viewers.

Planet 51 follows a civilization of green beings living in a society similar to the US in the 1950s. However, when an astronaut lands on their home planet, the human is the alien. After landing on Planet 51, Captain Charles has to befriend the locals to evade the paranoid authorities and travel back to Earth.

The lighthearted movie makes one of the best first impressions and features likable characters voiced by Dwayne Johnson, Justin Long, and Gary Oldman. Many criticize Planet 51 for its slightly different animation style. However, because of the extraterrestrial dramatis personae, it engages young viewers, and many fans consider it one of the best animated movies from the 2000s.

The iconic movie E.T., the Extra-Terrestrial was released 40 years ago. This alien kids movie tells the tale of a young boy named Eliott who finds an alien that got left behind on planet Earth. He conceals his discovery and hides E.T. ​​​​from his mom and the public eye. The alien fulfills Elliott’s desire for a close friend, and because of their strong bond, the two eventually exhibit identical physical and emotional traits.

Although it contains some mild horror, E.T. was adored by many young viewers and still captivates audiences today. Because of its gripping narrative, relatable characters, and young protagonist, the famous film does well to keep children entertained. Many believe E.T. the Extra-Terrestrial is one of the best movies directed by Steven Spielberg.

Praised for having Disney’s first openly LGBTQ+ protagonist, Strange World follows three different generations of explorers, Ethan, Searcher, and Jaeger, who have to negotiate their expectations while exploring a different planet. As they search for a plant that could become an energy source for their people, they make amends with each other.

Strange World touches on generational trauma in a lighthearted manner and features many different alien creatures. The best example is Splat, a bioluminescent creature from Avalonia who becomes Ethan’s friend. Fans loved the character.

1 Will Ferrell Voices The Titular Protagonist In Megamind

After being sent away as a young alien, the titular evil protagonist of Megamind finds himself in Earth’s Metro City. At school, he meets his rival, Metro Man, who has superpowers and is better than him at everything and much more popular. As a result of jealousy and bitterness, Megamind soon decides he is destined to live a life of villainy. The soundtrack is filled with rock music that reflects his bad-guy personality.

Will Ferrell comedically portrays the titular alien. The movie also features an all-star voice cast, including Ben Stiller, Brad Pitt, and Jonah Hill. DreamWorks Animation tends to produce movies that can be enjoyed by both children and adults alike, and Megamind is no exception.

NEXT: The 10 Most Forgettable Disney Villains