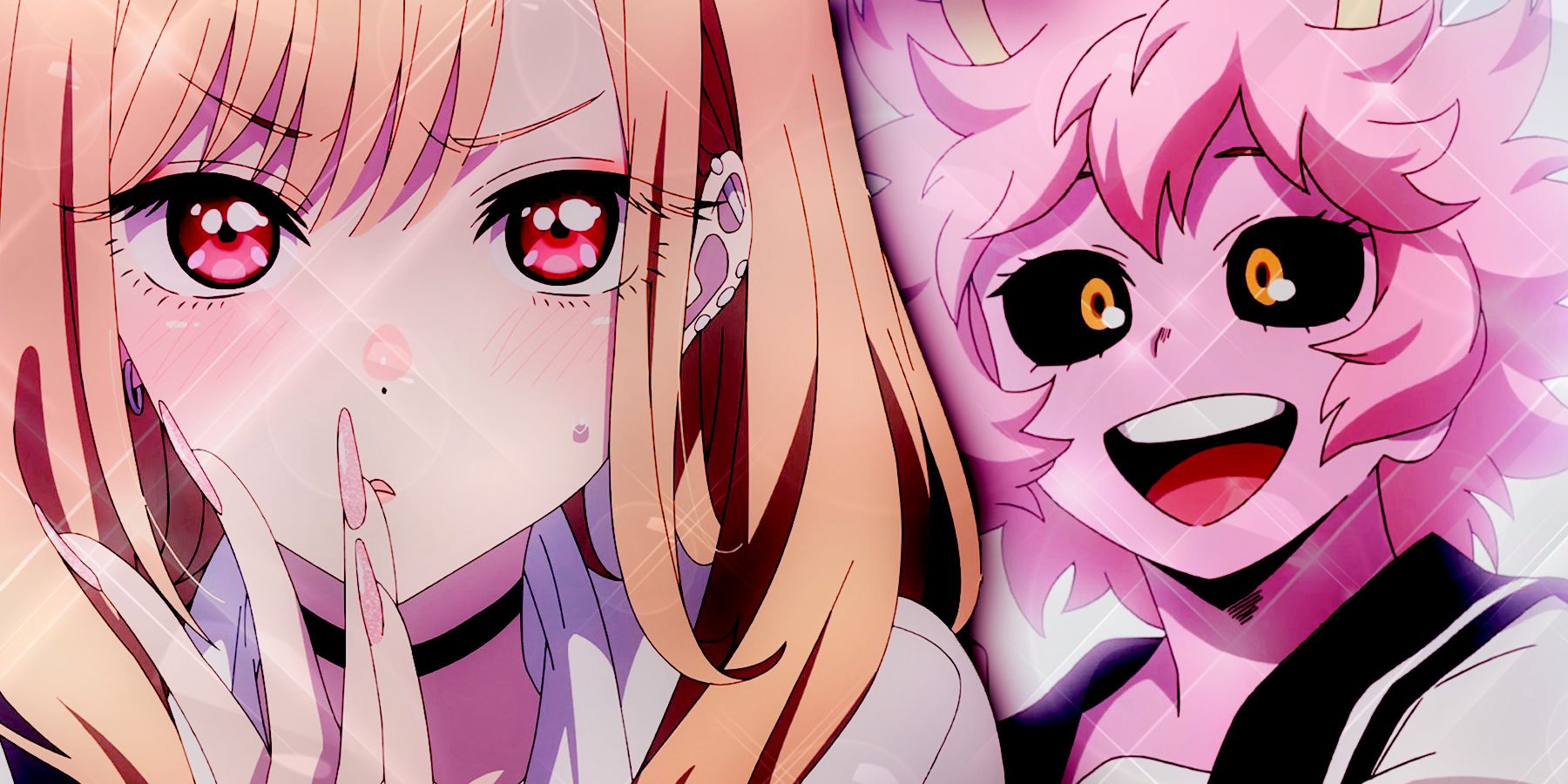 There’s nothing better than a great anime waifu. Every anime fan has at least one special girl they consider their waifu, though most have several. There are many iconic waifus throughout anime that most fans consider the best of the best. Due to the popularity of these favorites, many other potential waifus get overlooked.

RELATED: 10 Anime Characters Who Would Be A Perfect Match For MHA’s Mirio Togata

Sometimes, they come from lesser-known series, giving them little attention compared to the big-name characters. Meanwhile, others are part of the supporting cast in a popular series, but they get overshadowed by the main heroine. They may not be as popular as the rest, but these underrated anime waifus are just as incredible and deserve fans’ love too.

Updated on January 20th, 2023, by Chelsea Steele: Anime is filled with many different waifus, and while they’re all amazing, some are definitely more popular than others. With the well-known waifus dominating every fanbase, many equally lovable girls tend to go otherwise unnoticed. Though this list already covers many underrated waifus, there are plenty of others worth mentioning. As a result, it’s been updated with even more girls who deserve more love from fans.

15 Leafa Often Gets Overshadowed By Asuna

Without a doubt, Sword Art Online‘s Asuna is the number one waifu of the series, and it’s not hard to see why. She’s pretty, a skilled fighter, and probably one of the most likable characters in the franchise. However, there are plenty of other great girls in Sword Art Online who deserve recognition, too, including Leafa.

Debuting in the Alfheim arc of the series, Leafa’s one of Kirito’s main companions throughout the season. Among the many girls Kirito encounters, she’s one of the most memorable, thanks to her upbeat personality and positive outlook on life. Unfortunately, like many other girls in the series, she tends to be overlooked by fans who mostly set their sights on Asuna.

Hana Yurikawa is one of the main characters of Mieruko-chan and the best friend of Miko Yotsuya, who has recently discovered she has the power to see ghosts. Hana can’t see the spirits herself, but Miko soon realizes that these terrifying creatures are attracted to her powerful aura and cheerful disposition.

Despite the spooky entities that surround her, Hana never seems to be affected by their presence. Her bubbly personality is infectious, and her many quirks add a lot of humor to the series. She seems like the perfect waifu, but unfortunately, she’s gone mostly overlooked by fans.

13 Elma Gets Overlooked Compared To The Other Girls

Miss Kobayashi’s Dragon Maid is a beloved slice-of-life series filled with all sorts of incredible waifus. From Tohru to Lucoa to Kobayashi herself, there are many amazing girls for fans to choose from. But with so many potential waifus available, it’s only natural some would get less attention than others.

Sadly, Elma tends to be one of the more overlooked characters in the series. However, that doesn’t change the fact that she’s easily one of the cutest girls in the cast. Whether it’s her cute design, her humorous personality, or her endearing quirks, there’s plenty about Elma for fans to love, and she deserves much more attention.

12 Kagura Is The Forgotten Member Of The Sohma Family

Everyone loves the Sohma family of the beloved shojo classic Fruits Basket. However, while some family members tend to get a lot of love and attention from fans, others are overlooked. Kagura is often one of the most forgotten members of the Sohma family, and most fans either dislike her or have little to no opinion of her.

Even the series itself seems to toss her aside most of the time, mostly keeping her around for comic relief. However, Kagura is much more than that deep down. She’s a strong, sweet, and loving girl who is willing to put her own feelings aside for the sake of the one she loves, showing just how true her devotion really is.

11 Rio Futaba Is As Smart As She Is Cute

Rascal Does Not Dream Of Bunny Girl Senpai

It’s no surprise that the most popular waifu in Rascal Does Not Dream Of Bunny Girl Senpai is the series’ bunny girl heroine herself, Mai Sakurajima. However, there are plenty of other lovable girls throughout the anime who don’t get as much recognition.

Among them is Rio Futaba, a brilliant young girl who helps the main duo uncover many of the mysterious cases that unfold throughout the story. Her sarcastic nature and no-nonsense personality make her stand out from the other girls in the series and add balance to the cast overall. Though she’s quiet, serious, and hard to read sometimes, that’s just part of what makes her so lovable.

10 Komichi Akebi Is An Adorable Ray Of Sunshine

A lot of amazing anime waifus have debuted in 2022. However, not all of them have gotten the attention and praise they deserve. Many fans have overlooked the Winter 2022 series Akebi’s Sailor Uniform, writing it off as another boring CGDCT series.

However, it’s well worth a watch, if only for its incredibly adorable titular protagonist. Komichi Akebi is nearly impossible to dislike. Her cheerful demeanor and positive attitude are infectious and can put a smile on even the sourest of faces. She’s a sweet ray of sunshine and a criminally underrated new waifu.

9 Ryou Fujibayashi Gets Overshadowed By Her More Outgoing Twin Sister

There’s an entire cast of lovable girls in Clannad, and every one of them makes for a perfect waifu. However, some of them get more love than others. Ryou Fujibayashi often takes a back seat in the story, with the focus instead shifting on her spunky twin sister, Kyou.

While Kyou is a fan favorite, Ryou is usually forgotten by most fans who don’t care for her shy, soft-spoken personality. However, Ryou’s timidity is one of her best features, and it contrasts with her sister in the best way. She may not get as much screen time as Kyou, but Ryou has a lot to offer fans and is still worthy of praise.

With a cast as large as My Hero Academia‘s, it’s only natural that some great waifus will be overlooked. Unfortunately, Mina Ashido is one of the girls who tend to fall through the cracks, getting much less attention from fans than the others.

Mina is a fun, quirky, and lovable character, and when she’s on screen, it’s almost impossible not to love her. Though she’s not as popular as the main waifus, she’s easily just as amazing as they are and deserves to be just as popular.

7 Rue Is The Other Princess Of The Series

It goes without saying that Princess Tutu‘s courageous heroine is the most popular waifu in the series. However, Ahiru isn’t the only princess in this story. Rue is the beautiful, dark, and mysterious daughter of the Raven, and she fights against Tutu for the prince’s heart.

Rue may not be the heroine, but she’s easily one of the most complex and fascinating characters in the entire series. Because this anime is often overlooked by fans, Rue has become a very underrated waifu over the years. But anyone who gives this underappreciated classic a chance is sure to fall in love with her.

6 Miko Struggles To Compete With The Other Girls

Kaguya-sama: Love is War has many lovable waifus, from Kaguya herself to Chika to Hayasaka. With so many great girls to choose from, it’s almost impossible for newcomer Miko Iino to compete. Miko is meant to act as a rival in the series, causing some fans to dislike her automatically without giving her a fair chance. As a result, she’s become one of the most underrated girls in the entire series.

But Miko has a strong presence and an even stronger personality. Underneath her fierce determination, she’s got a soft side that she hides from everyone. With these traits combined, she’s got the makings of a tsundere waifu and could easily be very popular with fans.

5 Anne Has An Amazing Amount Of Strength & Patience

My Next Life As A Villainess

When fans think of their favorite waifus in My Next Life as a Villainess, they probably think of Katarina or one of her close friends, like Mary or Sophia. But, there’s one unsung heroine who’s just as wonderful as the main girls, and that’s Anne Shelley, Katarina’s ever-faithful attendant.

Anne’s one of the strongest, kindest, and most capable of the cast, with the patience of a saint after dealing with Katarina’s antics for so many years. Though she’s just a supporting character, she’s got a lot of depth to her that makes her just as compelling and lovable as the rest of the cast.

4 Onemine Gets Overlooked In Favor Of Her Quirky Classmates

Komi Can’t Communicate has a cast full of quirky and eccentric characters that make the story exciting. However, their big personalities tend to overshadow more average characters like Nene Onemine. Like protagonist Tadano, she’s somewhat of a straight man in the series, bouncing off the wackier characters to help balance out the story.

But as a result, Oneminetends to be overlooked by the fandom in favor of the others. Onemine may not be as popular as Komi or her close friends, but she’s strong, kind, and very cute, and she’s deserving of a lot more love and attention from fans.

3 Sajuna Inui Is Cute, But She Can’t Compete With Marin Kitagawa

My Dress-Up Darling has been one of the most successful new anime of 2022, and it introduced fans to one of the best new waifus to hit the scene, Marin Kitagawa. Though she’s instantly become everyone’s favorite, Marin isn’t the only cute waifu in the series.

Further in, the story introduces Sajuna “Juju” Inui, an adorable cosplay genius whose cute looks and charming tsundere traits make her just as lovable. But, since all eyes are on Marin, Sajuna has gotten very little attention by comparison, despite having all the makings of a great waifu.

There are a lot of cute girls in Demon Slayer for fans to claim as waifus, but some don’t get enough time on screen. Mitsuri Kanroji is probably one of the most underrated waifus in the series for that very reason, and as a result, she often gets overlooked by fans who prefer popular girls like Nezuko or Shinobu.

Despite her lack of presence in the series, Mitsuri is just as deserving of love as the other, more well-known waifus. As the powerful Hashira of Love, she’s the perfect waifu candidate for those who love a sweet girl with a soft heart.

1 Ram Deserves Just As Much Hype As Her Sister

Everyone knows that Rem is undoubtedly the darling of Re:Zero. Many believe she’s the best female character in the entire series, and some even feel she’s more deserving of Subaru than Emilia. She’s so popular that some don’t even know she has a twin sister named Ram. As far as underrated waifus go, Ram is definitely one of the most overlooked of any series.

Though Ram’s just as cute as her sister, most don’t give her the time of day and are far too focused on Rem to care. But Ram is actually just as great as Rem, and she deserves the same recognition. Some could even argue that she’s the better of the twins, thanks to her confidence and inner strength. Either way, Ram is a severely underrated waifu that deserves just as much love from fans.