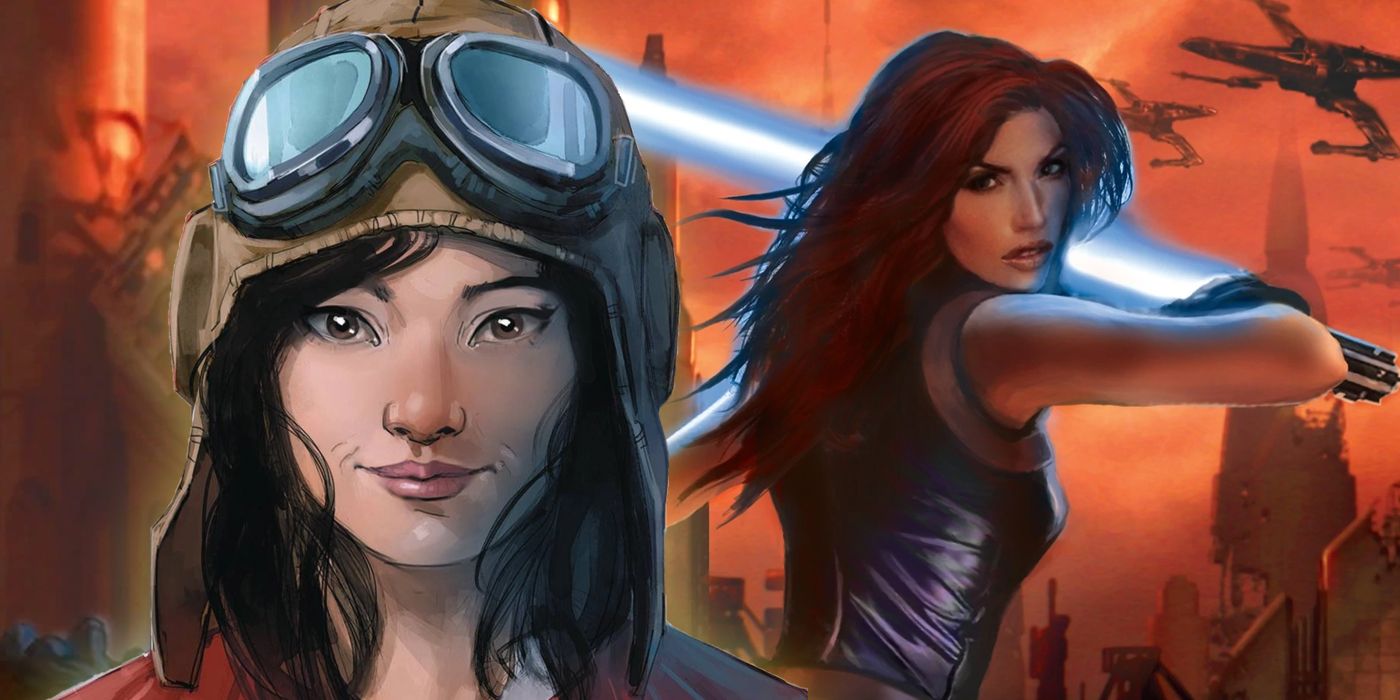 While the Star Wars universe has introduced a few strong women over the years, some of the best female characters are still somewhat underutilized.

Fans have criticized Star Wars for a lack of female characters in a galaxy far, far, away since it first hit theaters in 1977. The largely male-dominated universe only initially included a couple of memorable female characters. That slowly started to change over the years as new women appeared in the Star Wars franchise.

Unfortunately, a lot of the female characters in Star Wars are still heavily underutilized. While Princess Leia was one of the stars of the original and sequel trilogies, her story still feels painfully unexplored. New characters like Asajj Ventress and Doctor Aphra impressed fans but haven’t been able to hold on to the much-deserved spotlight.

When A New Hope first hit theaters, fans might have been confused by the fact that there appeared to only be one female in the entire universe. However, Princess Leia was a powerful and dynamic hero and leader of the rebellion who quickly made her mark on audiences.

Leia took charge of one of Star Wars‘ best escapes and inspired others to join her cause. As General Organa-Solo, she led the fight against the First Order and helped train young Rey in the sequel trilogy. Yet it always felt like the audience was missing big moments from her own training years. The life of Leia Organa-Solo was explored much more in Legends than in the actual canon.

One of the most popular “new” Star Wars female characters is the deadly lightsaber-wielding Asajj Ventress. She made her debut in Genndy Tartakovsky’s Star Wars: Clone Wars mini-series. The non-canon series predates the long-running Star Wars: The Clone Wars animated series.

Asajj Ventress appeared in both Clone Wars animated series as a skilled and deadly Sith assassin. She trained under Count Dooku, worked with Darth Maul, and held her own against the combined might of Jedi like Obi-Wan Kenobi and Anakin Skywalker. Yet Ventress seems stuck in the animated prequel era despite the live-action potential of the character.

Fans first met Padmé Amidala when she was the Queen of Naboo, though they grew to know her in disguise as one of the queen’s handmaidens. It was in this role that she first met young Anakin Skywalker, who would change her life and the galaxy forever.

Even when Padmé was the star of the prequel trilogy, the character was largely relegated to background political scenes and furthering Anakin’s fall to the Dark Side. The mother of Luke Skywalker and Leia Organa had a lot to offer the Star Wars franchise beyond her parental role, but Padmé was tragically left unexplored.

After Disney’s purchase of both Star Wars and Marvel, a new continuity of comics from superstar creators explored moments between the films in exciting new ways. New series like Darth Vader also introduced popular new characters like Doctor Aphra. She has quickly proven to be one of the best-written female characters in Star Wars​​​​​.

Unlike most of the heroic characters in the Star Wars universe, Doctor Aphra was a neutral archeologist who went rogue. She hunted down ancient artifacts with Darth Vader before ultimately turning on him. While some of Doctor Aphra’s companions like the bounty-hunting Wookie Black Krrsantan have appeared in live-action, Doctor Aphra is limited to her comic appearances.

The Star Wars Legends continuity features books, comics, and video game stories that aren’t connected to Disney’s current canon. This has resulted in the loss of quite a few popular characters, including one of the strongest women in the galaxy, Mara Jade.

The former Hand of the Emperor was one of Palpatine’s Force-trained assassins when she made her debut in Timothy Zahn’s iconic Thrawn Trilogy series. Mara Jade found redemption and love after meeting Luke Skywalker. She played a huge role in the Skywalker saga that fans have been sorely missing out on in modern continuity.