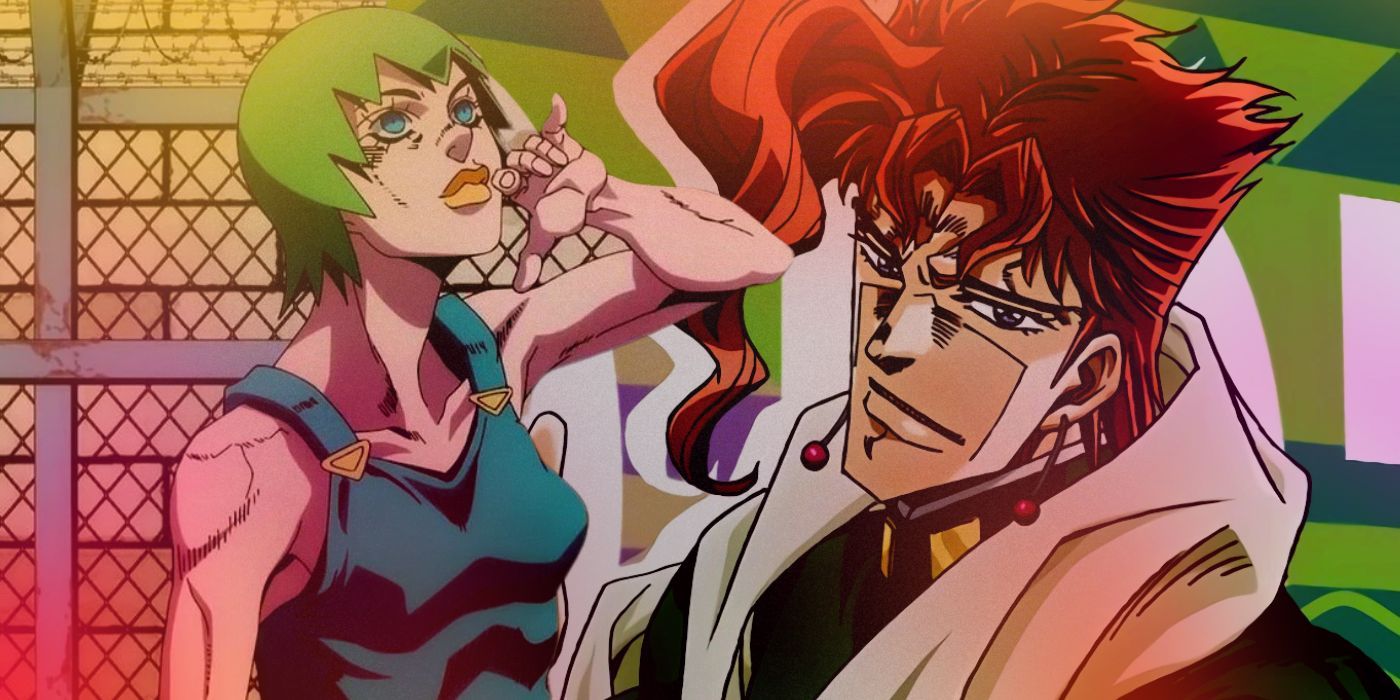 The cast of JoJo’s Bizarre Adventure wouldn’t be the same without the allies, commonly dubbed “JoBros.” It’d be hard to picture Stone Ocean without Ermes Costello or Stardust Crusaders without Avdol and Iggy. However, not every JoBro started off on the right foot with the protagonists. Some even started out as villains or allies to the part’s main antagonist.

However, they eventually came around and proved themselves heroes as they fought alongside the leads. Not every JoBro started out as an enemy, but the ones who did commonly become fan favorites because viewers appreciated their character growth and enjoyed their roles in the story.

Caesar didn’t exactly start out as a villain in Battle Tendency, but he definitely rubbed Joseph the wrong way and got on his bad side after their first encounter. Caesar also wasn’t too fond of the Joestars as a whole because of what happened to his ancestor, William Zeppeli.

However, Caesar and Joseph eventually became each other’s closest allies as they endured Lisa Lisa’s brutal Hamon training together. Even though they butted heads again before the part’s conclusion, it just made the ending that much more painful for both Joseph and the audience.

7 Stroheim’s Still A Bad Guy, But He Helped Stop The Pillar Men

Stroheim is still a pretty awful person, and he’s not exactly a legitimate JoBro, either. However, he still played a pivotal role in helping to stop the Pillar Men during Battle Tendency. He initially took an interest in the Pillar Men because he thought their biological makeup could help improve German scientific innovations.

Still, he joined Joseph’s cause after realizing the true terror of these superhumans. It could be argued that Stroheim was more worried about protecting himself and his country than actually helping Joseph, but the Pillar Men & Kars couldn’t have been stopped without him.

6 Okuyasu & Josuke Weren’t Meant To Get Along Initially

At the beginning of Diamond Is Unbreakable, Okuyasu and his brother were hellbent on avenging their father. However, they shot Koichi in the process, so Josuke had no choice but to arrive on the scene and take them on like villains. Okuyasu’s shortcomings led to him getting injured during the fight, but Josuke nonetheless healed him.

After that, Okuyasu was Josuke’s most loyal ally. Even though he’s not exactly the brightest, Okuyasu’s fighting spirit and powerful Stand helped Josuke win many fights and get closer to defeating Yoshikage Kira.

5 Speedwagon Had A Change Of Heart

During the first part, Phantom Blood, Robert E.O. Speedwagon initially wanted to fight Jonathan during their first run-in on Ogre Street. However, Speedwagon had a change of heart after hearing about Jonathan’s noble intentions of saving his father’s life.

After that, Speedwagon continued to be a valuable ally not only to Jonathan, but to every generation of Joestars after him by starting the Speedwagon Foundation. Jokingly dubbed the best anime waifu anyone could ask for, Speedwagon proved himself one of the best JoBros in the series.

Bruno was initially sent to interrogate Giorno as a suspect in Luca’s death at the beginning of Golden Wind. However, after hearing about Giorno’s ambitious dream of becoming a “Gang-Star” and why he wanted to do so, Bruno had no choice but to become his ally.

Some felt that Bruno outshined Giorno during part five. However, Bruno admitted that everybody’s cause would have fallen apart if not for Giorno’s immense resolve. Even though Bruno’s body died before the end of Golden Wind, his fighting spirit never ceased until the very end while living on the borrowed time Giorno lent him.

At the beginning of Stardust Crusaders, Kakyoin was introduced as an enemy. He attacked Jotaro at school and tried killing him on Dio’s behalf. However, it turned out that Dio implanted a flesh bud into Kakyoin’s brain. Jotaro took note and removed it with his Stand, Star Platinum.

Jotaro and Kakyoin quickly became best friends. Kakyoin joined the Joestar group’s mission to defeat Dio, partially because he felt so indebted to Jotaro for saving his life and because he wanted to get revenge on the evil vampire for taking advantage of him.

2 Polnareff Joined The Fight Against Dio

Like Kakyoin, Polnareff wasn’t an ally at the beginning of Stardust Crusaders. Even if Dio hadn’t implanted a flesh bud into his brain, Polnareff would have still been susceptible to the vampire’s manipulations considering he was so hellbent on avenging his sister, Sherry.

Even under the flesh bud’s influence, Polnareff recognized the Joestar group as honorable fighters and even refused to stab himself when Avdol lit him on fire. After Jotaro removed the flesh bud, Polnareff joined the fight and realized that he’d never get revenge on his sister’s murderer while under Dio’s influence.

1 F.F. Was Grateful For Jolyne & Ermes

When F.F. debuted in Stone Ocean, they only followed Pucci and Whitesnake’s orders to guard the disk. F.F. attacked Jolyne and Ermes for attempting to recover Jotaro’s disk, but they were no match for either of their Stands. However, Jolyne realized that F.F. needed water to survive and, despite their fight, offered them some.

F.F. felt extremely grateful and indebted to Jolyne for her kindness, quickly becoming one of her most valuable allies in prison. Even though F.F. didn’t quite understand what it meant to be human, they understood that being a valued friend felt better than a creature who mindlessly followed orders.

NEXT: What Order Do You Watch JoJo’s Bizarre Adventure In? & 11 Other Questions, Answered