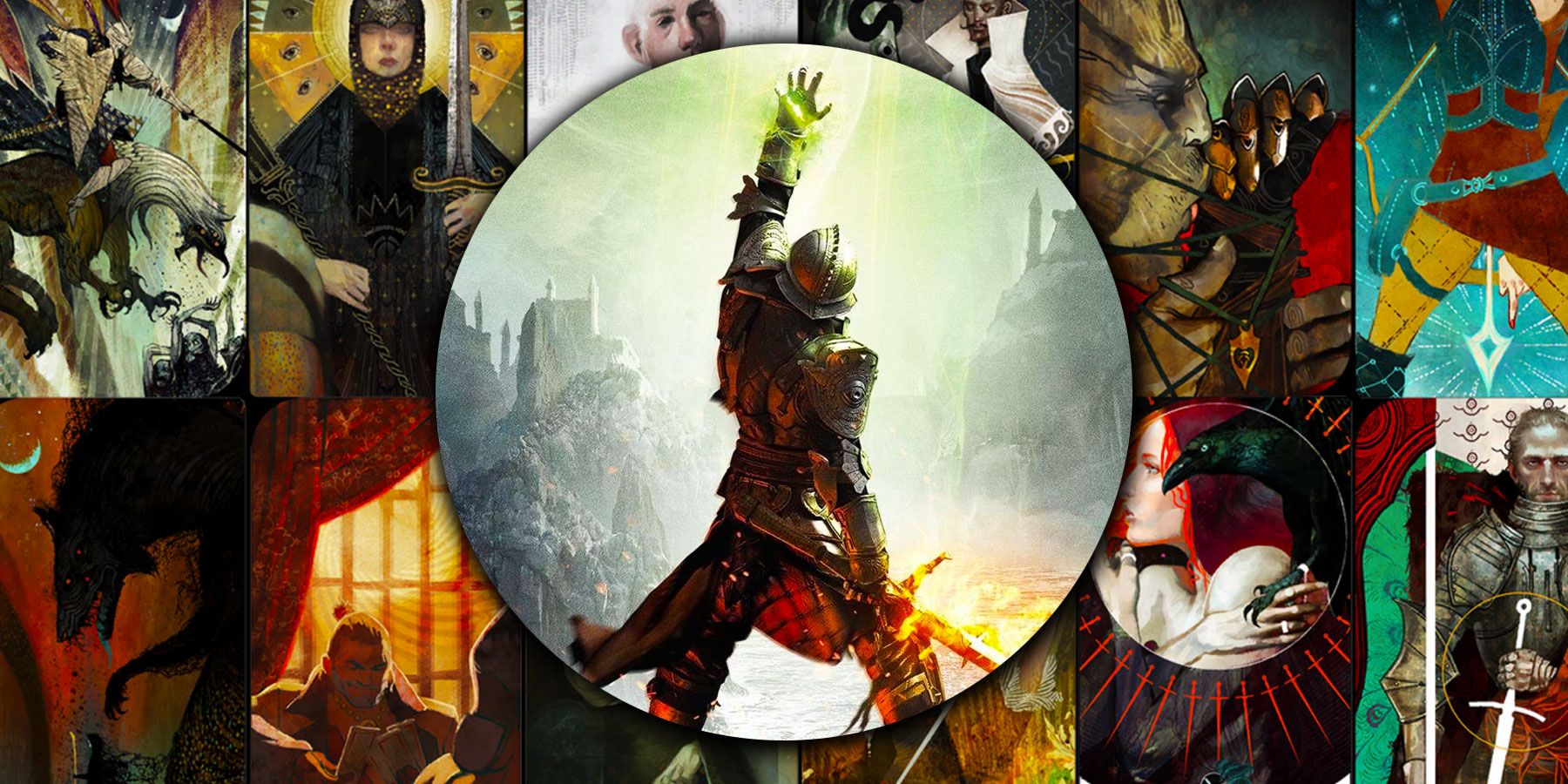 If there’s one thing Bioware does well in their games, it’s romance. From the angst-ridden tale of Hawke and Fenris in Dragon Age 2 to the ride-or-die loyalty that comes with Shepard and Garrus in Mass Effect, there’s rarely a romance considered sub-par across their extensive library.

The third installment of the Dragon Age saga, Dragon Age Inquisition doesn’t renege on any of the drama-filled romances its predecessors have delivered. In a world full of high-stakes, holes in the sky, and corrupted Magisters, there’s still plenty of room for romance.

The easily missed romance with Leliana’s lead scout, Lace Harding, is a simple but sweet coworkers-to-lovers story. By flirting with Harding whenever the opportunity arises, she eventually admits her feelings to the Inquisitor. Unfortunately, not much else happens until the Trespasser DLC. Even then, it’s only a passing comment from Vivienne that reinforces the fact Harding and the Inquisitor are together.

Most don’t consider Harding’s romance a true romantic route in-game, which is understandable due to how little content it has, but any fans of Harding shouldn’t pass up on the chance to enter into a relationship with their favorite scout.

8 Josephine Montilyet Has A Trope-Filled Story Of True Love

Available for romancing by an Inquisitor of any gender or race, a player shouldn’t miss courting Josephine if they’re a fan of a good love story full of tropes. The progression starts out strong with Leliana warning the Inquisitor against pursuing Josephine due to her “innocence in love,” and it culminates with a genuine duel for her affections.

It’s certainly one of the softer romances in the game. Unlike many others, Josephine isn’t battle-hardened or wary of being loved. She has her complications, such as her family, but she fights just as hard as the Inquisitor to make sure those problems don’t affect their relationship.

Blackwall’s shell is tough to crack, and his tale is full of angst and uncertainty. Fans of couples who must battle through hardship for their love will certainly enjoy the stoic but devastatingly loyal Blackwall, who finds himself torn between an awful lie that threatens to end his life, and living an honest life with the woman he loves. The decision he must make between betrayal and truth is difficult even without romance.

There are two endings for the Blackwall/Inquisitor pairing, and they appeal to two vastly different audiences. One is a morose tragedy and the other is a redeeming story about a changed man. Whatever ending the player chooses, both pack an emotional punch.

While Sera’s romance might seem shallow at first – with the majority of early-game interactions being based around mindless flirting – it’s actually incredibly deep. Sera will only romance female Inquisitors, but she responds differently to their race. She feels particularly uneasy around a Dalish elf character due to her own issues with her elven heritage. She also needs a high enough approval rating before officially committing to the Inquisitor due to her own issues with companionship.

The romance is full of fun, playfulness, and laughs, but it’s interspersed with moments of Sera having to try and cope with her growing feelings. It’s true that a romance with Sera won’t be for everyone, but for her fans, it’s a wonderful love story.

5 Iron Bull Knows What He Wants

The Inquisitor’s romance with Iron Bull – possible with an Inquisitor of any race or gender – is the only in-game romance that starts off purely physical. After a lot of flirtation and a personal quest, Iron Bull propositions the Inquisitor in his room, and if the Inquisitor accepts, the pair will sleep together while allowing the rest of the romance to develop later on.

The romance with Iron Bull is easygoing, comfortable, and meaningful. Iron Bull explains to the player that sex for the Qunari isn’t an act of love; however, the crafting of two matching pendants made from a dragon’s tooth is, which is perfectly on-brand for Iron Bull’s character. The romance with Bull proves it doesn’t matter how a relationship begins, it can develop into something beautiful either way. What matters the most is the connection between two people.

4 Cassandra Pentaghast Is A Romantic At Heart

Cassandra’s romance is a phenomenal revelation of how being a vulnerable, hopeless romantic doesn’t make a woman weak. Cassandra is by far one of the best fighters in the Inquisition. She’s feared by many for her skill and no-nonsense attitude, and yet, in her spare time, she blushes over romance novels and gleefully discusses their plot lines.

RELATED: The Best Written Romantic Protagonists Of All Time

She tells a male Inquisitor early on she wants a man who can “sweep her off her feet” and “properly court” her, likely due to the idea of romance she’s formed from her novels. Cassandra unashamedly wants a fairytale kind of love, and the entire story between her and the Inquisitor is incredibly dreamy – perfect for any hopeless romantics like Cassandra herself.

3 Cullen Rutherford Wants To Be A Better Person

Long-time fans of Dragon Age already know Templar Cullen Rutherford well, but for those who don’t, his friendly demeanor and sometimes nervous disposition are hiding an awful lot of trauma. A brilliant leader who’s tirelessly battled his own demons for years, his romance with a human or elf female Inquisitor delicately and expertly addresses his issues through the eyes of someone who deeply loves him.

Cullen has had problems with romance for years, notoriously running away from a female mage Warden in the original game after she flirts with him, and then believing his attraction to her allowed the blood mages to manipulate him. In Inquisition, though, he opens up to the Inquisitor regardless of her specialization, and the resulting story is one of acceptance and support.

2 Dorian Pavus Stays True To Himself

By far one of the most charming characters across the Dragon Age franchise, Dorian’s beautifully crafted romance should be experienced by everyone at least once. While Inquisitors of any gender can flirt with Dorian, only male Inquisitors can romance him.

Beneath the bravado and the magnetic charisma, the player learns that both Dorian’s sexuality and his homeland of Tevinter have been used to paint him as some sort of deviant. Constantly accused of being underhanded and using blood magic despite it being used against him to “correct” his sexual orientation, the player will only fall further in love with Dorian as they witness his struggles first-hand. Every day he battles to be a person who lights up a room.

1 Solas Falls In Love Despite The Circumstances

Solas can only be romanced by a female elf Inquisitor, making the romance easily missed. However, there’s no doubt that pursuing a romance with the man set to betray the Inquisition is going to provide a stellar story. For fans of the morally gray villains who only bleed for their one true love, Solas’ romance is an unskippable experience.

Over the course of the games, players watch Solas fall slowly and gradually in love with the Inquisitor, so much so that he barely realizes it himself. However, by then it’s too late, and the Inquisitor will find herself caught up in a Shakespearean-level tragedy. It goes without saying that Solas’ story doesn’t have a happy ending, but sometimes the best stories don’t.