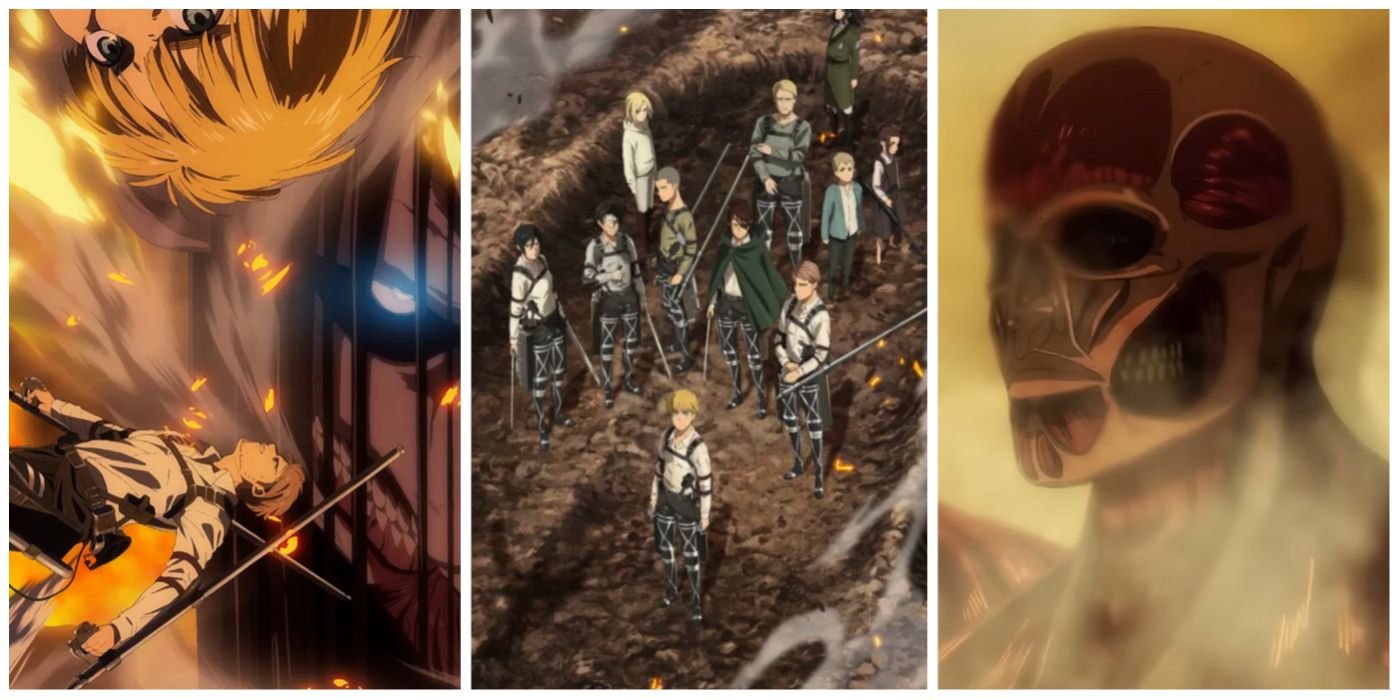 Attack on Titan has delicately displayed a vicious war between man and monster, but it’s gradually evolved into a more nuanced narrative about generational pain, betrayal, and the endless, pointless cycle of violence. The final season of Attack on Titan has elevated the anime’s storytelling to new heights, and it’s recently been confirmed that Attack on Titan Final Season: Part 3 Final Arc will be divided up into two special event episodes, the first of which will air in March.

Fans are satisfied to have some information on when Attack on Titan will begin to wrap up. However, this unconventional structure also has several advantages over a standard season of television.

9 There Won’t Be Unnecessary Filler

This left fans worried over how these remaining chapters would be adapted, many of which assumed there would need to be additional filler to bring the season up to a suitable length. The decision to pivot to two or three extended episodes instead of an eight- or 10-episode season effectively solves this problem.

It’s no secret that anime series are often subjected to grueling production schedules, and this obstacle grows even greater for studios like MAPPA, which are committed to numerous projects and are increasingly spread too thin with their staff. A standard season of television would push MAPPA to follow the same guidelines in the past, which seems to have resulted in significant burnout.

The whole reason that this two-part approach to Attack on Titan Final Season: Part 3 Final Arc is happening is so that MAPPA has more room to breathe. This strategy allows for MAPPA’s animation quality to be as good as possible without compromise.

7 It’s Easier To Negotiate The Many Characters

Attack on Titan is a series that juggles many different characters at any given time. Granted, the final season has helped concentrate the various Survey Corps, Marleyan Warriors, and Anti-Marleyan volunteer factions into one robust alliance, but there are still a lot of people to keep tabs on.

RELATED: 10 Anime Characters Who Believe That The Ends Justify The Means

An episodic approach is more inclined to focus on each of these characters in different episodes so that everyone gets their proper moment in the spotlight before Attack on Titan ends. This can also mean that some characters are ignored for multiple stretches of episodes until their big showcase. Concentrating the season into two big celebrations allows everyone to work together.

6 There’s Still The Possibility Of A Concluding Movie

Before Attack on Titan Final Season: Part 3 Final Arc was announced, there was speculation that the franchise might conclude with a feature film installment. Popular anime series like Jujutsu Kaisen and Demon Slayer have set new box office records with their cinematic installments, and it’s likely that Attack on Titan would receive similar acclaim.

It’s unlikely that a movie wrap-up is in the cards, but it’s at least a possibility through this two-part structure. It’s technically possible for a movie to conclude the events of these specials, whereas such a thing is unlikely after a full season of storytelling.

5 The Installments Can Be As Long As Necessary

Attack on Titan has previously experimented with OVA installments, and these stories receive a lot more freedom than standard television episodes. TV must fit certain parameters, both in terms of their length as well as where ad breaks are placed. The luxury of Attack on Titan Final Season: Part 3 Final Arc taking the OVA approach is that these installments can be as long as the story dictates, whether they’re both an hour in length or something more unruly.

It makes sense that each of these special episodes will adapt the two remaining manga volumes. However, Volume 33 is shorter than Volume 34, which isn’t an issue with this approach.

A full season of television can cultivate a powerful momentum, but more episodes aren’t always a successful solution. The approach that the final season of Attack on Titan is taking limits the amount of content, but this also opens the series up to some powerful parallels and symmetry.

RELATED: The 10 Most Anticlimactic Anime Deaths

One perk of dividing this final arc into two, or possibly three, installments is that they can operate as a call and response to each other. It’s easier to craft thematic parallels and satisfying payoffs in something that has significantly fewer moving pieces than a full season of television.

Attack on Titan tells a captivating story with a dense narrative, but it also covers a large span of time across many years. A significant time jump occurs before Attack on Titan‘s final season that pushes big changes for every character, especially Eren. It’s possible that the end of Attack on Titan‘s story will feature another time skip to help better illustrate what exactly has been accomplished through this ongoing war.

A radical jump forward in time can feel awkward when it happens in a random episode. However, this bifurcated approach naturally lends itself to a time jump or other seismic changes before its concluding entry.

2 They Can Be Properly Celebrated As Major Anime Events

There is no shortage of anime that become mainstream phenomena that completely capture the world’s attention for a brief period of time. Attack on Titan has always been popular, but the conclusion of a series of this magnitude deserves a proper celebration.

A standard season of television would surely get promoted, but two or three special event episodes can become true pop culture equalizers. Japan could really pull out all of the stops for these two big events and make sure that Attack on Titan goes out with the respect that it deserves.

There’s a growing trend in anime to release recap and compilation films that attempt to contain entire seasons into a condensed package. It’s not necessary for Attack on Titan to take this approach, but it’s at least something that’s possible through this special event screening strategy.

Two OVAs that are around an hour in length could easily be combined into a feature film that also includes upgraded visuals or additional scenes to deliver the “definitive” experience. This possibility is much less likely with a full season of television that would need to endlessly cut down material so that it becomes movie-length.