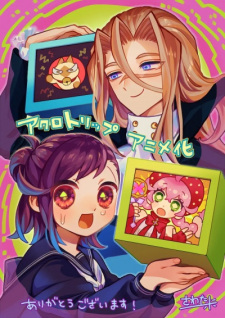 The official website of the Acro Trip television anime announced the main staff and revealed a commemorative comic promo on Wednesday. The anime is set to premiere in 2024.