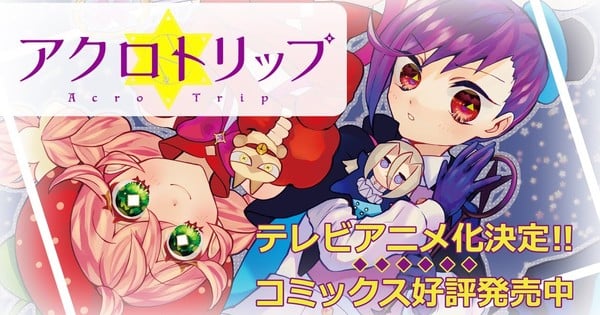 Ayumu Kotake (Pet assistant director) is directing the anime at Voil. Shinichi Inotsume (PERSONA 5 the Animation) is in charge of series composition. Toshie Kawamura (Yes! Precure 5) is designing the characters.

The comedy centers on Chizuko Date, an otaku girl who lives in a city in Niigata Prefecture. Chizuko is obsessed with Berry Blossom, the magical girl who protects the city. However, Chroma — the leader of the local evil organization Fossa Magna — is inept and weak, so hardly anyone else cares about Berry Blossom and Chroma’s frequent battles anymore. Chizuko vows to shine a light on the magical girl’s exploits — and this fervent desire takes this seemingly shy middle school girl down a dark path filled with strange folks …

Sawata launched the manga in 2017 in Shueisha‘s Ribon magazine, and the series ended in the magazine’s January 2023 issue on December 1. Shueisha published the manga’s fifth compiled book volume on Wednesday.