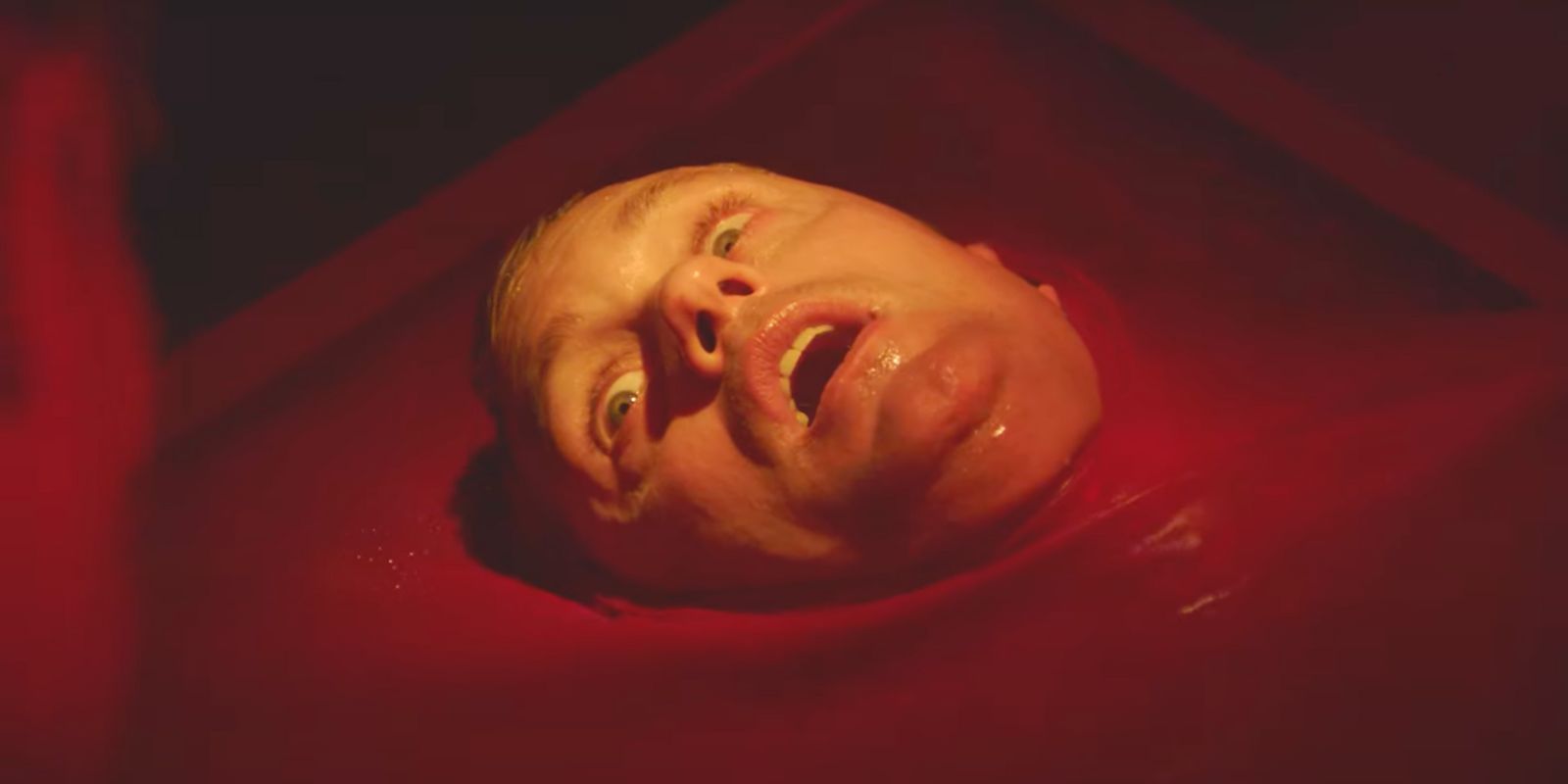 Being breastfed by Mia Goth was as unusual an experience for Infinity Pool star Alexander Skarsgård as it was for the Sundance audience to witness.

According to The Hollywood Reporter, there were no walk-outs when Brandon Cronenberg’s new film Infinity Pool premiered at the 2023 Sundance Film Festival. Still, the images presented in the third directorial feature from the son of acclaimed body-horror master David Cronenberg left many viewers shaken. According to Skarsgård, making the scene in question was an equally unique experience. Asked about the most memorable day of shooting, he replied: “Fighting a naked version of myself to the death and then being breastfed by Mia, that’s not something you get to do very often as an actor.”

RELATED: The Northman’s Alexander Skarsgard Was More Terrifying in This 2011 Thriller

The cut of the film shown at Sundance carried an NC-17 rating, although it will be released to theaters in an R-rated version. According to all involved, the breastfeeding moment was not the film’s only potentially controversial and challenging scene. “We had an intimacy coordinator…because God knows there was a lot of intimacy that needed coordinating,” co-star John Ralston said at Sundance. “It was a wonderful world of prosthetics and seeing what was created. And what could come out of different orifices. So the artistic element was quite lovely.”

Skarsgård maintained he never had any reservations about making the film. While he joked that he initially only took the role because the movie was shot at a sunny resort which made a nice contrast to shooting The Northman, he made it known how much he was drawn to the script that stuck out from the “conformity and monotony” he often experienced when reading screenplays. Goth, who had her breakout role as horror anti-heroine Pearl in X, seconded her co-star’s excitement over the script, which was written by Cronenberg. “All these characters were free and unhinged, and the fact that I was able to continue exploring these really wild characters felt like a real gift. It was an immediate yes.”

Infinity Pool revolves around a writer (Skarsgård) who is sentenced to death over a hit-and-run accident in a fictitious foreign country. However, he has the opportunity to have a clone executed on his behalf. He and the decadent crowd surrounding him become obsessed with this system, committing increasingly more excessive crimes while their doubles pay the price. Skarsgård can next be seen in the thriller The Pack, while Goth is set to complete the X trilogy of horror films with the upcoming MaXXXine.