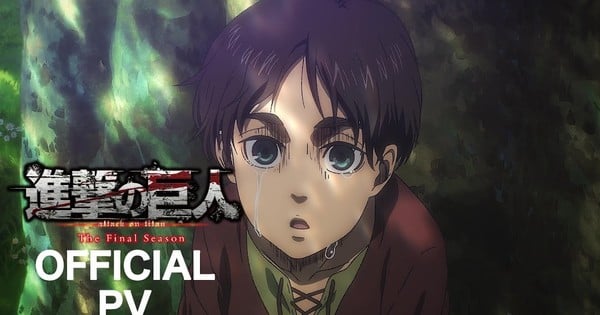 NHK announced on Tuesday that the Attack on Titan The Final Season Kanketsu-hen (Attack on Titan The Final Season Part 3) anime will air in two parts. The first part will air on March 3 at 24:25 (effectively March 4 at 12:25 a.m.), and the second part will air later in 2023. NHK has not confirmed the length of each part, but it lists the March 3 airing as a “special broadcast,” which hints that each part might be an anime special instead of multiple episodes.

Pony Canyon is streaming a trailer for the anime.

A special seven-part compilation anime will air on NHK for three consecutive nights starting on February 25.

The Attack on Titan The Final Season anime premiered on NHK in December 2020 and aired for 16 episodes. Funimation and Crunchyroll both streamed the anime with English subtitles. Adult Swim‘s Toonami programming block began airing the anime in January 2021, and Funimation began streaming an English dub in the same month.

Attack on Titan The Final Season Part 2 premiered with episode 76 on the NHK General channel on January 9, and aired for 12 episodes. Crunchyroll and Funimation streamed the second part as it aired in Japan.

Hajime Isayama launched the original Attack on Titan manga in Kodansha‘s Bessatsu Shōnen Magazine in 2009, and ended the series in April 2021. The manga’s 34th and final volume shipped in June 2021. Kodansha USA Publishing released the manga in English digitally and in print, and released the 34th volume in October 2021.