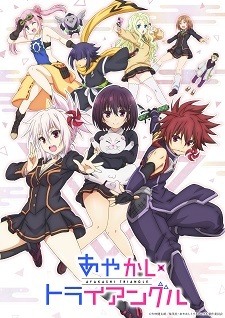 The official website of the Ayakashi Triangle television anime announced on Monday that episode five and beyond will be delayed due to the effects of COVID-19 on the production.

The third and fourth episodes are still scheduled to air on Tuesday and next Tuesday (January 31), with the first four episodes re-airing beginning February 7. The broadcast dates for episode five and beyond will be announced on the anime official website and Twitter in near future.

The production delay has also impacted the home video release, with the first Blu-ray and DVD delayed from March 29 to September 27. The second to sixth Blu-ray and DVD volumes are now scheduled for release from October 2023 to February 2024.