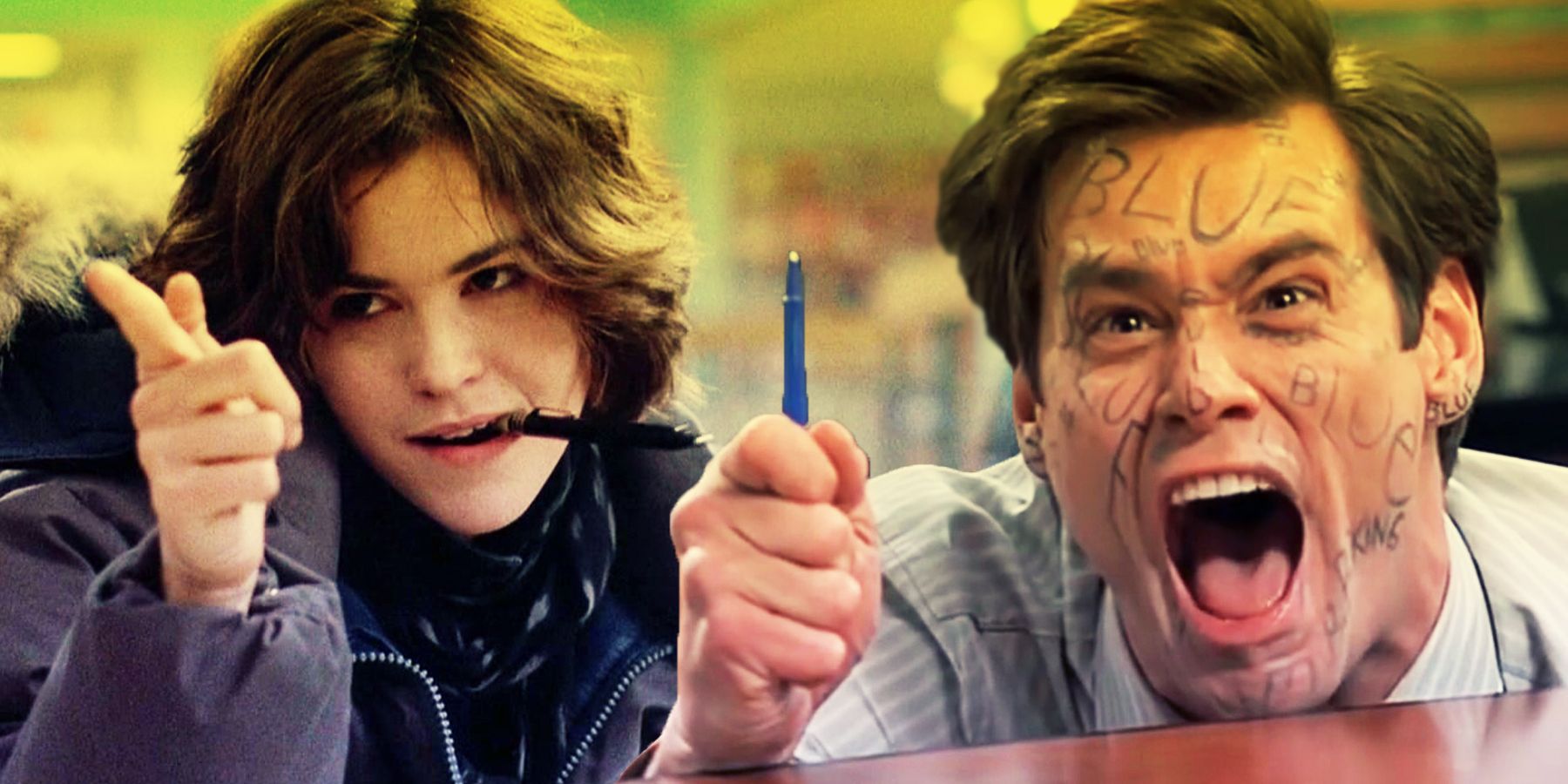 Hulu features one of the strongest and most expansive libraries of all the streaming services available to viewers at the moment. This vast catalog includes classic films, fan-favorite shows and even droves of original programming that can keep viewers busy for endless viewing hours.

Hulu has a number of great comedies in its library, and viewers have many to choose from. Whether viewers are looking for a screwball comedy, comedy-drama, or romantic comedy, Hulu has them covered. The streaming service has even produced some great original comedy films that have already become classics in their own right.

10 Happiest Season Is One Of The Best LGBTQ Romantic Comedies

Happiest Season stars Kristen Stewart as Abby, who goes to her girlfriend Harper’s family home for Christmas. The problem? Harper has not come out to her family yet. This leads Abby to question Harper and their entire relationship.

Happiest Season features an all-star cast including Dan Levy, Aubrey Plaza, Mackenzie Davis, Allison Brie, and Victor Garber. It was received positively and was praised for its LGBTQ-driven story. Happiest Season won a GLAAD Media Award for Outstanding Film in 2021.

9 The Breakfast Club Is The Quintessential 80s Movie

An 80s classic, The Breakfast Club follows five high school students who spend a Saturday in detention together. Over the course of the day, they find out that they have a lot more in common than they think despite all being from very different backgrounds in the world of high school.

Written and directed by John Hughes, The Breakfast Club is often considered the quintessential 1980s film. It made the careers of its five stars: Judd Nelson, Molly Ringwald, Ally Sheedy, Emilio Estevez, and Anthony Michael Hall, otherwise known as the “Brat Pack.”

The Internship stars Owen Wilson and Vince Vaughn as two middle-aged, recently laid-off salesmen who take internships with Google. They do their best to compete with the younger generation and their technologically advanced skill sets. The film costars Rose Byrne, Dylan O’Brien, Aasif Mandvi, and Josh Gad.

The chemistry between Wilson and Vaughn is strong, much like in their previous film together, Wedding Crashers. It features many comedic moments such as the pair’s interview, an intense Quidditch match, and even inspiring speeches relating to the film Flashdance. Real-life Google employees have stated that the company culture in the film was accurate.

The 40-Year-Old Virgin follows Andy, an employee at an electronic store who has been a virgin his entire life. When his coworkers find out, they conspire to help him finally lose his virginity. What follows is one hilarious issue after another while Andy tries to accomplish his goal.

The 40-Year-Old Virgin jump-started Steve Carell’s career as a leading comedic actor. Director Judd Apatow cast Carell based on his performance in Anchorman: The Legend of Ron Burgandy and Carell played Andy with the perfect mix of well-meaning and crude humor.

6 Enough Said Was One Of James Gandolfini’s Final Roles

Enough Said follows Eva (Julia Louis-Dreyfus), a masseuse who begins a relationship with Albert (James Gandolfini). She finds out that Albert is actually the former husband of her friend/client Marianne (Catherine Keener), complicating their relationship.

Enough Said was one of the best-reviewed films of the year, and currently holds a 95% on Rotten Tomatoes. Gandolfini tragically passed away before the film was released, and received a posthumous SAG Award nomination for Outstanding Performance by an Actor in a Supporting Role. Louis-Dreyfus received a Golden Globe nomination for her performance in the film.

The Proposal finds Margaret Tate (Sandra Bullock), a Canadian, facing deportation after her visa renewal was denied. She devises a sham marriage with her assistant Andrew (Ryan Reynolds) in order to stay in the United States, and gets roped into going to his family’s hometown in Alaska to have the wedding. Along the way, the two develop real feelings for one another.

RELATED: The 10 Best Hulu Original Movies, According To IMDb

The chemistry between Bullock and Reynolds was off the charts, and Bullock was nominated for a Golden Globe for her performance. The supporting cast also shines in this film, including a great performance by comedy legend Betty White as Andrew’s grandmother Annie.

Liar Liar stars Jim Carrey as Fletcher Reede, a lawyer prone to quite a bit of lying. After his son makes a birthday wish that his dad cannot lie for a day, it suddenly comes true. Fletcher’s inability to lie turns his life upside down, and he struggles in his relationships as well as at work in court.

Carrey gives a memorable comedic performance as Fletcher and was nominated for a Golden Globe Award for Best Actor, Musical or Comedy, in 1998. Carrey previously collaborated with director Tom Shadyac on Ace Ventura: Pet Detective and then later on Bruce Almighty.

3 Shanghai Knights Builds On The Success Of Its Predecessor

Shanghai Knights, the sequel to Shanghai Noon, has Jackie Chan and Owen Wilson returning as Chon Wang and Roy O’Bannon in this buddy comedy that takes place in 1887. The pair reunite after Chon’s father is murdered, and they look to bring the killer to justice. They head to London, where Chon’s sister Lin is doing an investigation of her own.

Hot on the heels of Rush Hour’s success, Jackie Chan solidified himself in the buddy comedy genre. Shanghai Knights is filled with many comedic moments including the characters unknowingly crossing paths with famous historical figures, Chon fighting enemies set to Singin’ in the Rain, and parodies of contemporary movies.

2 The Way Way Back Features Steve Carell Against Type

The Way Way Back follows Duncan, a shy 14-year-old kid who goes on summer vacation with his family to his mother’s boyfriend’s beach house. He meets and befriends Owen, the manager of the local water park, and begins to come out of his shell.

The Way Way Back‘s cast all give strong performances, and it currently holds an 83% on Rotten Tomatoes. One change of pace for a comedy film was seeing Steve Carell take on a villain-type role. Playing the role of Duncan’s mother’s boyfriend, Carell brings a real element of malice as he constantly belittles Duncan across the film.

Zombieland finds the world in a post-apocalyptic state after a zombie virus sweeps through humanity. Columbus (Jesse Eisenberg) travels across the country and crosses paths with three strangers, played by Woody Harrelson, Emma Stone, and Abigail Breslin, and they unite to survive.

Zombieland was praised for mixing humor and zombies well, as well as its unique approach to telling the story. Columbus has a set of rules that one must follow in the apocalypse, and they are shown to the viewer throughout the film. It features one of the all-time great cameos in film when the group comes across actor Bill Murray in Los Angeles. A sequel, Zombieland: Double Tap, followed ten years later.

NEXT: Best Comedy Movies To Watch On HBO Max