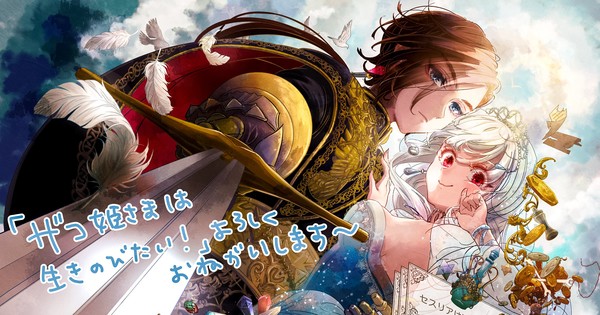 The manga centers on Ceculia, a princess who is disliked by those around her for her appearance. While attending a party, she suddenly remembers that she is in a game world called Resonant Fantasia. She remembers that she was a high school girl and an avid player of the game in her past life, and also remembers that Ceculia will be executed in three years time in the game’s story. To avoid her grim fate, Ceculia will need to call on her formidable gaming skills, and use her guile for “hime play,” an MMO slang term for using a girl avatar’s cute or beautiful appearance to get male players to protect and give items to you for free.

Kogeta is credited for the original work, Koba for the composition, and Omiomi for the art.

Koba and Natsuko Uruma launched the Can’t Stop Cursing You (Dareka wo Norowazu ni Irarenai kono Sekai de) manga on Square Enix‘s Manga UP! app and Gangan Online website in 2019, and ended it with its fourth volume in April 2022. Yen Press is releasing the manga in English.