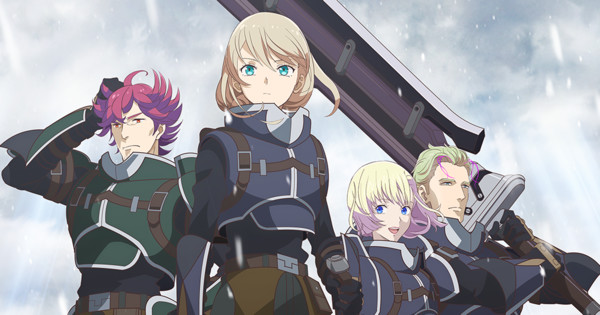 The cast returning from the games’ English dub includes:

The staff for the dub includes:

The anime premiered in Japan on January 6. Crunchyroll is streaming the anime worldwide outside Japan.

Hidekazu Sato (Aquarion Logos, Basquash!, The Slayers Next) is directing the anime. Mina Ōsawa (The Strongest Sage With the Weakest Crest) is designing the characters. Shōji Hara (PriPara) is credited as the original character designer. Mao Emura is in charge of animation story verification as well as series composition along with Hideki Ryо̄ga. Singer Chisato Akita (MIT GATHERING) is performing the opening theme song “The story so far.” Nami Nakagawa (MIT GATHERING) is performing the anime’s ending theme song “Proud Hero.”

The anime was originally announced as a global project with the Taiwanese game company UserJoy (the developer of Falcom’s works in Asia outside Japan), Funimation, content fund SYOU, and anime planning and production company NADA.

The original game series depicted the story of Rean Schwarzer in the military academy in the Erebonian Empire, but the anime will have a story that centers on the western part of the Zemurian continent based on the games.

The anime itself will get a smartphone game that will launch this year. The game will feature an original story and new characters alongside story from the anime and game series.